Both crossing and traditional Bluefaced Leicester sires were in demand at Borderway on Friday (7 October) with averages up for males of all classes as crossing types led prices.

Bidding was particularly keen for traditional ram lambs, which were £212 dearer on the year for nine fewer sold while crossing types were £74 dearer overall, with a Hundith lamb taking the top call of 9,000gns.

The trade topper was out of a Y1 Midlock dam and by F3 Scarrowmanwick from the Lawsons at Mealsgate, Wigton, and bought in a four-way share between WA and GR Sedgley, Barbon, Carnforth; JE Carruthers, Rochester, Newcastle-upon-Tyne; P Webster, Matson Ground Estate, Windermere and JE and SJL James, Maesmynis, Builth Wells. 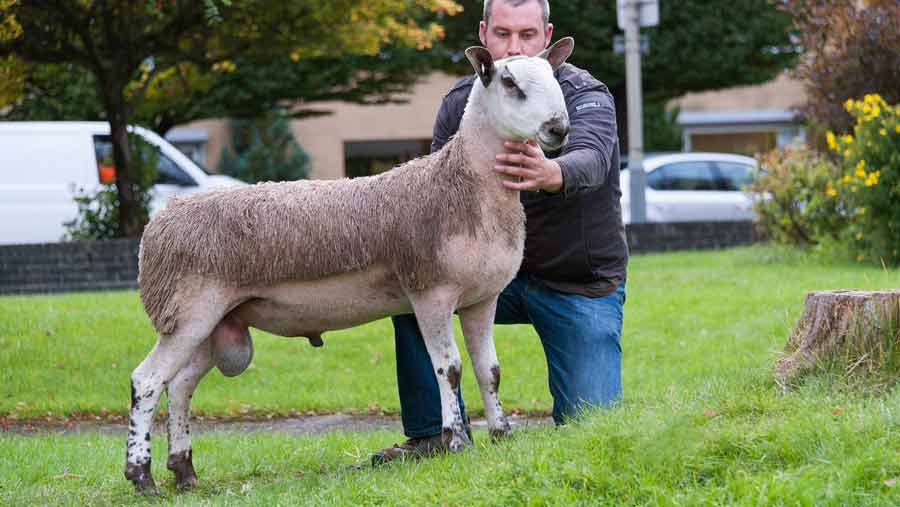 This F3 Scarrowmanwick son from the Lawson’s Hundith flock made 9,000gns © Wayne Hutchinson

Another crossing ram lamb made 8,000gns, this time from the Wight’s Midlock flock, Crawford, Biggar, in a Yorkshire split between JK Wilson, Hardisty Hill, Otley and RA Busby and Son, Marrick, Richmond. 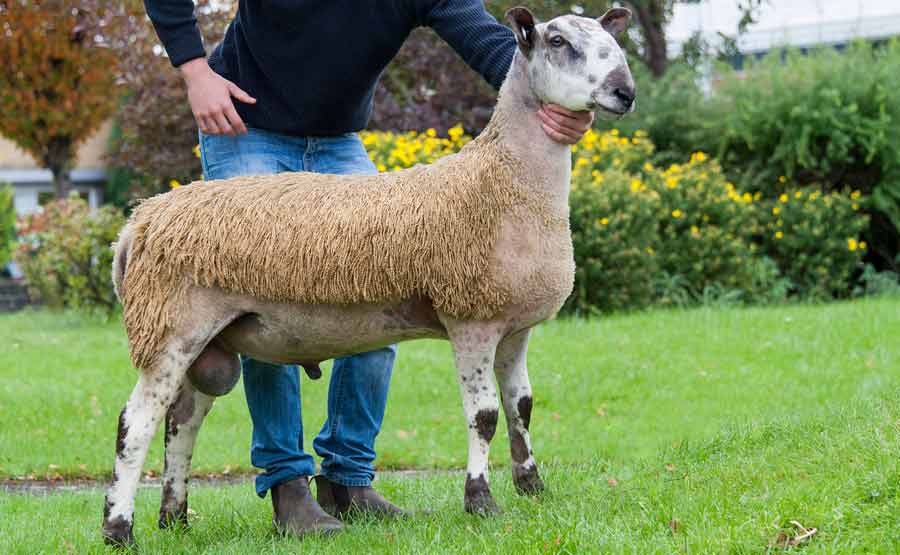 Crossing tups were in good demand as this Midlock offering made 8,000gns

He is by F27 Midlock Mustang and out of a D2 Harland dam.

Two other crossing lambs then followed at 7,000gns.

The first was from the Dawyck flock of R Thornborrow, Stobo, Peebles, knocking down to WH and DA Gass, Roweltown, Carlisle. This H1 Carry House son is out of a D17 Hewgill daughter.

Second at this price was a half-share for a F5 Penhill son out of a Z4 Shafthill dam.

He was sold between J Herdman, Edlingham, Alnwick, and WH Sharp and Sons, Lauder, Berwickshire, and was from the Hanging Wells flock of I Craig, Eastgate, Bishop Auckland.

Next at 6,500gns, knocking down to T Wray, Carnlough, Co Antrim was a G1 Marriforth son from Benson Wemyss, Peebles and the BWF Blues flock. He is out of an F15 Dawyck ewe.

Traditional-type ram lambs levelled at £637.57 and peaked at 5,200gns with the Street flock of JEG Shand and AR Carter, Westward, Wigton, for a D4 Ashes son out of an A2 PielView ewe.

He caught the eye of Derek Henderson, Allendale, Northumberland. 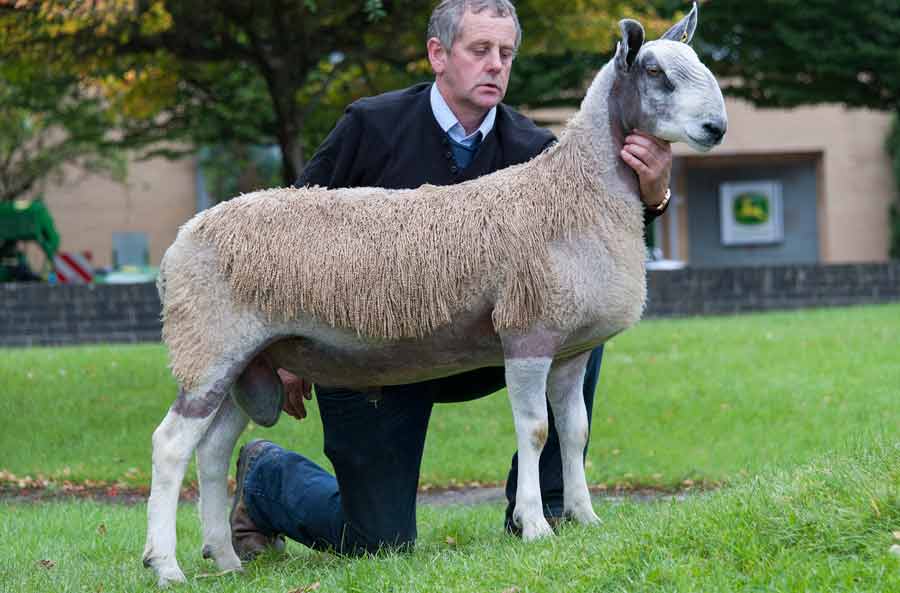 Two traditional types then made 3,400gns, the first from SA and CL Thomason of Walney Island near Barrow-in-Furness, knocking down to WJ Coltherd, Yarrow, Selkirk.

This lamb is out of an F9 Myfyrian dam and by H4 Auchry.

Also at this price was a G1 Daisy son from the performance recorded Long Mynd flock of P Howell, Bishops Castle, Shropshire. Out of a C1 Myfyrian dam, he went to Mosser Mains Farm, Cockermouth.

Elsewhere in the class, a 3,200gns call was made for a Mosser lamb and seven calls upward of 2,000gns were reported.