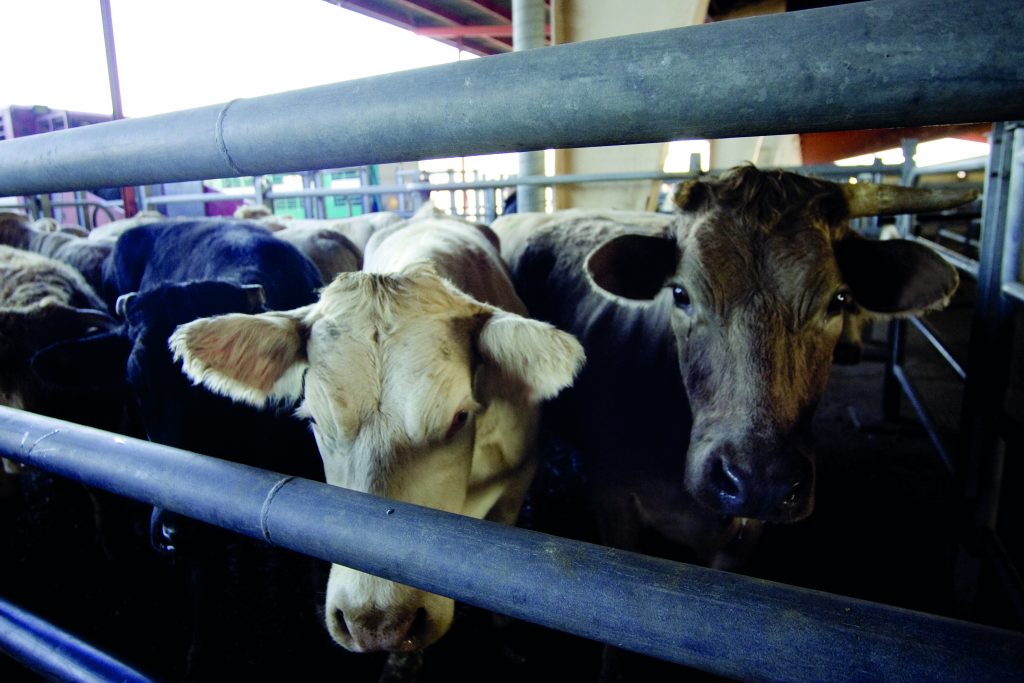 Scottish deadweight quotes started the week at a base of around 360p/kg. South of the border finishers are now seeing base prices at 345p/kg and many over 350p/kg.

The upturn has added 30p/kg to some carcasses in three weeks. Store cattle prices have strengthened in response, lifting about 5p/kg in each of the past two weeks.

Thainstone’s sale (22 May) was 10p/kg dearer for both steers and heifers than at the start of May at averages of 229p/kg and 224p/kg respectively.

Many sources say the rise is due to supply being tight and demand helped along by barbecue weather. AHDB figures show for the three-week period ending 16 May there were 8% fewer steers, 5% fewer heifers, 10% fewer bulls and 5% fewer cows sold deadweight on the year.

Irish data shows almost 6,000 fewer cattle were slaughtered for the week ending 16 May than in the same week of 2019.

Robert Venner and the team at Greenslade Taylor Hunt saw close to 900 stores through the ring on Saturday (23 May), reporting that trade was dearer across the board.

He said buyers were “very keen and cattle were very dear”, adding that the rise looks to be supply driven.

HMRC data showed the UK’s March beef imports were down 8% on the year and down 11% for the first quarter of the year compared to the same period in 2019.

£1,640
Record price for a Limousin cull cow at Monmouthshire last week (20 May)

The entry is typically two-thirds dairy-bred or dairy cross and a third suckler-bred. Most cattle are sold as yearlings or older.

Auctioneer Giles Drew said that the price of yearling continental-cross store cattle was up to £100 a head dearer than in early April.

“The liveweight price of fat cattle has been very good for several weeks now,” said Mr Drew. “It’s only wholesalers who are struggling because they’ve lost the restaurants.”