A larger show of 708 (+17) shearlings were back £14 on the year despite the phenomenal bid as averages were generally slightly behind 2017.

Ram lambs were back the most, with a drop of £206 reported on the year for 14 fewer sold, with lamb prices struggling to match last year’s eye-catching bid of 27,000gns for Kingledores Crusader.

Record-breaking Airyolland Castro is a twin-born and home-bred son of Airyolland Asulam and Corstane Max daughter Airyolland Tramp and beats the 60,000gns record set by Grant and Gemma Anderson’s Topflite Al Pacino in 2016. 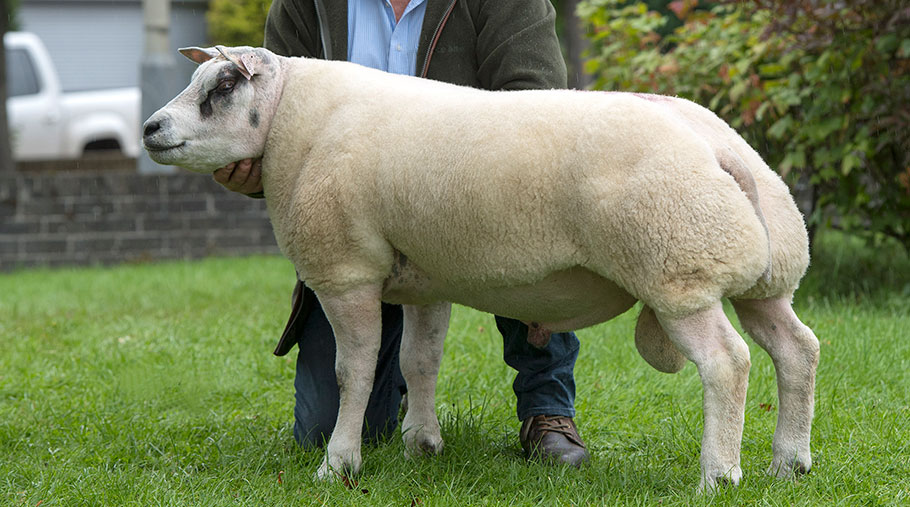 Bringing “size, shape and character”, Castro will leave the New Luce area around Newton Stewart, Wigtownshire, for the flat country of Shropshire to provide new bloodlines to the Tippett flocks.

Next at 15,000gns was Black Jack Casanova from Ross and Kirsty Williams, Aberdeenshire, which sold to a two-way share of Messrs Hall, Carlisle, and the McQuistins. He is by Padkin Sugar Daddy and out of a Callacrag dam by Clary Navy. 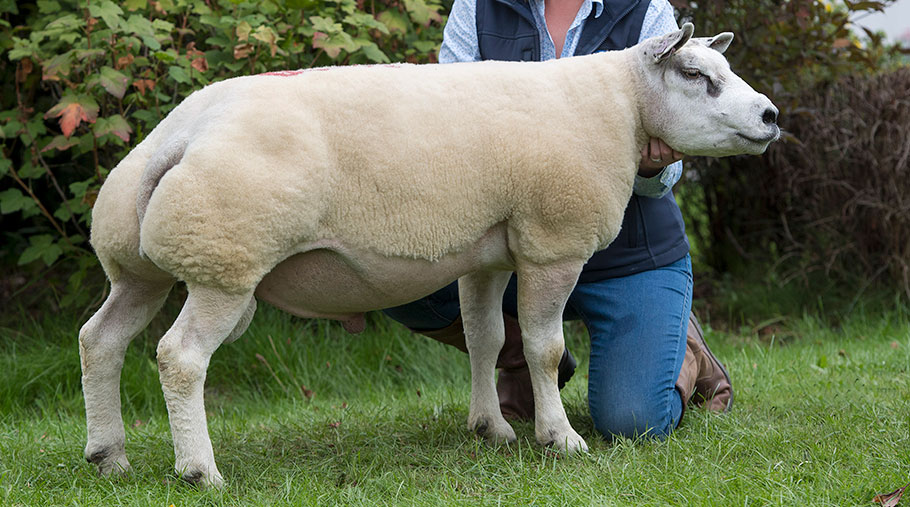 Close behind at 14,000gns was Ardstewart Coyote from Wade and Alison McCrabbe, Raphoe, County Donegal, sold in a two-way split between Messrs Whiteford, Brampton, Cumbria, and Messrs Little, Carlisle, Cumbria. 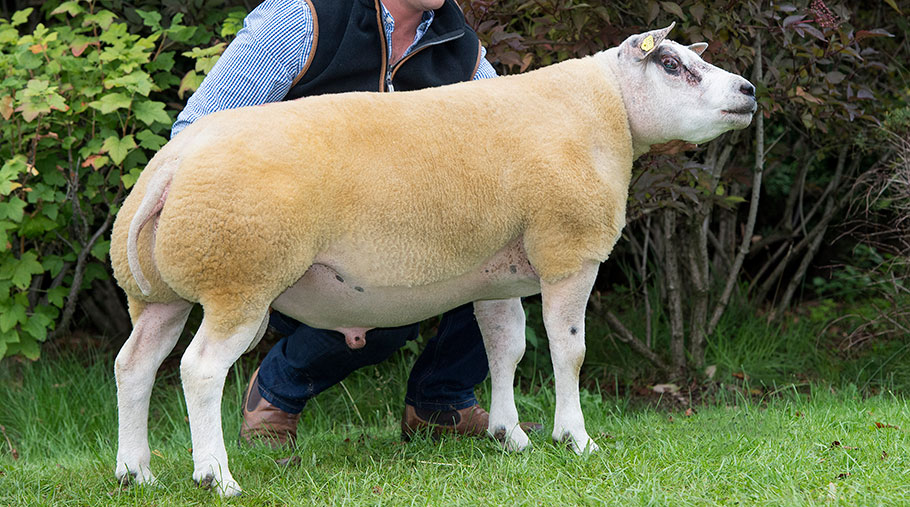 He is a Langlands Trojan son out of Brought Pound Stretcher daughter Ardstewart Skindrella.

A brace of lambs hit 10,000gns as 184 lots made £1,256.23. First to hit double figures was Matt’s Ducati from Matthew Burleigh, Enniskillen, County Fermanagh.

He is an ET-bred Hackney Corker son out of Hackney Warrior daughter Matt’s Actress. Ducati’s paternal grandsire is the famous Topflite Al Pacino. He sold to Andrew Wood and family, Preston, Lancashire, for the Withy Trees flock. 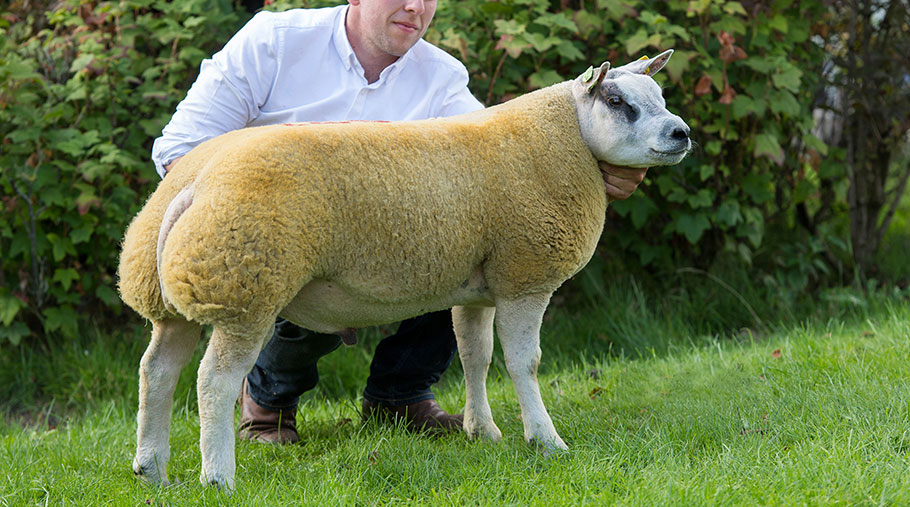 Also at this money was Highland Show ram lamb champion Clary Desperado from Jock McMillan. He is by Henry V/H Vrijbos and out of an Orkney Something Special daughter.

Leading gimmer trade at 7,500gns was Heber Park Carmen, from the Shuttleworth family, Gargrave, Skipton. She is by Plumtree Wonderful son Buckles Balmoral and out of Heber Park Ariettie, a Kingledores Walter dam. She also sold to Paul and Christine Tippetts, Shropshire. 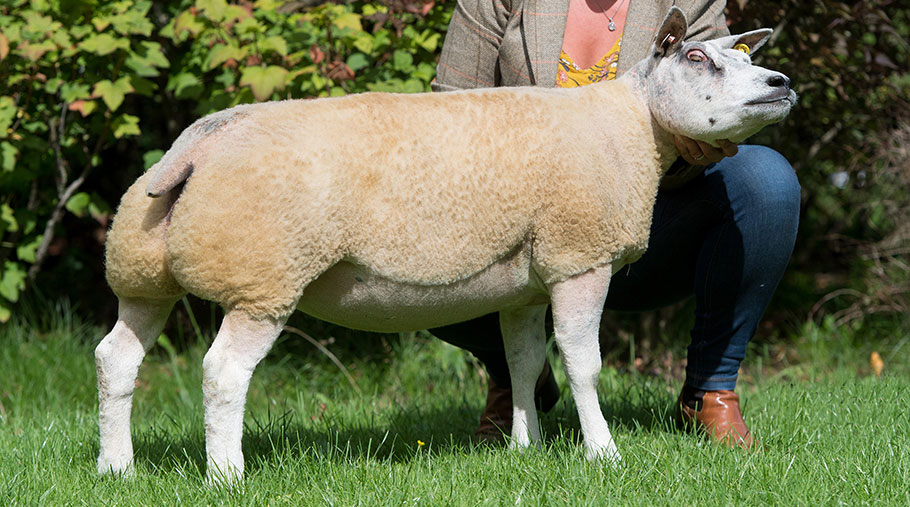 Second best at 6,200gns was Todhall Cider from IA Wainwright. She is a Rathbone Alien daughter out of a Woodies Pride of the North daughter and went home with Messrs Cropper, Rossendale, Lancashire.