Trade lifted £14 on the year at the NSA Wales and Border sale, Builth Wells, on Monday (25 September) as a lively day’s trading saw highs of 9,500gns.

Topping the trade was a Bluefaced Leicester shearling from Michael and Nicky Gray of the Espley Flock, Morpeth, Northumberland, with a lamb whose brother made 7,500gns at Builth Wells last year. 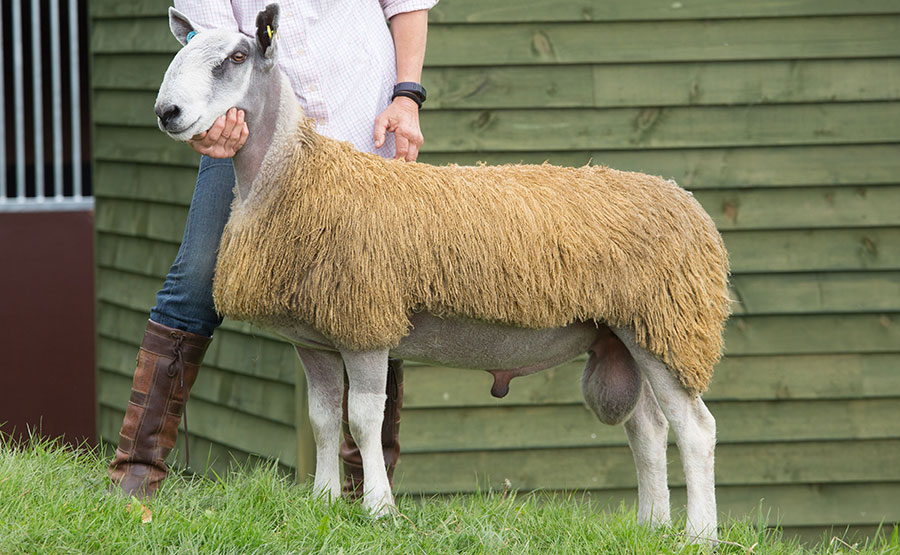 Espley sires topped the sale with a flock best of 9,500gns

The ram was by F2 Ashes and out of a C15 Gurgoer dam and was knocked down to the Ingrams, Logie Durno, Pitcaple, Aberdeen, after winning the breed championship in the pre-sale show.

This is the top price the Gray family has achieved and was followed by 5,000gns and 4,000gns calls for Espley progeny.

Texels topped at 8,600gns with a shearling from local breeders Michael and Ella James, Duhonw flock, Maesmynis. Duhonw You Belter is by Meinspride Usain and out of a Hull House Texas Jack dam. 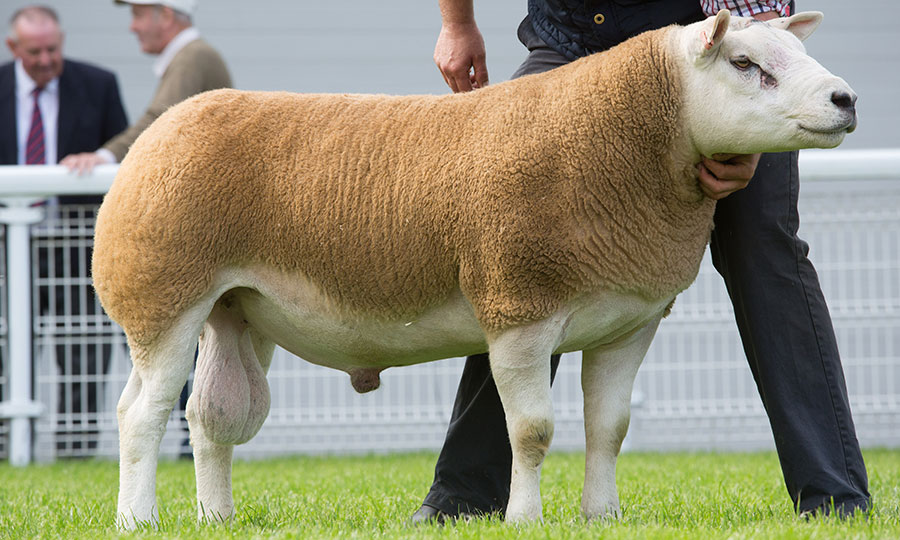 He was snapped up by Robert Rennie, Sydenham, Kelso, who is expected to disperse his Robex flock later this year.

On a great day of Texel trading that saw averages and throughput up, Duhonw You’re the One, who is of the same breeding as You Belter, was next in the money at 8,000gns, which was sold in a three-way split to John Elliot Jnr, Roxburgh, Paul Philips, Kimbolton and Ed Page, Bedale.

Lleyns topped at 3,500gns with a shearling from Derek Steen, Lockerbie, which was knocked down to Simon Kavanagh, Skipton, a regular at Builth since 2002. 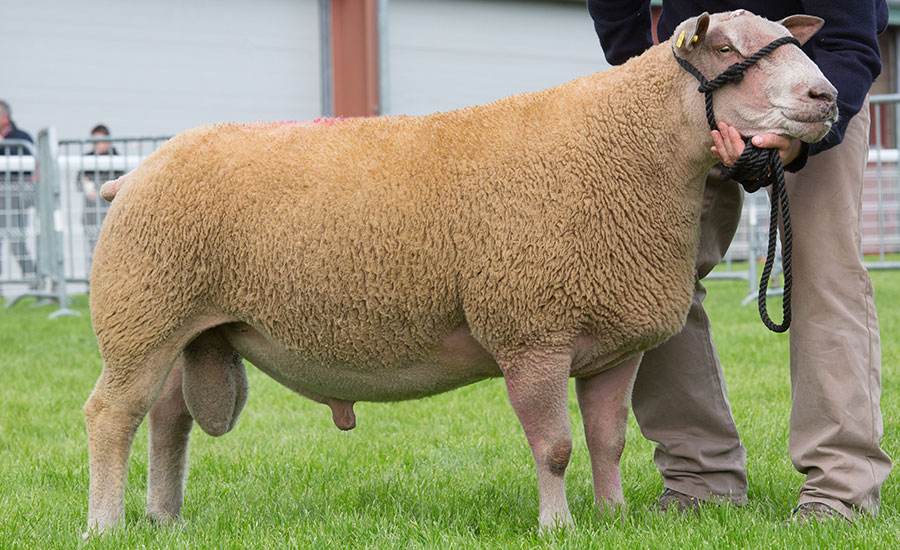 Charollais shearlings topped at 2,850gns and were £68 dearer on the year

Charollais topped at 2,850gns with a solid shearling from Jeremy Price, Hereford, which was bought by Joe Powell, Welshpool. Charollais ram lambs topped at 2,300gns with the Corbetts of Newent, Gloucestershire, selling to David Roberts of the Shropshire-based Boyo flock.