A year of higher margins for suckled calf producers and finishers helped lift averages at the annual Limousin show and sale at Borderway last week (17 October).

Breed society secretary Will Ketley said Covid-19 disruption had led to many more bulls being sold privately off farm than would normally be expected, but the society was content with quality and demand.

In a repeat of the 2017 and 2019 sales, it was Ampertaine genetics from James McKay, Maghera, Country Derry that achieved the top call. 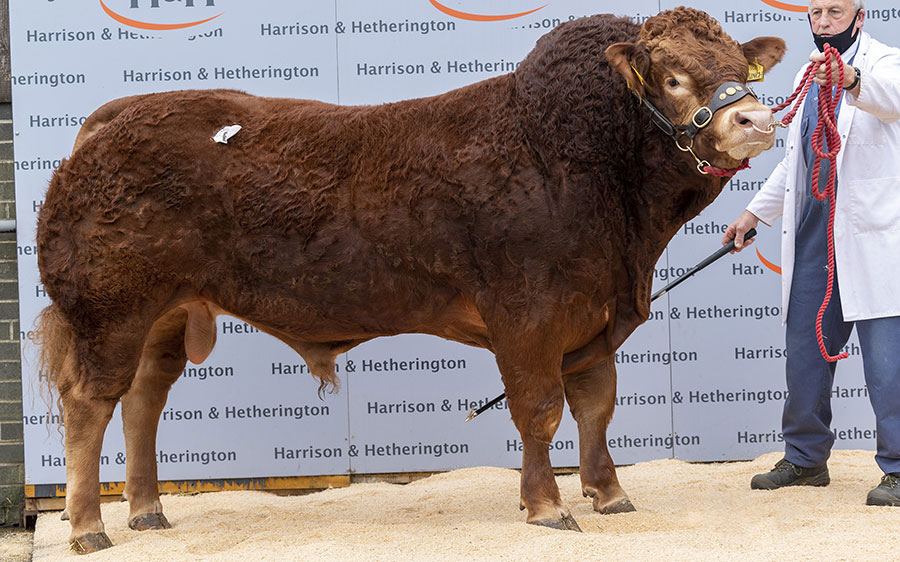 Ampertaine Punch topped the day’s trading at 35,000gns. He was bought by the Boden and Davies team from Mellor, Stockport. The March 2019-born sire is out of Ampertaine Millie and by Ampertaine Majestic, a family that has produced 10,500gns, 8,500gns and 7,200gns calls. He goes back to Plumtree Fantastic and Goldies Fantastic.

The Ampertaine herd has sold several bulls privately this year, but Mr Mckay said he was really glad he was able to sell Punch at Carlisle.

Next at 24,000gns was another Northern Irish consignment, this time from S Reel, Newry, County Down, who collected and retained semen straws from their top sire.

Gorrycam Phantom went home with Messrs Lewis, Buttington, Welshpool. He is by the easy-calving Saphir son Lodge Hamlet, and out of Wilodge Cerberus dam Gorrycam Honey. This line has produced Hunter at 28,000gns, Hazzard at 26,000gns and Major at 20,000gns. 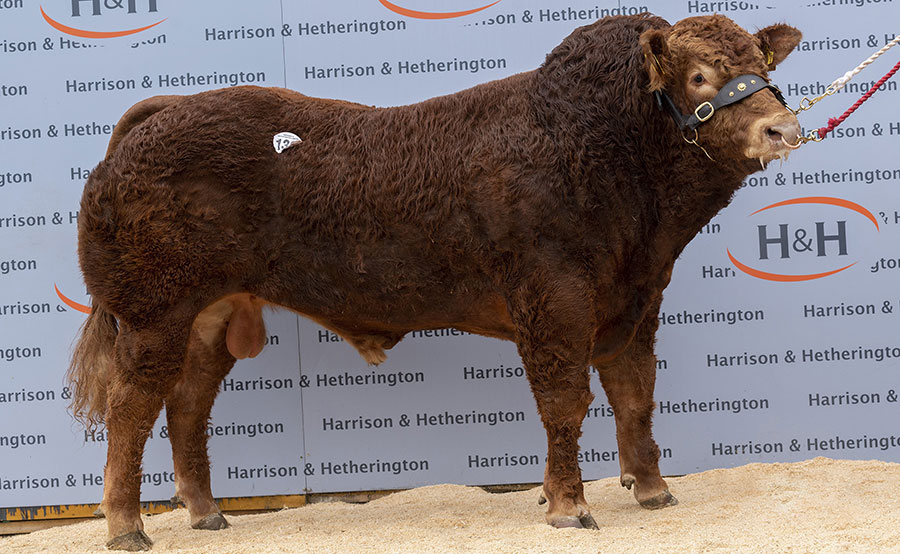 Next at 18,000gns was Pabo Procters from WP Hughes and Son, Llanbabo, Anglesey, which caught the eye of Messrs Jenkinson, Clifton, Penrith. His dam is the powerful and milky cow Pabo Jympa, a full sister to Pabo Francis, which sold to the Gaich herd for 13,500gns. Jympa is a Sympa daughter. Proctors’ sire is the Machermore Augustus son Derrygullinane Kingbull. 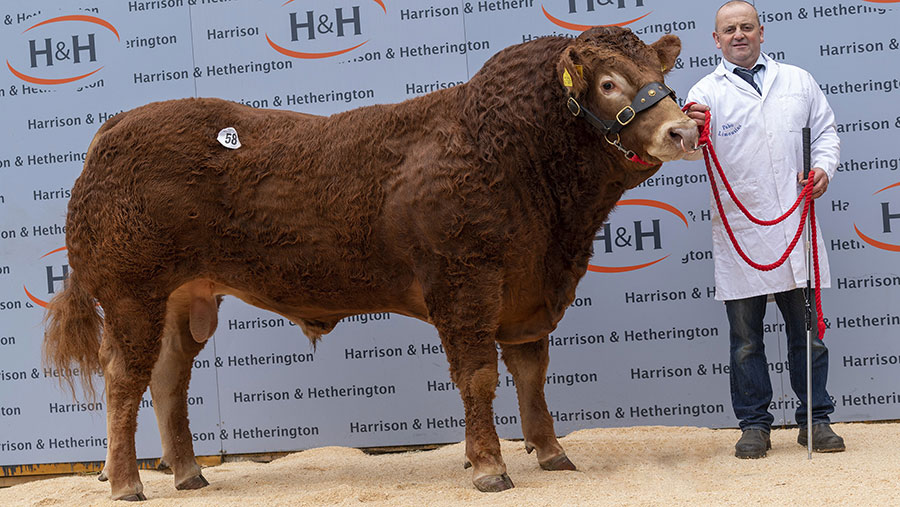 The April 2019-born Maraiscote Pedro from J Nimmo, Newmains, Wishaw, made 16,500gns as part of a run of four bulls that averaged £9,582. He caught the eye of the Killerton herd, Columbjohn Farm, Rewe, Exeter. He is by the Millgate Fame son Bassingfield Machoman and out of Virginia Andy daughter Maraiscote Lavender. 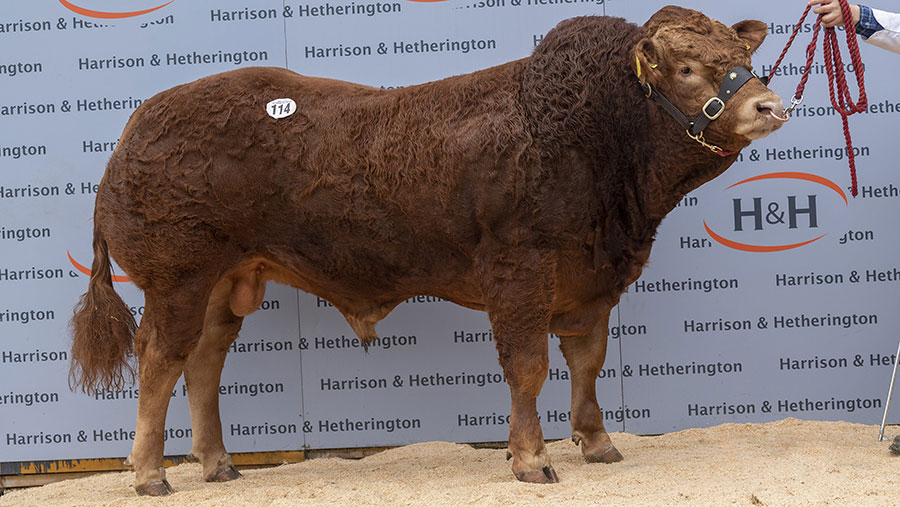 Next at 14,000gns was Redriver Powerful from JAD Hunter, Annan, Dumfriesshire. He is out of Redriver Gracie, the herd’s best cow, and by Lodge Hamlet. He was sold to Messrs Baillie, Tankerness, Orkney.

He is out of the Swarland Eddie daughter Millgate Ita and by Millgate Jack, which goes back to Condor. He sold to Messrs Callion, Stirling.

Another from the Maraiscote herd made 9,000gns. Maraiscote Politician is bred the same way as Pedro and went home with Messrs Harper and Son, Skirling, Biggar.

At 8,500gns was Spittalton Partner from J Burnett and Sons, Stirling. He is a Dylans Irnbru son out of a Spittalton Hansy daughter.

He was knocked down to KD and DE Millar and Partners, Canonbie, Dumfriesshire.

Two then made 8,000gns. The first at this money was Goldies Port from Bruce Goldie, Mouswald, Dumfries and Galloway. He was bought by JL Hartley, Much Wenlock, Shropshire.

Port is a Kaprico Monarch son and is out of Goldies Littlegem, which goes back to the 38,000gns Ampertaine Foreman.

Haneve Pilot from JA Murray, Tow Law, Bishop Auckland, also made 8,000gns. He is by Dylans Irnbru and out of a Lodge hamlet daughter. He caught the eye of BJ and L Pritchard, Abergavenny, Monmouthshire.