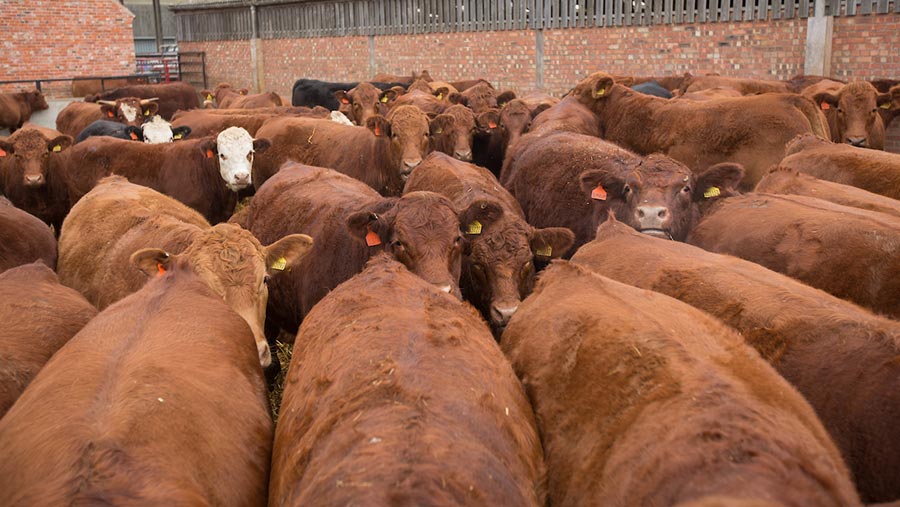 Analysts expect beef demand to continue outstripping supply this summer and have given a positive price outlook.

Scottish processors are still paying commercial bases of more than 4.05p/kg, with many quotes south of the border at 390-395p/kg.

Yarded cattle have tightened, while a cold and wet spring has limited grass-finished supply.

Latest figures on Europe’s cattle supply suggest numbers are 9% back on the year, while Argentina has imposed an inflation-fighting, 30-day beef export ban in mid-May.

The trade has reported more Brazilian beef is heading to China, with many asking whether a lockdown-weary catering sector will be forced to buy imported frozen beef to ensure margins and cashflow.

“Typically, harvest comes and cattle come dearer,” Bernie Hutchinson of Barbers told Farmers Weekly. “We still have a phenomenal amount of butcher demand and the wholesalers are telling us sales are still buoyant.”

Bull supplies have tightened considerably over the past year due to more finishers dealing steers and the use of sexed semen on dairy cows resulting in far fewer black and white bulls around.

The best cattle are no less money than earlier in the year, despite deadweight price cuts, said auctioneer Martin Lloyd.

“They have been a little bit harder to sell but still achieving strong prices,” he told Farmers Weekly. “The mid-road cattle in particular still look a very good trade.”

“Cattle are in short supply in general,” he said. “People have seen the rewards for having cattle properly fed. Grain is more valuable, but buyers demand meaty, well-finished cattle.”