Charolais chief executive David Benson said the trade had been “selective” because of a reluctance among buyers to keep bulls over the winter.

“It was a buyers’ market and there was a good show of bulls. The younger bulls sold well. Buyers were looking for calving ease and health,” he added. 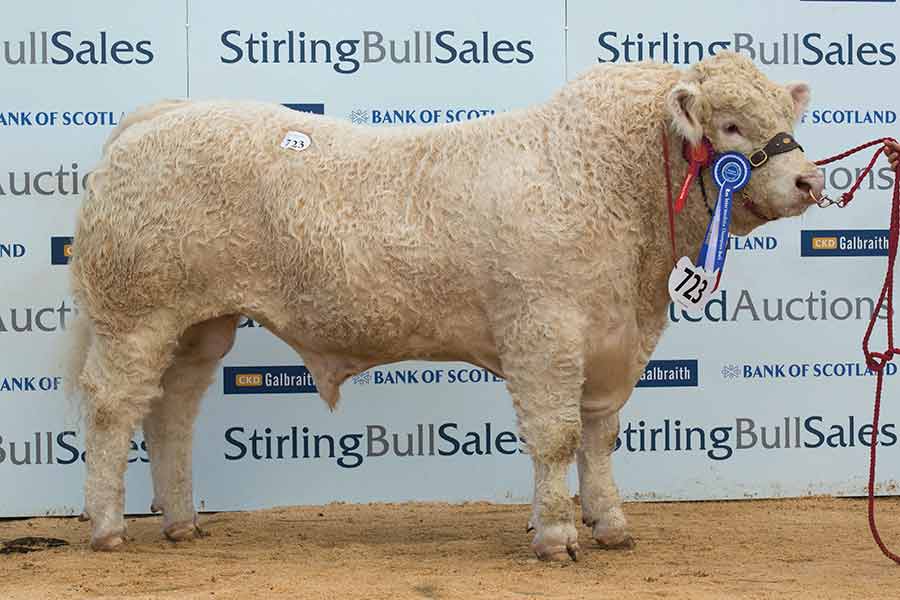 Linford also carries Blelack pedigree, this time by the proven easy-calving Digger. He is out of Goldies Happiness and was knocked down to Emor Evans for his Maerdy herd, Mold, Flintshire.

Prices failed to reach the dizzy heights of the previous day, when it hit 30,000gns at the dispersal of the Massie family’s notable Blelack herd.

The headline price went to the three-year-old bull Oakchurch Igor, sired by Goldies Iggy and out of Goldies Uptown, which is bred from some of Blelack’s top lines and boasts a TSI of +57 and a SRI of +51. He was the pick of Kedzlie Farm, Blainslie, Lauderdale.

He headed home with WP Bruce, Meigle, Perthshire. Lennon is out of Sagesse Florienne and by Goldies Usher. 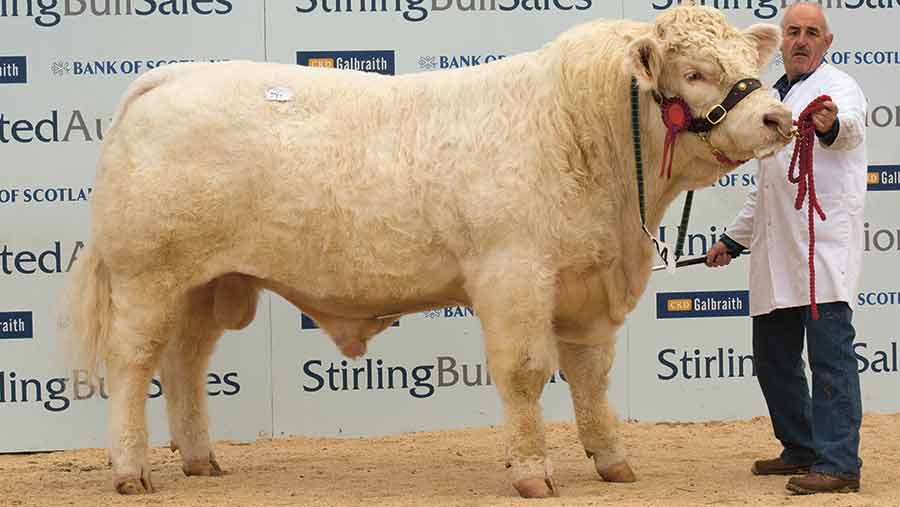 Next at 14,000gns was the May 2015-born junior champion Balthayock Loyalist, a son of Maerdy Grendier from Perth-based breeders Major Walter.

He caught the eye of the day’s judge Bob Adam, Glamis, Angus, and is out of one of Balthayock’s best breeding cows, Balthayock Glory. 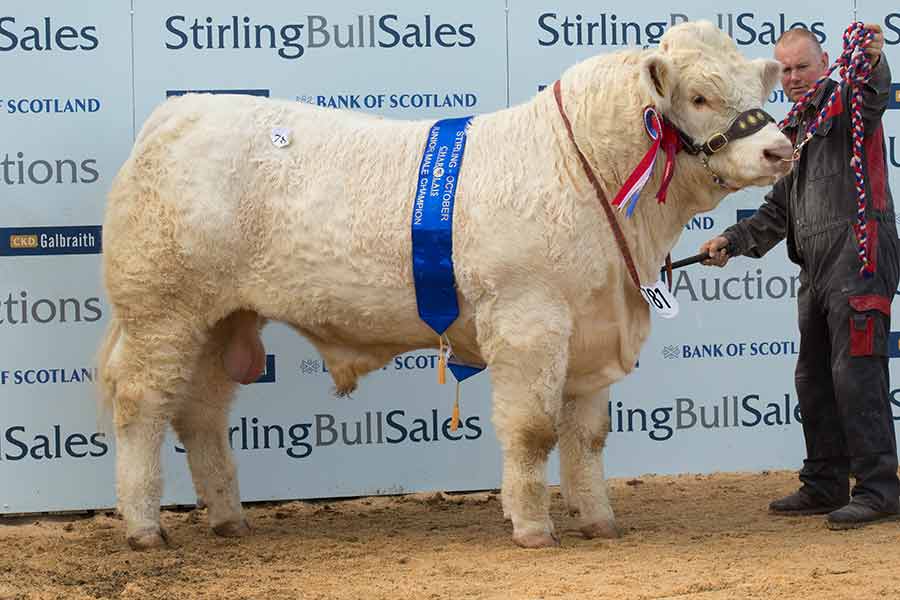 Two lots made 12,000gns. First to sell was Battleford Lynx from B Finnegan, Dungannon, County Tyrone. 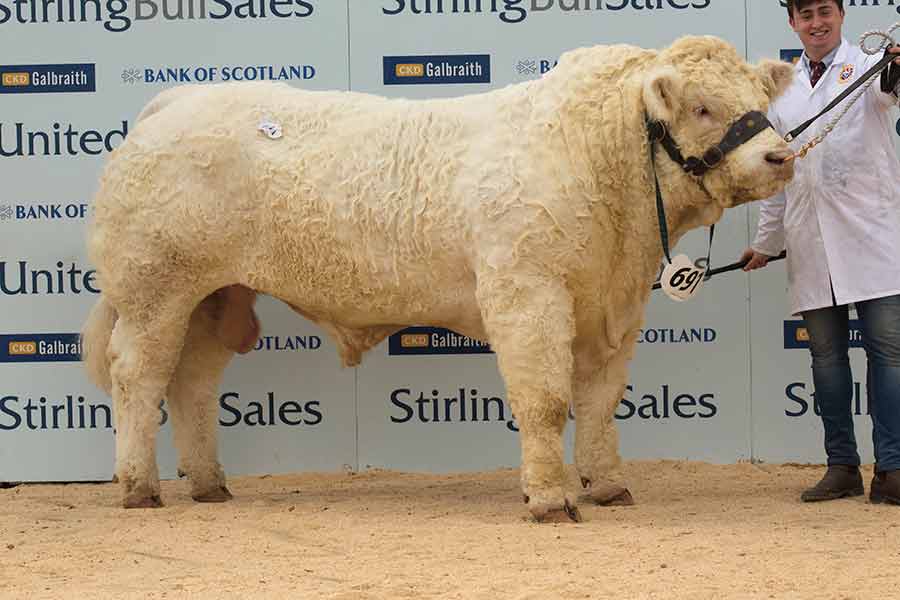 This March 2015-born bull is sired by Blelack Blackberet and out of Blelack Cerise. Buyer was Mr and Mrs White, Swanage, Dorset.

At the same money was Elrick Legend from MJ Massie, Auchnagatt, Ellon. 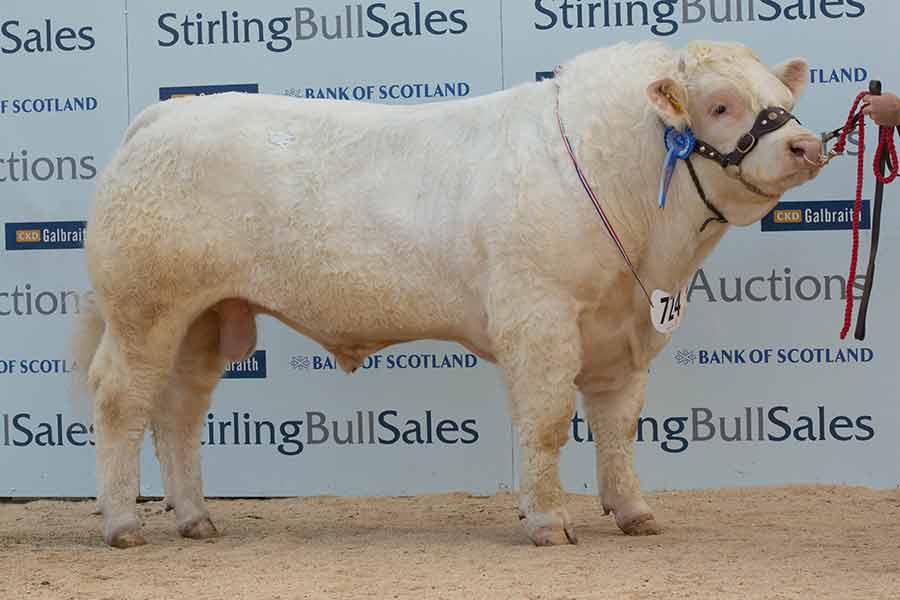 Sired by Thrunton Fearless, he is out of the Coolnaslee Adversary daughter Elrick Davina and was the pick of JD Leavesley, Burton on Trent. 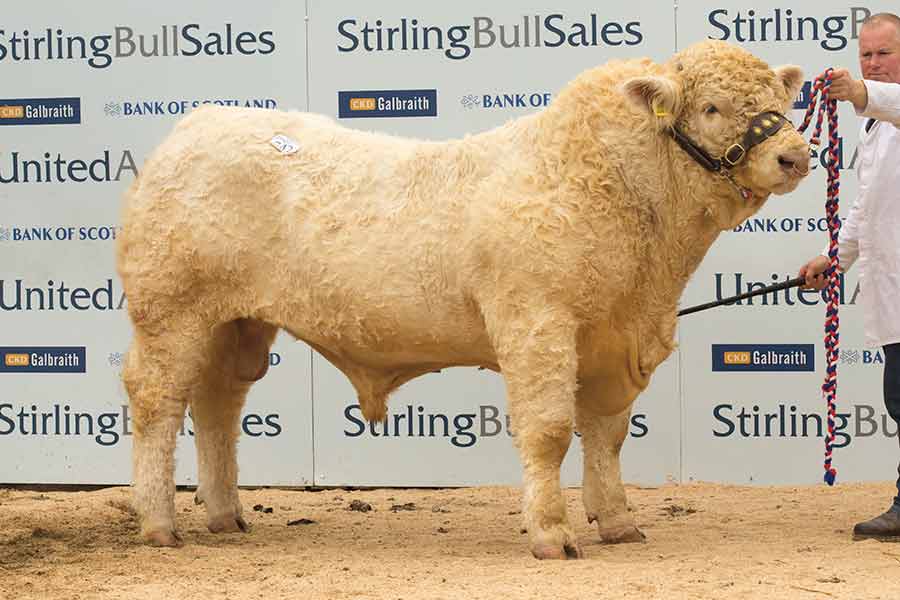 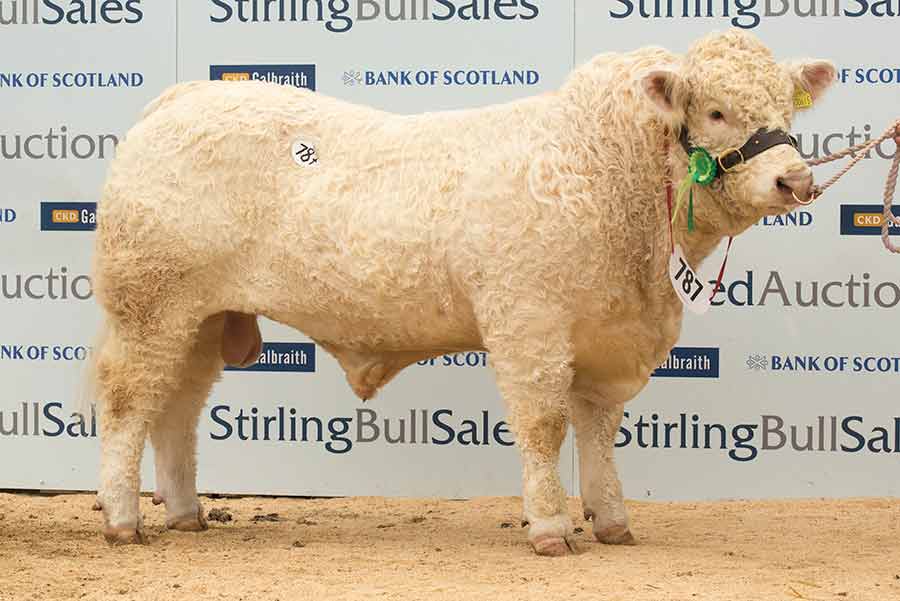