Charolais cattle sold to a top price of 5,100gns at the Northern Ireland Charolais Club sale at Dungannon on Friday (4 November).

Maghera breeder Gilbert Crawford bagged the top prices of the day and reserve championships in the senior and junior bull sections. 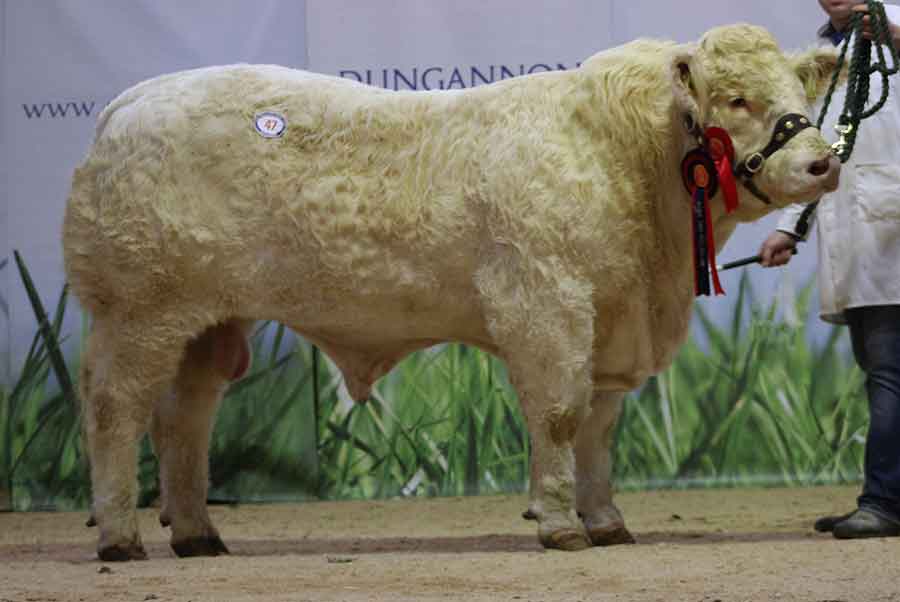 See also: Charolais averages down on the year at Stirling

Mr Crawford’s reserve supreme and reserve senior male champion Coolnaslee Lamarr, another one- month-old sired by Goldstar Hugo2 and out of the home-bred Coolnaslee Dancer by the 14,000gns Allanfauld Superscot, made 4,100gns when selling to Dermot McCullagh, Swatragh, Co Derry. 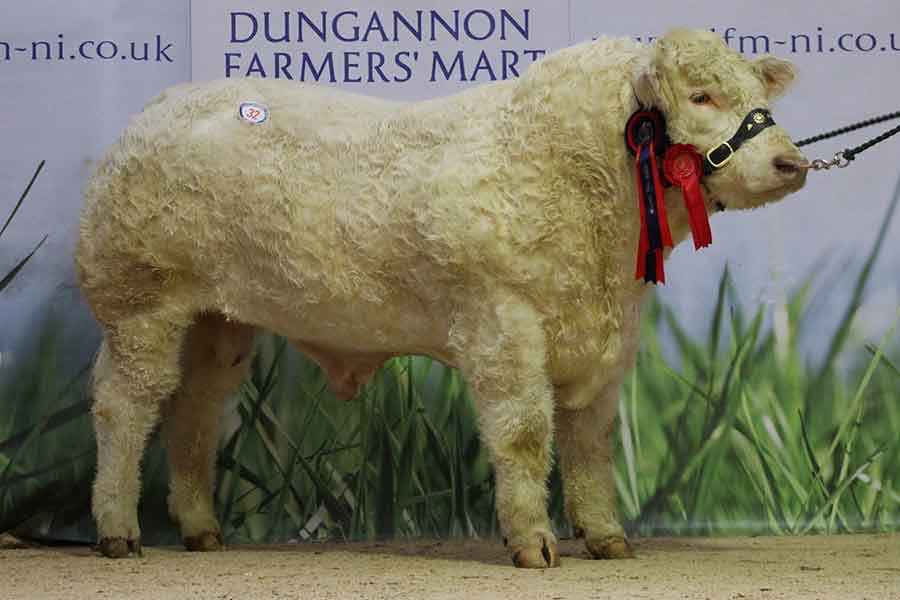 The first was a July 2015-born entry from Jeremy Paynter, Hockley, Co Armagh. Drumilly Legend, a son of Goldies Eddy and out of the home-bred dam Drumilly Favourite, was knocked down to RD Armstrong, Lisburn, Co Antrim.

Lightning is another 15-month-old, this time sired by the 9,000gns Balmoral supreme champion Goldies Carnival and exhibited by Brian and William McAllister, Kells, Co Antrim.

Matching the 4,100gns price tag was an entry from Stuart and David Bothwell, Ballina Mallard, Co Fermanagh. The 14-month-old Killadeas Liam by Blelack Digger headed to Co Down with Rowland Wilson.

Just shy of this and selling for 3,900gns was junior male champion Ratoary Logan from Sean McGovern, Clogher, Co Tyrone. This June 2015-born son of the Ratoary Honkydory was snapped up by James Rice, Armagh, Co Armagh.

Leading the bids for the females at 3,400gns was an entry from the dispersal of the Liscurry herd on behalf of Alistair, Trevor and William Hume, Strabane, Co Tyrone.

The favourite in this section and commanding a bid of 3,400gns from Richard Bailie, Newtownhamilton, Co Down, was the Blelack Digger daughter Liscurry Gemini and her six-month-old twin bull calves Liscurry Masterstroke and Liscurry Michelangelo sired by Liscurry Hercules.

Next best and selling for 3,000gns was the female champion Drumlone Lulu from Kenneth Veitch, Lisbellaw, Co Fermanagh.

She is sired by the Highland Show reserve junior bull champion Elgin Davinci and is out of Drumlone Gwen by Maerdy Grimaldi. Buyer was young breeder Andrew Dunne from Kinawley, Co Fermanagh. 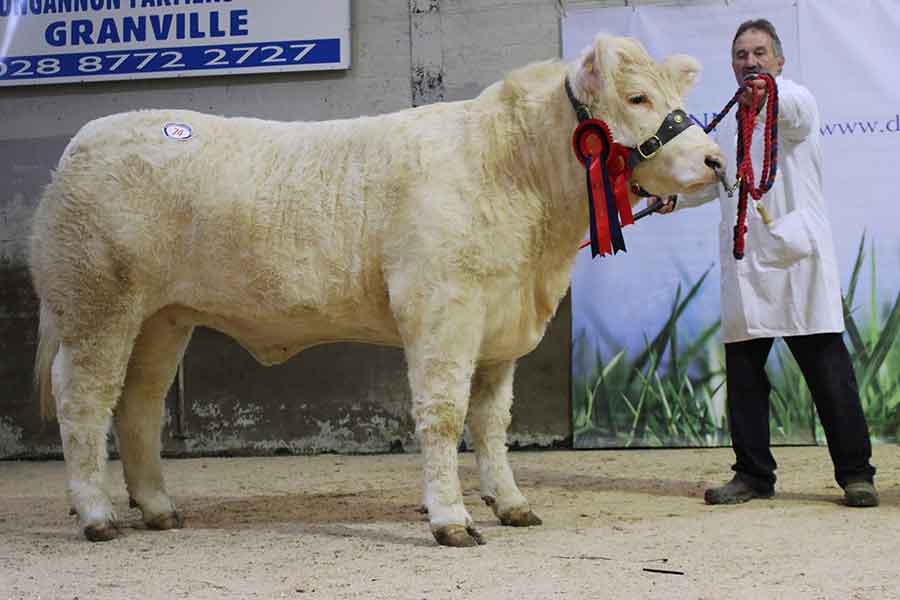 Following on and the first of two to sell at 2,500gns was the reserve female champion Moorlough Joanna, another entry from James McBride.

This September 2014-born daughter of Liscally ETI and Moorlough Annie, who goes back to the 10,000gns Portadown supreme champion Moorlough Palo, was purchased by Liam Ruddy, Strabane, Co Tyrone.