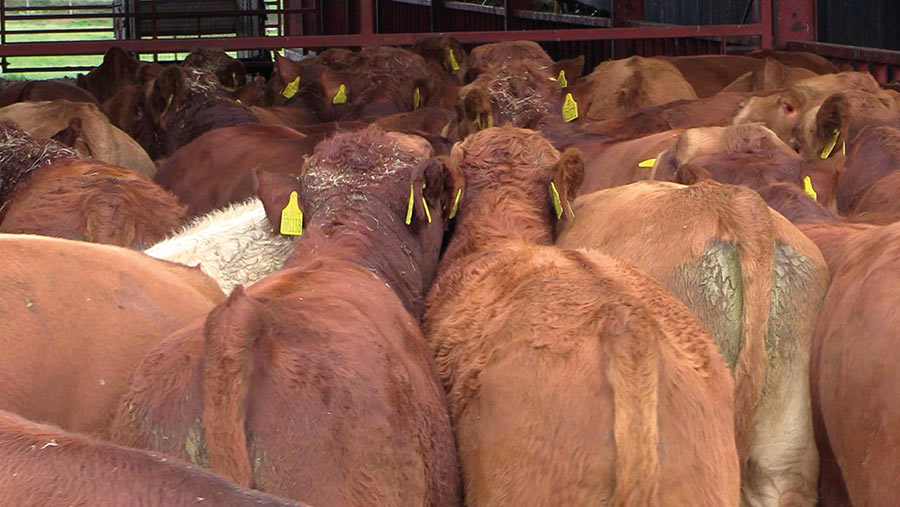 A seasonal rise in deadweight prices has filtered down to the store ring to make cattle even dearer at many centres.

Cattle supplies have been relatively tight this summer as finishers capitalised on strong prices, and in recent days factory quotes have matched those summer highs.

The industry expects no let-up in store trade as December brings the subsidy payment window and the seasonal tightening of cattle.

Ian Tanner of Southern Counties Auctioneers said he was doubtful whether the Basic Payment Scheme payment window, opening on 1 December, would change the value of most cattle.

“I don’t think store cattle can get any dearer,” Mr Tanner said. “If numbers remain tight then the lesser cattle will become dearer – the bottom of the market might lift.”

He said animals needing 60-90-days on feed were a very strong trade, but even second-quality and small-for-age cattle were dear for what they were.

The most sought-after continental suckled calves are regularly still £120-£150 a head higher on the year at Monmouth, according to Steve Williams, auctioneer at Monmouthshire Livestock Centre.

Mr Williams said quality was key, and the better calves were a stronger trade on the year than the rest.

“Suckler farmers need calves coming to this sort of money,’” he said.

Mr Williams said farmers felt trade may have peaked at the start of November, but prices had remained very firm since then.