Commercial buyers underpinned Limousin trade at Stirling on Monday (6 February), leading to a high of 12,000gns and one of the highest clearance rates seen at Stirling for some years.

Leading the sale at 12,000gns was Goldies Lordoftherings from the prolific Goldies herd of Bruce Goldie, Townfoot Farm, Mouswald, Dumfries. 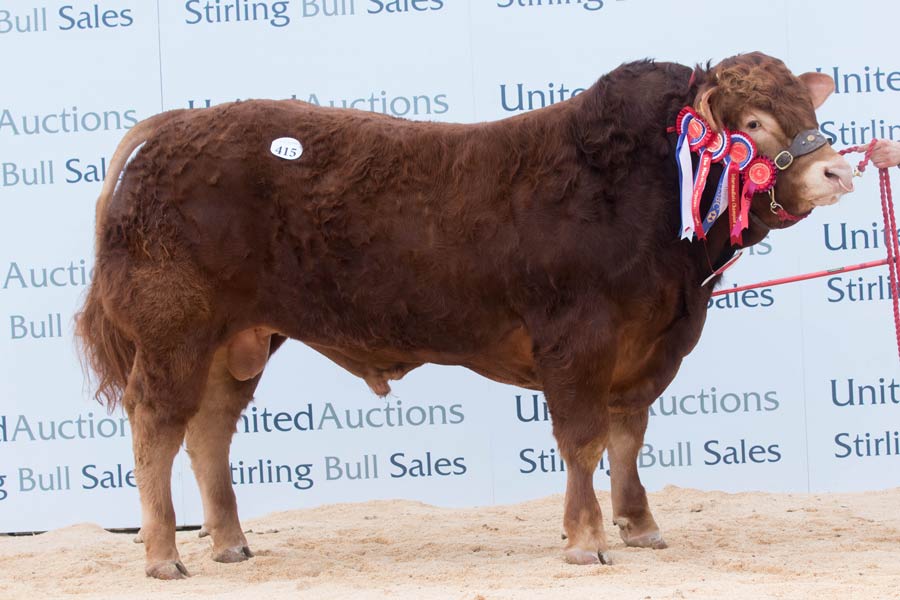 This June 2015-born bull had earlier in the day secured the overall supreme championship in the pre-sale show.

An embryo calf, Goldies Lordoftherings is entirely home-bred – sired by Goldies Fantastic, a Wilodge Vantastic son, and out of Goldies Dove.

Purchasing the top-priced beast for his 65-cow pedigree Dyke herd was JR MacGregor, Dyke Farm, Milton of Campsie, Glasgow. Donald MacGregor said: “This was just the standout bull on the day.  He has power, width, plenty of volume and backs this up with a great pedigree and strong performance figures.”

The show judge added: “The champion is a terrific bull all round. He has a lot of presence and style, carries himself well and just flows. He’s very clean, has a great top, great width in the plates and is full of meat coming right down into the hock.

“Having all the attributes of a breeder’s bull, he could very much do both jobs, pedigree and commercial, with the muscle, style and length that he has.”

The Goldies herd saw seven bulls in all sell to average £5,535. This included the reserve junior champion Goldies Black Lee at 5,000gns.

This July 2015-born polled bull is by Haltcliffe Doctor and is out of Goldies Toronto, which has previously bred bulls to 12,000gns.  Purchasing Goldies Black Lee was J and J Wyllie, Crossford, Dunfermline.

Next in the money at 11,000gns and confirming a ready demand for some quality black Limousin bulls on offer was the family partnership of Mary Fotheringham and Robert and Hazel MacNee, (Westhall) Overfinlarg Farm, Tealing, Dundee, with their reserve senior champion, Westhall Black Landman. 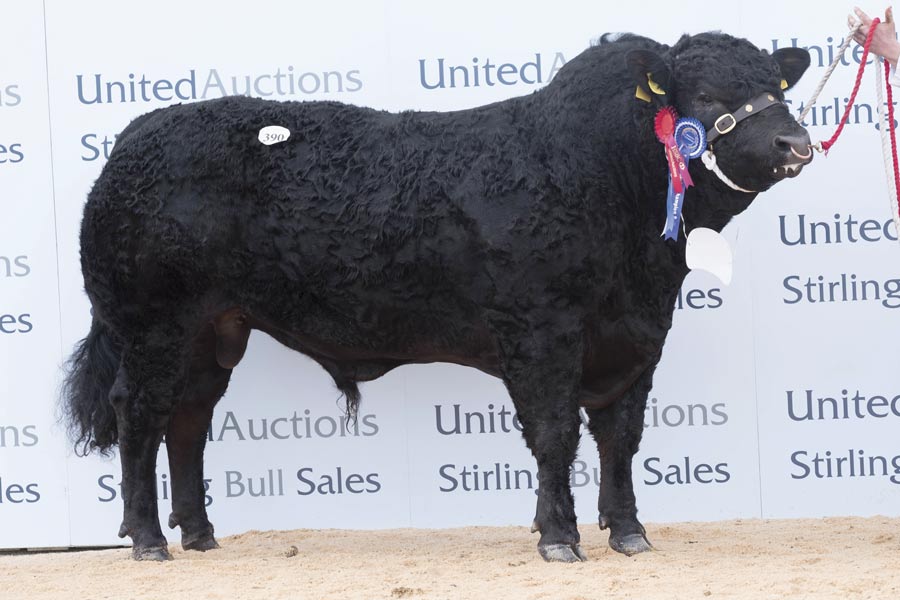 April 2015-born Landman is one of the first calves to be offered for sale from Newhouse Hartley, which was purchased at Stirling in 2014 for 12,000gns from Bob and Kay Adam, Newhouse of Glamis Forfar.

He is out of the Westhall Fothers-sired dam Westhall Hlame and was bought by Wester Kinloch Farm, Blairgowrie, Perth.

Selling at 8,000gns was Westhall Black Lance. Born in April 2015, Lance is by the home-bred Westhall Fothers and is out of the Tamarvalley Boscastle-sired Westhall Fame. He sold to J and J Pattullo, Sandyford, Kirriemuir, Angus. 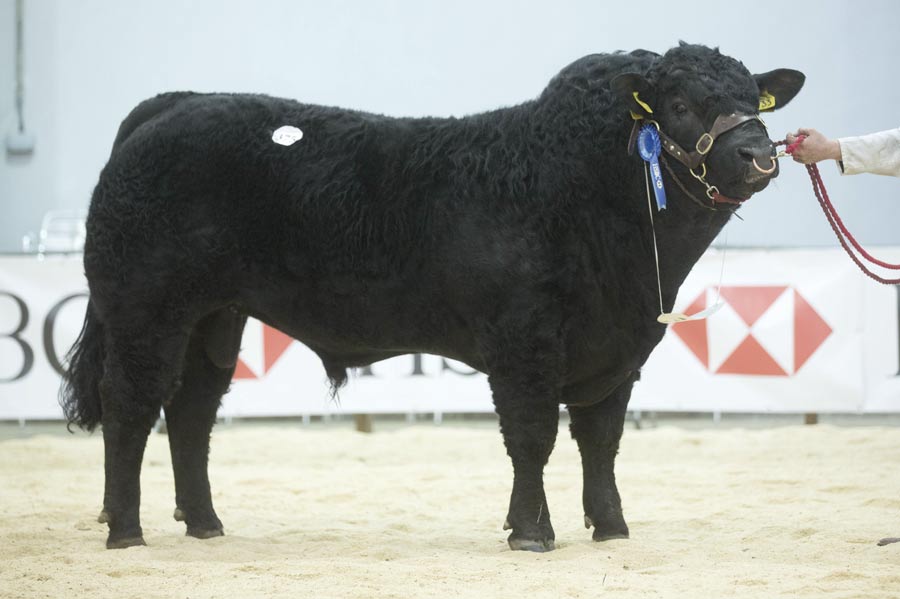 From the same class, Westhall Black Lordofthedance made 6,800gns when selling to the Fife-based commercial herd of Balcaskie Farms, Lochty Farm, Anstruther.

This March 2015-born this bull is another by Newhouse Hartley and is out of Westhall Gogogirl. 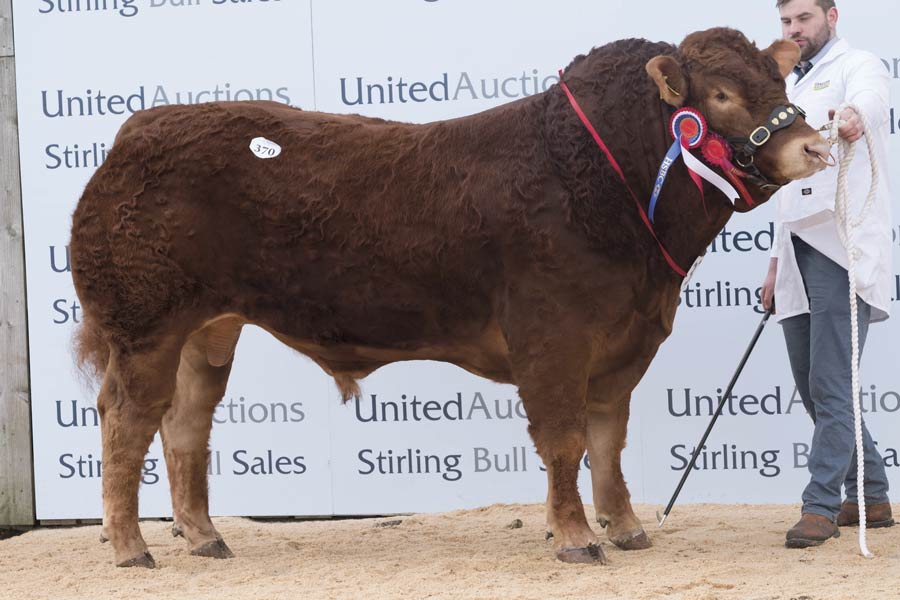 This upstanding March 2015-born bull had previously stood as junior and male champion at the 2016 Scottish Limousin Grand Prix.

Strawfrank Leroy is by Vagabond and is out of Gunnerfleet Fassuna, which was purchased as a heifer from the herd of Ian Handley at a breeders’ sale at Carlisle.

Purchasing this one was J Walker and Sons, Sauchenbush, Echt, Aberdeenshire.

Three bulls made 7,200gns. The first of these was Homebyres Landmark from Messrs J Logan, Homebyres, Kelso. 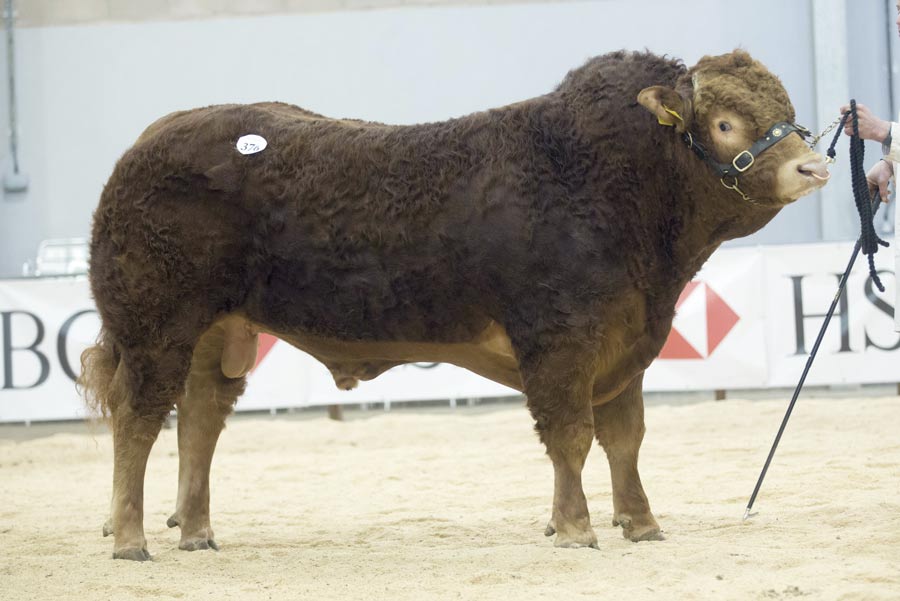 From the first class of the day, this April 2015-born calf was sired by the noted Swarland Eddie and is out of the Homebyres Vanhee daughter Homebyres Hallmark.

The second bull at 7,200gns was Spittalton Lancer from the local herd of breeder Andrew Burnett, Upper Spittalton, Blair Drummond. 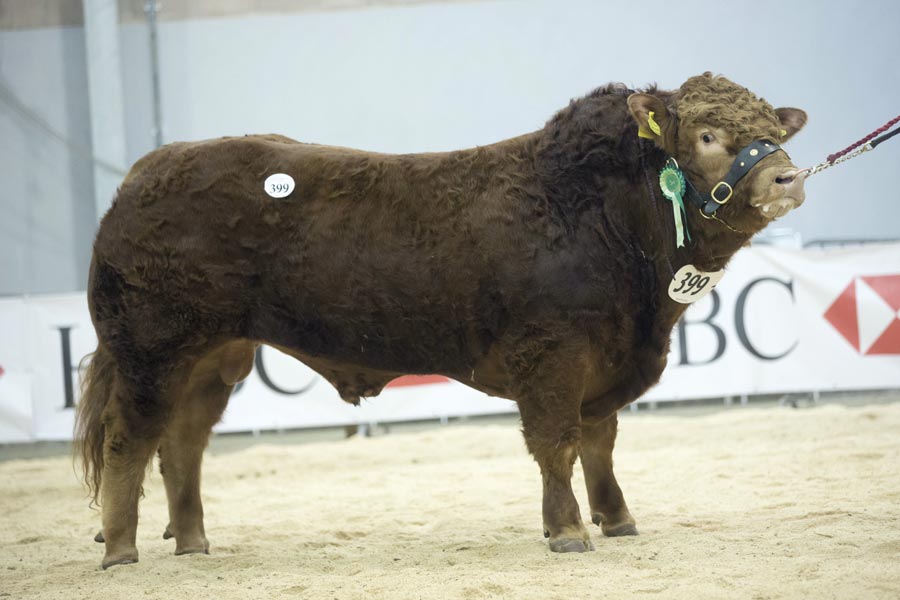 Born in May 2015, Spittalton Lancer is by the Objat son Dinmore Hitman, which has previously bred bulls at the same mark at Stirling, and is out of the Hargill Blaze daughter Spittalton Edwina.

Moving to the north of England, this bull was purchased by GH Walton and Sons, Greyside Farm, Hexham, Northumberland 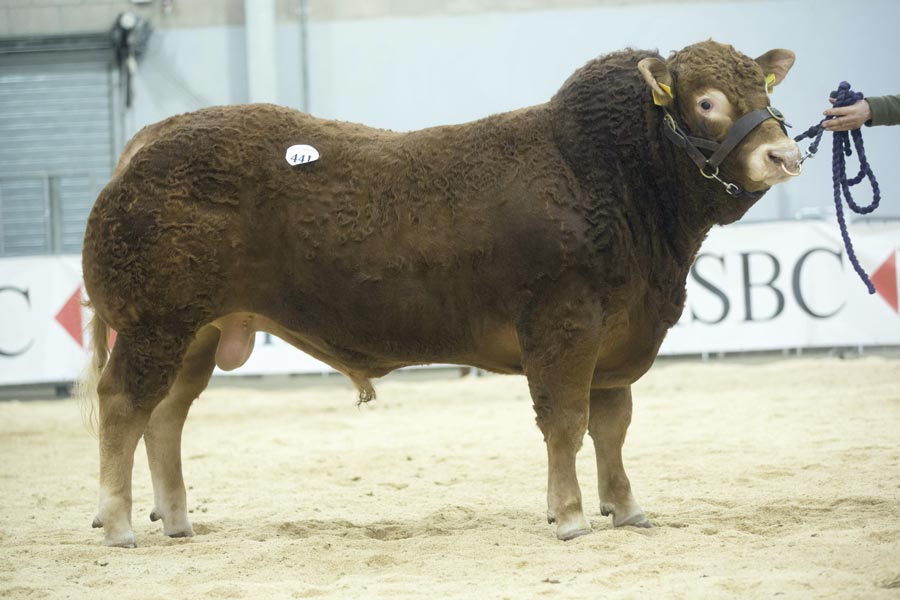 A polled bull, Haltcliffe Limoges is by the German-bred sire Tigris and out of the dam Holy, which was bred in the noted Rochard herd in France.

Buying this August 2015-born bull, which had placed fifth in his class, was R Simpson & Son, Mains of Creuchies, Alyth, Perthshire.