Commercial beef farmers have been digging deep to secure some top bulls, with prices for Charolais and Limousin bulls up considerably on the year at Welshpool and Brecon respectively.

The annual Charolais sale at Welshpool last week (Thursday 10 November) saw averages up on the year by £419 a head, with prices levelling at £3,856 for the 36 lots sold.

Auctioneer Glandon Lewis said the trade reflected the commercial trade for Charolais-bred cattle, which are in demand by beef finishers who can exploit their efficient growth to meet the current market specification.

Leading the sale with a high of 6,500gns was Gerwyn Jones, Llanrwst, Conwy, with his March 2015-born bull Graiggoch Legend ET.

By the 70,000gns Royal Welsh supreme champion Barnsford Ferny and out of Thrunton Starband he sold to TN Lightfoot, Callington, Cornwall.

Mr Jones was on winning form when he also secured the supreme championship with another of the same breeding, the 19-month-old Graiggoch Lad ET who was snapped up by Ann Orr-Ewing, Swindon, Wiltshire for 6,000gns. 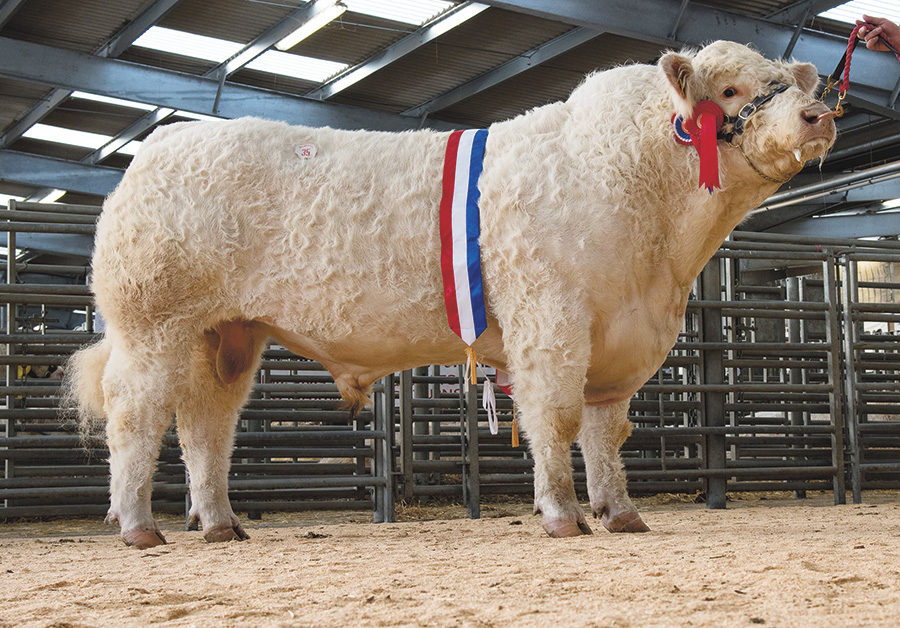 Minutes before Montgomery Larry, an April 2015-born lad was purchased for 5,500gns. A son of the 9,000gns Balmyle Harlequin, he was purchased by J Jones and Co, Bala, Gwynedd, from Roberts and Jones, Welshpool, Powys.

The same vendor had another in the money, Montgomery Lafant a Harlequin son whose dam Montgomery Hanna is sired by the 30,000gns Perth supreme champion Dingle Hofmeister.

The February 2015-born Lafant caught the eye of TH Davies and Son who paid 4,500gns to take him home to Oswestry, Shropshire.

Next along at 5,400gns from Ben Harman, Chesham, Buckinghamshire, was Chesham Laird an 18-month-old son of the 18,000gns Thrunton Fairfax.

He was knocked down to HE Havard, Brecon, Powys.

The next highest price and commanding a 5,000gns bid from WRL Price and Co, Wells, Powys was Hendy Lothario, a May 2015-born son of the popular AI sire Blelack Digger from breeders JAW Rees, Llanidloes, Powys.

First in the money was the February 2015 born Nealford Loxley. 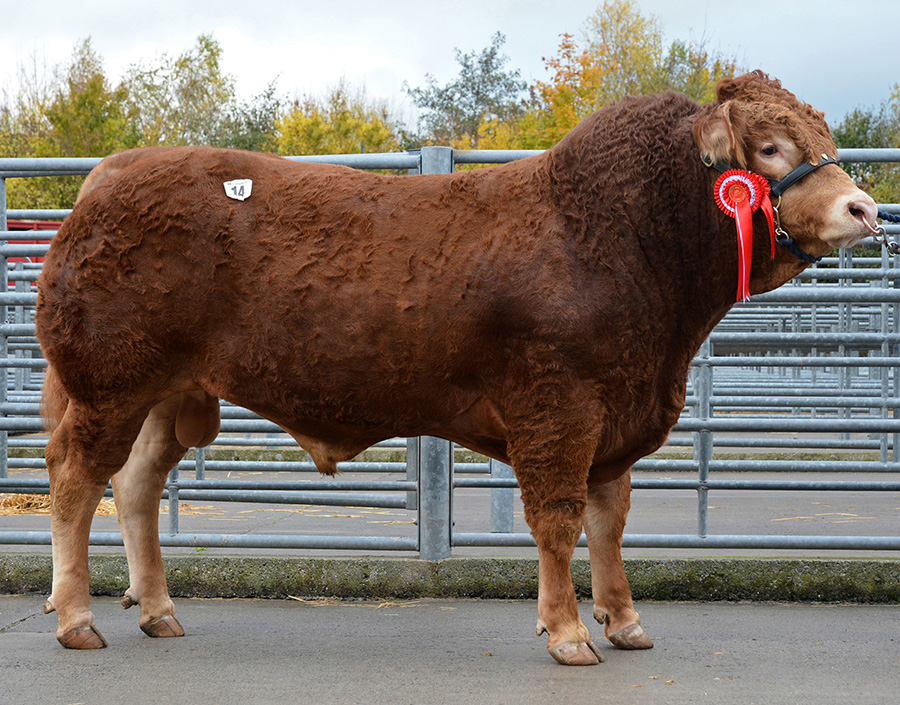 Selling at 5,500gns was Nealford Loxley

This bull is an embryo calf by the noted Goldies Comet and is out of Nealford Tracy.

He sold to ET and JR Gethin for their Camlas herd at Cwm Cae Bitra, Sarn, Newtown, Powys.

Also at this money was Nealford Lighthouse, again from the Neales, and selling to EJ Jenkins, Black Bush, Abbeydore, Hereford.

Another strong bull, the March-2015 born Lighthouse is a Procters Cavalier son and is out of Nealford Daniella.

Again featuring breeding and good figures, this July 2015-born bull is by Aghadolgan Emperor and is out of Loosebeare Cabeauty.

This young June 2015-born calf, out of Loosebeare Evoldy, was bought by PL and MC Watkins, Hay-on-Wye, Hereford.