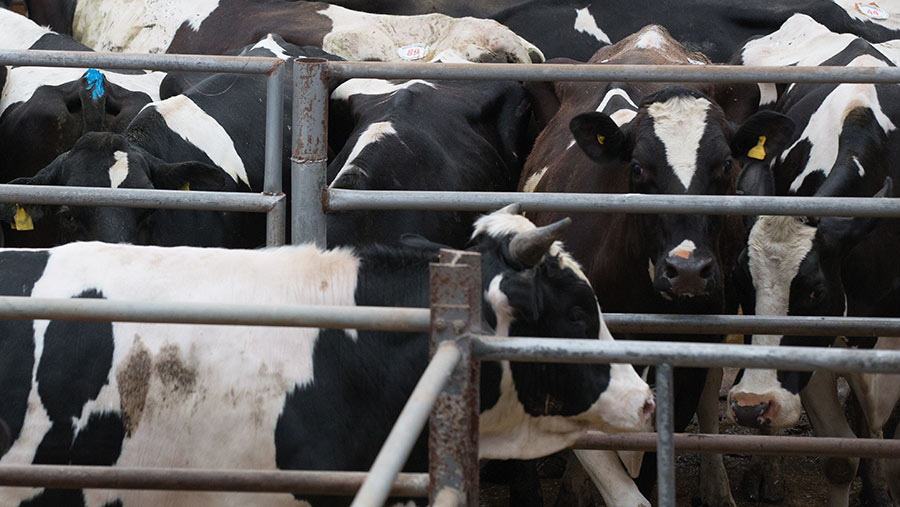 Factory and farmer demand has fuelled a six-week rally in the barren cow ring that has buoyed a trade already flying as a result of historically low supplies.

National liveweight averages are up 25p/kg on the year as some major processors have looked to secure orders for clean cattle and cows, often at values ahead of deadweight pricing.

Cow numbers are incredibly tight, with Defra data showing the national herd at 3.307 million head, possibly its lowest level since 1910.

Farms have benefited from the option of being able to sell beef-bred feeding cows at either side of 150p/kg at live markets and concentrate limited grass growth at turnout on priority stock.

But while deadweight and liveweight data suggest farms have responded to high prices with increased cow sales this spring, there has been no let-up in trade.

“Some people have backed off from stores and instead they are buying more grazing cows. There’s a lot of interest, particularly the native-bred suckler cows, which are regularly making 150-155p/kg,” he said

“Dry conditions are the one thing that could upset that trade. We’ve had a little rain recently, but we need a wet week really.”

Black and white cows in good condition had been 140-150p/kg for the past six weeks. Big, fed stock bulls had hit 200p/kg and the pick of the continental suckler cows had made 200-220p/kg.

Old Jerseys sold for 90p/kg, whereas before Christmas they were at 60-70p/kg.

Auctioneer Tim McDonald said that, while numbers were tight nationally, Thainstone had attracted good numbers of cull suckler cows for its regular buyers.

March throughput was up 13% on the year, with April’s figures looking as strong, if not stronger, he said.  Last year, cows averaged 135p/kg, but this spring they had risen to 160p/kg.

More farmers had been looking for feeding cows, while even the leanest barren cows were often hitting 100p/kg, twice the amount they made in the autumn, Mr McDonald said.

He added: “With store cattle being so dear there has been more interest in feeding cows. Folk have seen the cull cow market rise and cows can be quite easy to put flesh onto, so they have opted to sit out of the store market for a few months.”