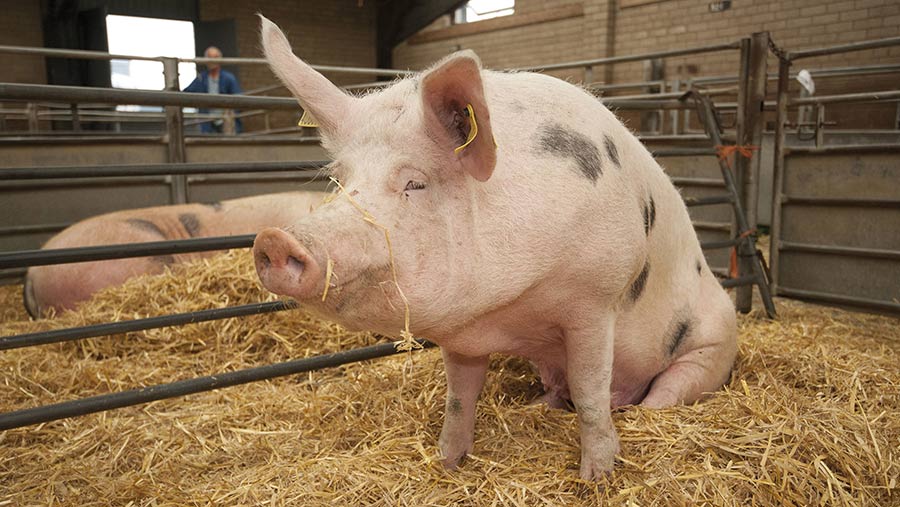 Cull sow prices have inched higher in recent weeks after German plant closures took a hammer blow to demand in the summer leaving prices on the floor.

Sow values were at record highs before Covid-19 hit Europe, at about 125p/kg deadweight, but lost 75p/kg in a matter of weeks and bottomed at 45p/kg in August.

Many units have returned old sows to service because of the poor trade, while prime pigs have been much stronger.

However, analyst and consultant Peter Crichton last week described the latest 3p/kg gain in cull sow prices to take values to 50p/kg as a “slim shaft of sunlight” in his latest report.

See also: Pig prices up again but margins are held back

This suggests a build-up of supply is being worked through and processing capacity is more stable.

Rheda was partially reopened a month later to 50% of the 20,000 pig a day capacity after a reviewed biosecurity and hygiene programme was introduced.

Before lockdown, cull sows were consistently topping at 75p/kg liveweight and averaging 71-75p/kg.

However, in April, trade started to falter a little with top prices hitting just 52-65p/kg liveweight in May.

Frome’s cull sows were topping at £218-£232 in January and February but lockdown chaos knocked £100 a head off trade practically overnight as exporters met demand difficulties.

Heaviest sows have sold for about 50p/kg and lighter types are making up to 65p/kg (liveweight) in recent weeks, said auctioneer Will Wallis.

Only the very plainest and smallest have made less than £90 a head at their recent fortnightly sales, he added.

“It’s not a case of what price you get for your pigs, it’s been a case of whether you can get rid of them at the moment for deadweight cull sows,” Mr Wallis told Farmers Weekly.

“We are lucky to have a big exporter among the buyers, and while the export trade has suffered, the boom in local food has helped. The butchers and farm shops are taking more pigs each week.”