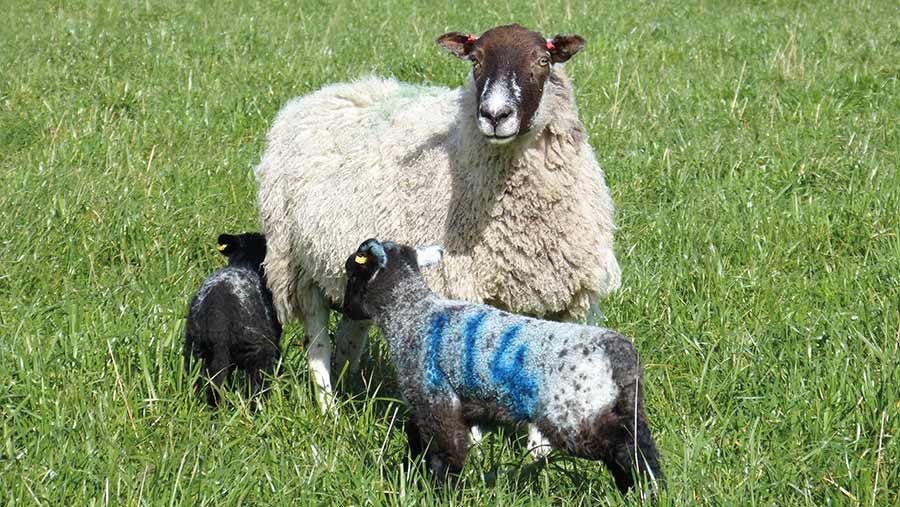 Continuing record-level cull ewe trade and a strong 2021 lamb cheque are underpinning demand for ewes with lambs at foot.

National averages of more than £90 a head for cull ewes in April have given buyers confidence, despite costs and lamb prices each going in the wrong direction.

At times this spring, breeding sheep prices were back £5-£10 a life on the year. Auctioneers say grass growth and stronger lamb values through April have helped firm up prices. But there is a feeling across parts of the industry that, unless a further lamb price surge comes, breeding sheep demand will be limited once last year’s profits are spent.

Irish projections (from Teagasc) predict that family farm sheep income this year will be down 20%, knocking £92.75/ha off profits.

On the plus side, while lamb prices have fallen short of last year, Defra slaughter reports indicate more carcasses and heavier carcasses.

“Couples trade averaged close to £80 a life last week, whereas some weeks we’ve been in the £60s,” said Mr Steer.

“Last year’s money will soon be spent, and we must see higher prices in the next 12 months to reward lamb producers, particularly early lambers.”

Ted Ogden of Craven Cattle Marts said selling the best terminal-type ewes and Mules for more than £200 and £130 a head, respectively, was underpinning demand for younger sheep,

“There isn’t perhaps quite the same enthusiasm as last year, but trade is very similar for the best sorts,” Mr Ogden said.

Entries were becoming younger and were now reaching a seasonal peak, with 900 outfits expected next week (2 May), he added.

He said a relatively kind winter had meant hoggs were heavier, which had pulled back SQQs. But he noted that Ramadan demand had put £5-£10 on heavy (50-60kg) lambs on Monday (25 April).