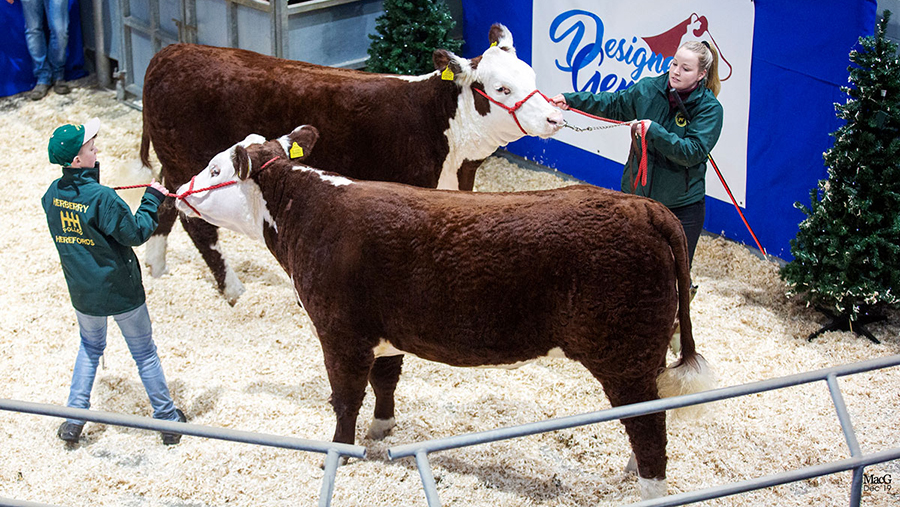 Two days of elite Hereford trading was topped by the Moralee herd with a 10,000gns call at the fourth Designer Genes sale at Shrewsbury last week (13-14 December).

She is by the sire of the year, SMH Kingsize, and was knocked down to MR Ludgate, Thame, Oxfordshire, for a sale price of £10,000, of which 50% was donated to UK Hereford Youth.

Next best at 7,000gns was Herberry 1 Lucy Belle, a 24-month old in-calf heifer from R and Vere Hunt, Ballyherberry, Tipperary.

She was one of two full daughters bred from Dendor 1 Kohinoor and Gouldingpoll 1 Lucy 641. 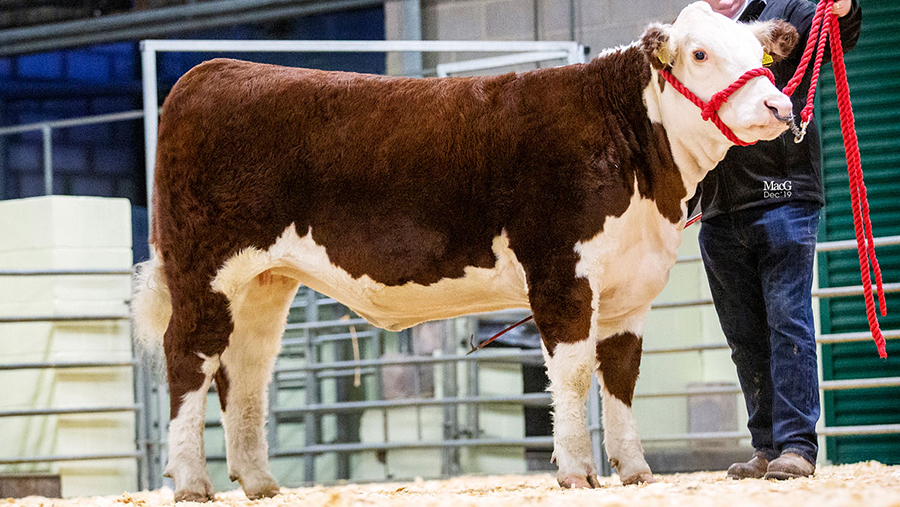 Next at 6,200gns was Romany 1 Ishbel BW R55 from the Wilson family, Morebattle, Kelso. This popular heifer is by Barwise 1 Wellington and out of Romany 1 Ishbel.

She was knocked down to J Hodge, Hondean, Berwick Upon Tweed to join the Fellowhills herd.

A first-calved lot from the Rempstone herd from M Ludgate, Scotgrove Farm, Thame, made 6,000gns, selling to Mr Vasami, Ceridigion. Rempstone 1 Bertha H311 is by Solpoll 1 Hollywood and her dam is Llancillo Hall Bertha 3.

The winning bidder secured the right to select any of the heifer calves born from the prize-winning herd. The winning bid came from Dara Entwistle, Illinois, US.

An investment heifer opportunity from Harvie Ranching was also offered in the shape of Harvie Ms Firefly 145G, which sold to a private buyer for £6,000.

A total of 40 embryos across 11 lots sold to average £421/embryo. The embryo section topped at £500 on four occasions;

A package of 20 straws from Moralee 1 Rebel Kicks KS R12 was consigned by Moralee Herefords and sold for £85/straw to Henning Have, Denmark.