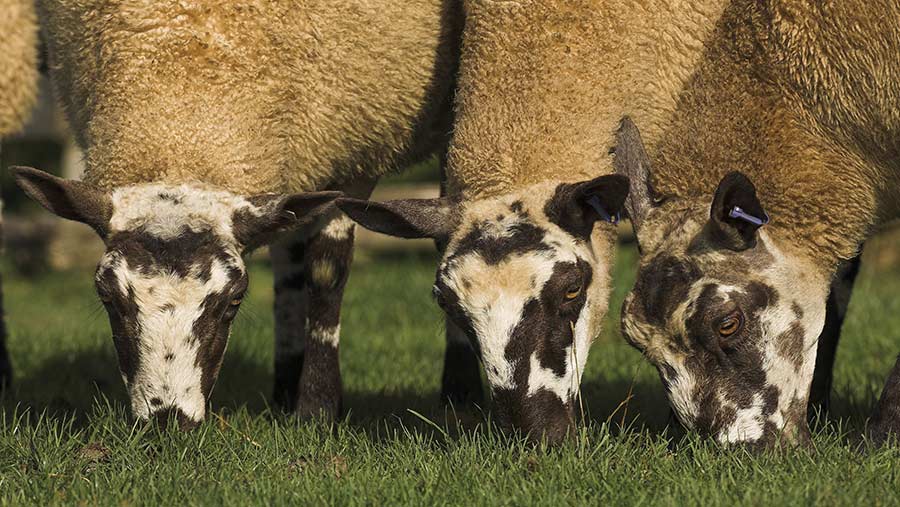 Analysts said global sheepmeat supplies are tight, however the UK has had a good production year.

Prime lambs have been more than 40p/kg dearer on the year, with store lambs up £8-10 a head.

But analysts said Covid-19 and Brexit negotiations mean the long-term picture is far from simple, with the potential for some extreme volatility.

All eyes are on August prices to see how markets cope with an expected late-summer demand drop after Eid al-Adha festival (30 July-3 August) as later lambers start drawing.

About 1,600 Mule shearlings averaged £142 a head at Exeter’s August sheep fair on Tuesday (4 August), a meteoric rise of more than £26 on the year.

“The best sheep were a very good trade and second- and third-quality sheep were harder to sell,” said auctioneer Russell Steer of Kivells. “Lots of Mule shearlings made £140-155.”

Numbers were back, which was partly due to strong lamb prices prompting farms to kill hoggs and the knock-on effect of the 2018 drought.

Store lambs have averaged £67 or more and Monday’s (3 August) sale saw cull ewes level at £73 and lambs at 210p/kg, which was “remarkable” for August, he said.

Breeding sheep have traded at £10-£20 dearer on the year at North West Auctions’ early sales, which has seen good demand for ewes at Junction 36 and Lancaster markets.

“Sheep farmers have had a good summer on the whole,” said auctioneer Ian Atkinson. “A lot of people you speak to have sold more lambs at this point than normal.”

He stressed there had been high volumes of sheep through the marts, with NWA selling twice as many store lambs (5,000 head) to date compared to normal.

He said Brexit and tariffs remained the key uncertainty ahead, but strong export and domestic demand were looking like supporting sheep prices in the shorter term.