A record shearling average, a gimmer at 13,000gns and a ram lamb at 16,000gns were among the highlights of a flying English National Texel Sale at Worcester this week (31 August-1 September).

All averages were up at the flagship event, which saw a smaller yarding overall compared to last year, but sold eight more shearling rams for a bumper £1,905 average.

Trade was strong across the board, with local and far-travelled flocks in demand.

Sale debutantes Gregor and Bruce Ingram of the Granite flock, Pitcaple, Inverurie, sold a Clinterty Yuga Khan daughter out of a Deveronvale Warrior daughter for 13,000gns.

She was knocked down to a three-way split of James Theyer, Clanfield, Oxfordshire; Jeremy Theyer, Chedworth, Cheltenham, and Robert Evans, Hope Valley, Minsterley. 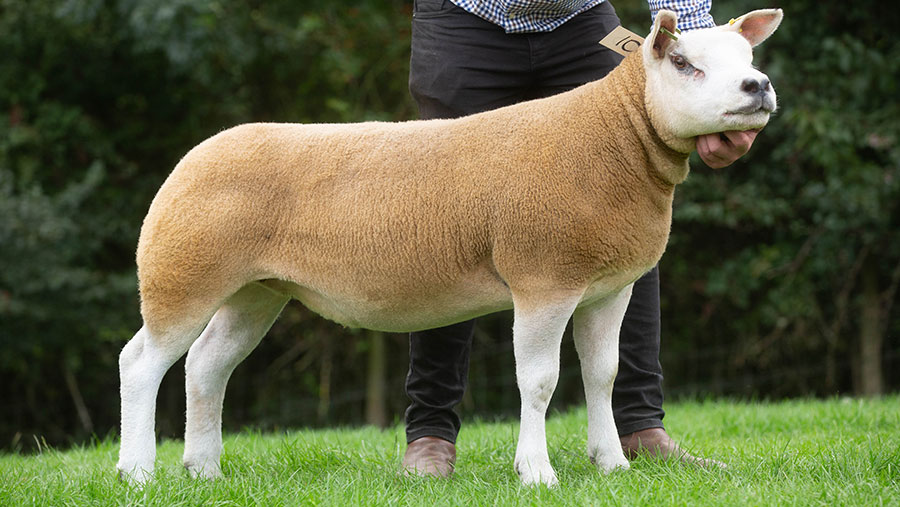 Next at 5,000gns was a Plasucha Big Gun daughter from Charlie Boden’s Sportsmans flock, Cheshire. She is out of the 16,000gns Glenside Wild Boy. She sold to Messrs Dunlop, Holtridge flock, Whitchurch, and Eamonn Vaughan, Partridge Nest flock, Stoke-on-Trent.

Next best was a Far Hey gimmer from the Bradleys, Salterforth, Barnoldswick, at 4,800gns. She sold to Monnow Marguees, Monmouth.

She is an Auldhouseburn Bolt daughter out of a Teiglum Younggun dam.

He is by Blackadder Weaver and out of a Loosebeare Voomer daughter. He caught the eye of the Quick family’s Loosebeare flock, Crediton, Devon. 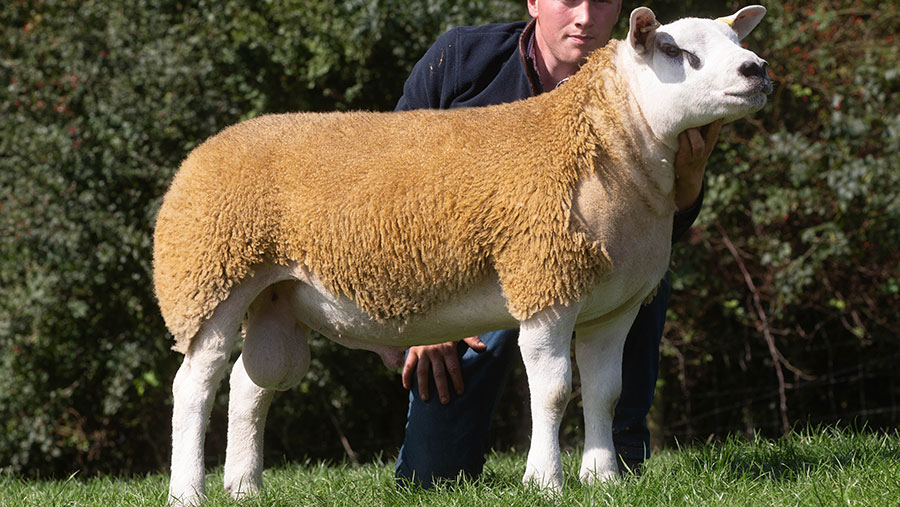 The Quicks were then in the money themselves, selling Loosebeare Champion to Thomas Whiteford and family, Brampton, Cumbria.

This one is a Brijon Youre The Boy son out of a Whitehart Taylor daughter.

The Ingrams were back in the money with a 7,000gns call for Granite Clansman from the Priestley family, Brampton, Cumbria. The Logie Dunro Braveheart son is out of a Granite Untouchable Daughter.

He is a Garngour Craftsman son out of a Stainton-bred dam by Eden Valley Warrior King. He sold to Paul and Anna Johnson’s Corriecravie flock, Stoke-on-Trent. 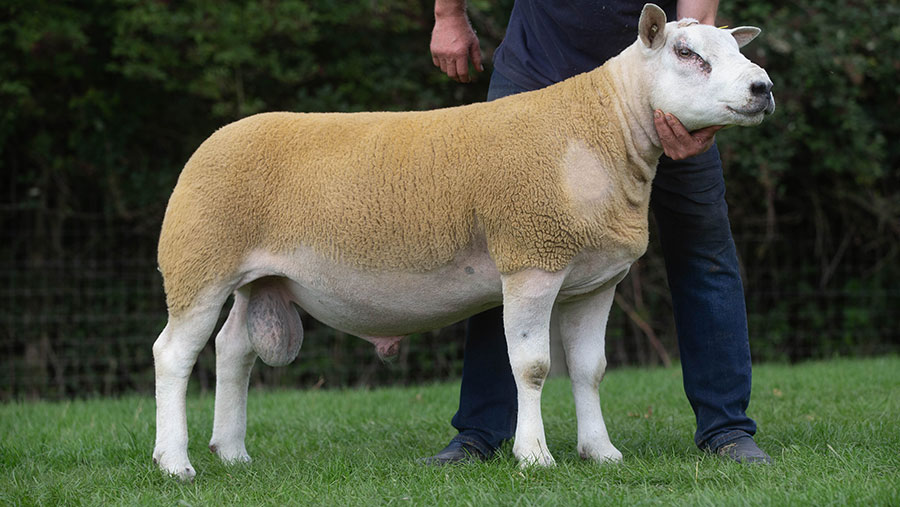