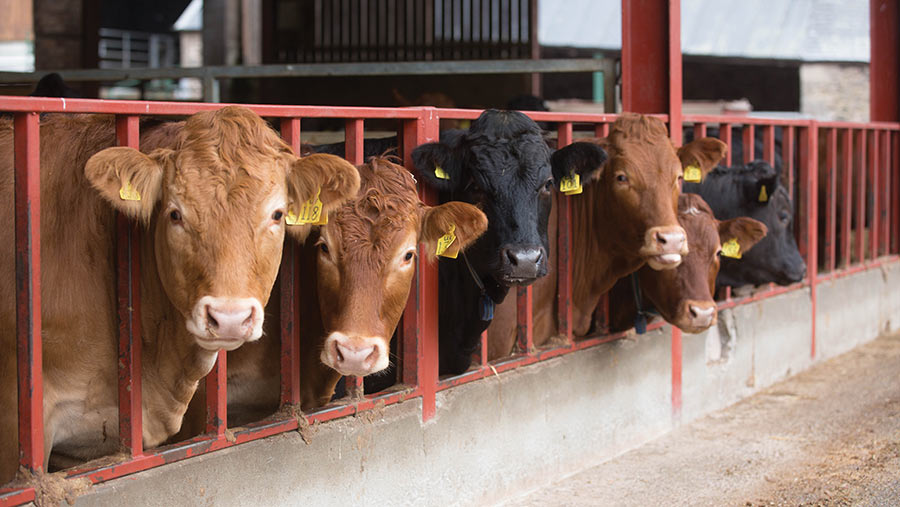 Prime cattle vendors should check the beef trade before negotiating deals to ensure a fair price is achieved for their cattle.

This is the message from many in the industry following another 5p/kg price rise from many deadweight buyers over the weekend.

Some finishers are negotiating at base prices of 398p/kg with Scotland’s big processors, while bases of 392p/kg and 395p/kg are possible in Northern Ireland and northern England, respectively.

With cattle numbers tight and demand strong, Melton has reported a flying trade, despite mixed-quality entries, along with strong bidding for O-grade cattle and even those creeping over 30 months.

“This is the best position the beef trade has been in for a long time,” said prime cattle auctioneer Martin Lloyd. “We could sell another 40 to 50 head of prime cattle each week.

“However, it’s on a knife edge in that if trade slips, finishers will be exposed to big losses on the expensive short-keep store cattle they’ve bought, which are making £1,250-£1,300.

“While I don’t think cattle will get dearer, I think trade should be OK well into the autumn, if not later.”

Trade has been noticeably strong for the past six to eight weeks. Dairy cows are about 10-15p/kg dearer than during the autumn glut, added Mr Probert.

“I believe that we could sell half as many cows again without having any effect on the trade,” he told Farmers Weekly.

More buyers had come to Lancaster recently to buy cows for feeding, an enterprise that could see more interest in the coming months when spring grazing becomes available.