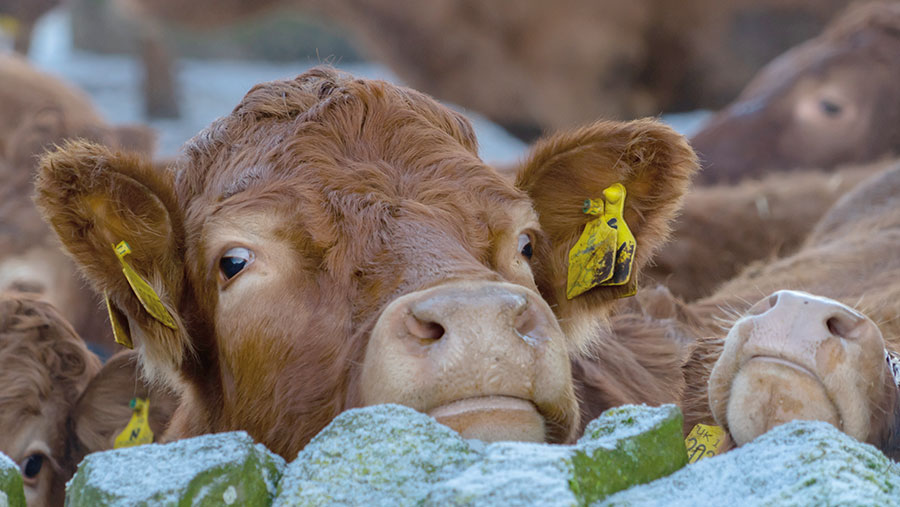 Cashing in decent R-grade suckler cows for 390-410p/kg appears to be a better bet for some herds than facing fertiliser bills and the cost of another 200-day winter.

This is just 30p/kg shy of record-level prime beef prices and has led to worries in both the dairy and beef sectors about critical mass. March suckler cow slaughter hit a four-year-high, lifting 8.6% on the year to 12,700-head.

Such reductions will offer opportunities for some herds to expand or for integrated dairy-beef chains to grow – the latter of which concerns some corners of the industry.

National Beef Association chief executive Neil Shand suggested there was a “moral obligation” for retailer-driven integrated dairy-beef systems to cover the cost of rearing calves that might previously have been euthanised.

9.3% How much higher cull cow and bull slaughter was in March 2022 on the year, driving national beef production up 1.5% (Defra)

Scottish livestock marketing co-operative Farmstock says it has been “inundated” with enquiries about suckler herd dispersals or reductions.

Farmstock’s Jonny Williams said: “I think we’ll see a lot of people selling the bottom 20% of the herd – older cows and problem cows.”

However, he added that some farmers were looking to get cows onto marginal arable ground to build organic matter and soil fertility. These buyers wanted native breeds of cattle with high health status – “something that can stay fleshed and be an easy-care-type cow”.

Richard Evans and the team at Welshpool Livestock Sales have already staged two small dispersals this spring and have more to come, including a herd reduction sale in June.

Mr Evans said the imposition of nitrate vulnerable zones, rising costs and farmers reaching retirement age were some of the factors forcing farms to sell up.

“It’s very unfortunate that there are fewer cows in the hills. Cows have been a part of managing those hills and some areas, particularly some rougher pasture, will go backwards without them.

“I would generally say it’s the smaller herds that are taking a backward step or going out completely.”