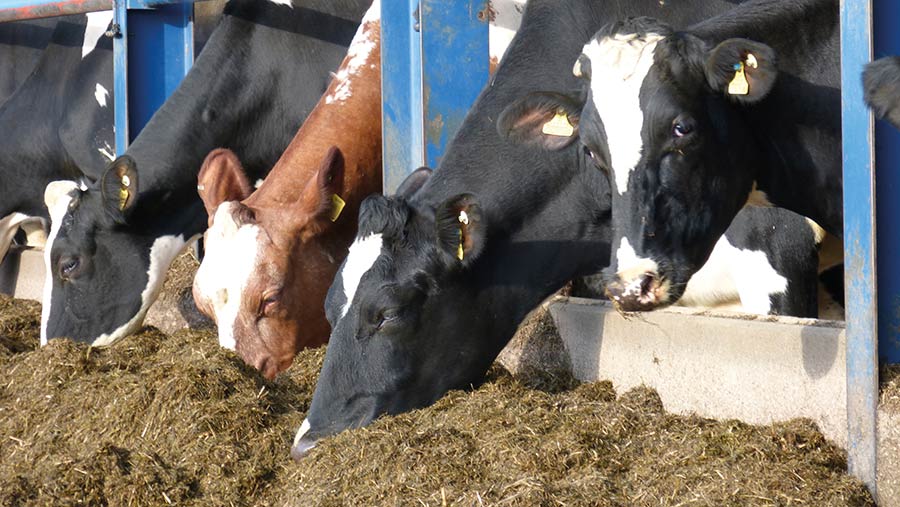 Tight supplies and strong demand have forced flying herds to dig deep for replacements this autumn, making commercial fresh heifers more than £160 a head dearer on the year.

This is according to AHDB data, which shows autumn prices for commercial heifers have averaged £1,578 a head and cows have levelled at £1,234.

“Spring calvers have been harder work at some sales but demand for fresh milk is strong,” Mr Davis said.

However, delivered barley straw prices of £140/t in parts of the south-west meant vendors should expect resistance to youngstock prices, he added.

He said online bidding had worked well via the Irish system Marteye. Recent dispersal sales and collective sales had seen 20-50% of cattle knocked down to online bids, Mr Davis confirmed.

He said cattle supplies were likely to stay tight for the rest of the winter, which would keep trade for fresh calvers elevated.

Milker prices have recovered at Whitland Market in west Wales after falling behind English prices during the spring lockdown, when Freshways producers in the region felt the full force of high street closures.

He added that cull cows, while on a seasonal slide in value, had still been making £800-£1,000 for stronger, well-fleshed animals.

“Lockdown and coffee shop closures showed farmers just how important the milk contract is and where your processor sells its milk and what your milk price is exposed to.”