He was sired by the £14,000 Aygill Imperial bought back in 2015 and out of a Helbeck sired ewe. Taking Cowboy home was a trio of breeders: Trevor Blades, Bobby Blades and John Bradley. 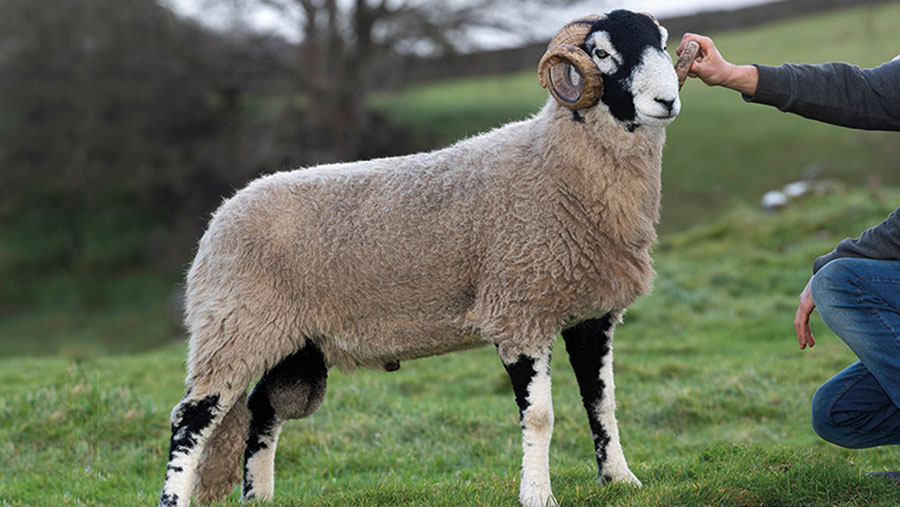 The underbidders, Jack and Tom Buckles, from Kirkby Stephen, bought the next tup into the ring, Fawcetts Cavalier, by a different Aygill out of a ewe by the £34,000 Bull and Cave. This one was knocked down for £16,000.

Second highest price of the day of £34,000 was paid for a much-anticipated shearling West Briscoe Rocker from father and son team, David and Michael Allinson.

He is sired by a £1500 Mark Ewbank and out of a gimmer shearling by a £14,000 Summers Lodge. Buyers were Craig Ridley from Haltcliffe, Richard Harker and Richard Hargreaves. 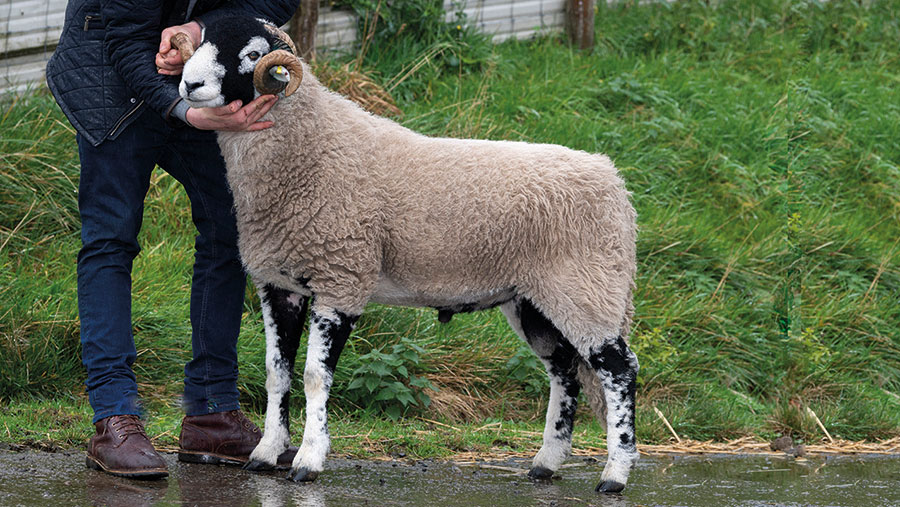 Richard Harker and Richard Hargreaves also paid £30,000 for the pen leader from Robert Wear, Patterdale. He is by the £86,000 Stonesdale tup and out of a ewe by a homebred tup.

At the same money was Aygill Noble, from Alan and son Steven Coates, Swaledale.

He is by a Stonesdale tup and out of a Skidmore dam. He was bought in a two-way share between the Shepherds Lodge and Gillfield flocks, with Aygill retaining a share. 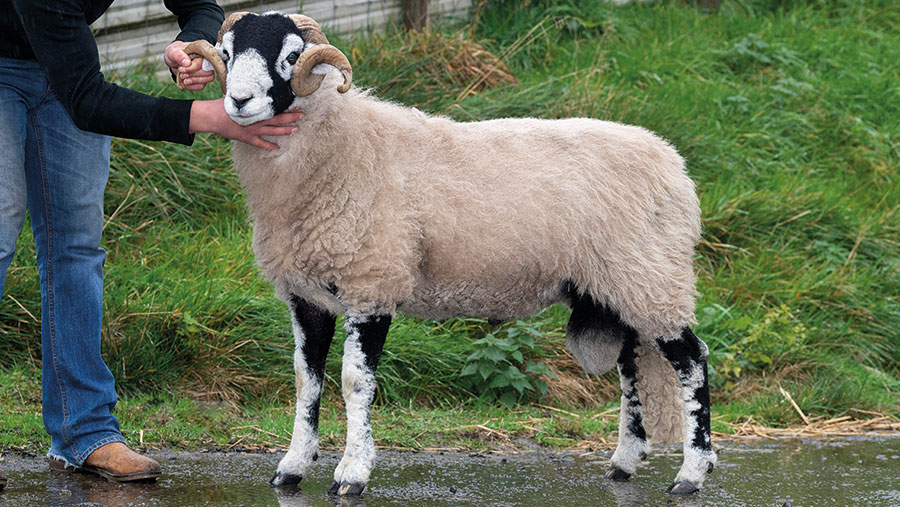