The dispersal of the Joylan and Heavenly herds on behalf of the Swale family met tremendous trade with 21 lots averaging 3000gns or more and trade topping at 9,500gns when they went under the hammer at Stanley Farm, Preston, this week (11 August).

Sale leader and fetching this year’s highest Holstein price so far this year was Heavenly SO Katrysha VG88 (below), a granddaughter of the 2015 World Dairy Expo grand champion. Katrysha calved in May and sold giving 45kg daily in her second lactation. She was bought by Izzy and Archie Lee for their Crystalclear herd in North Yorkshire. 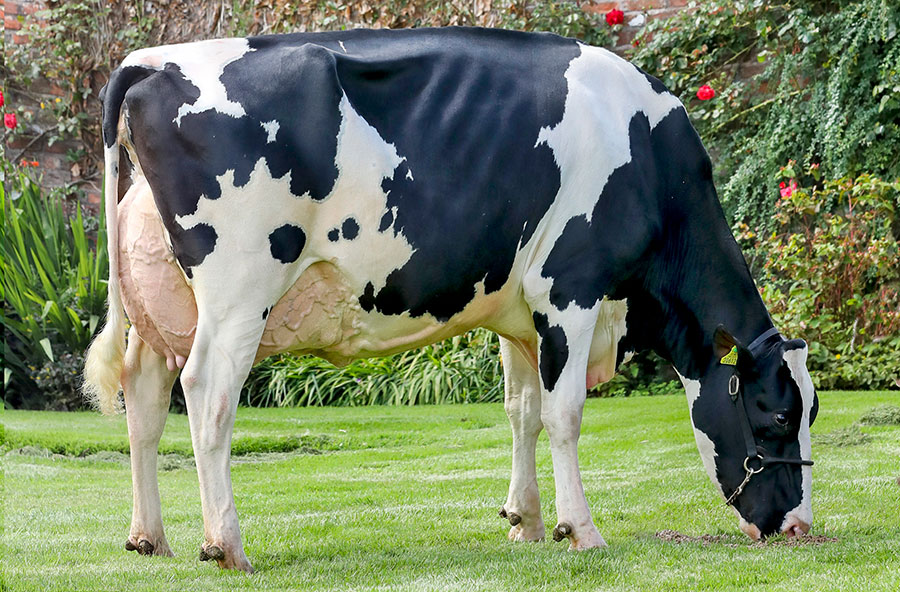 Next in the ring and making 7,500gns was her four-month-old calf by Riverdane Unstopabull Red. She sold to a Leicestershire-based syndicate.

Next best at 5,600gns was Joylan GW Roxy EX95-3 (below). She completed 15,541kg in her fourth lactation and sold in-calf, due in February to Altavelvet. Successful bidders were the Hodgson family for their Wormanby herd in Cumbria. 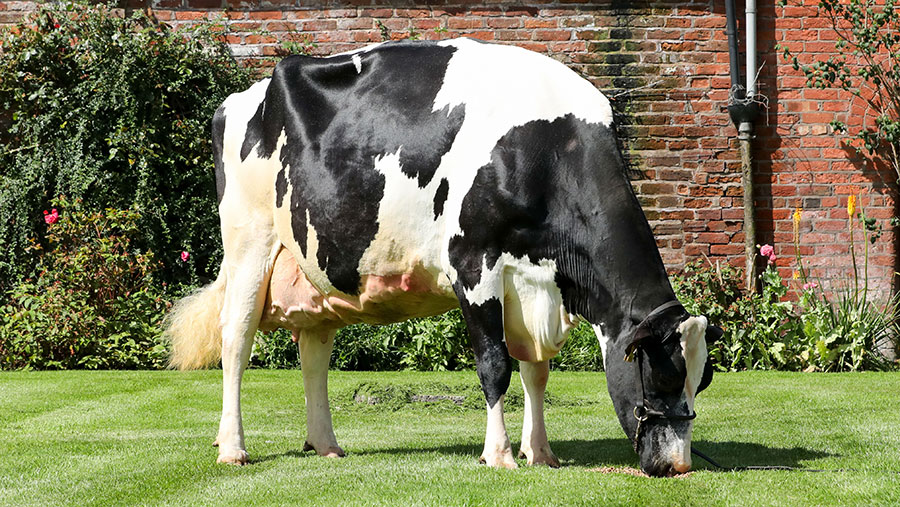 The trade of the day was for the 100 unregistered Montbeliarde cross cattle which sold to 3,200gns for young cows in milk and 2,000gns for an in-calf heifer.