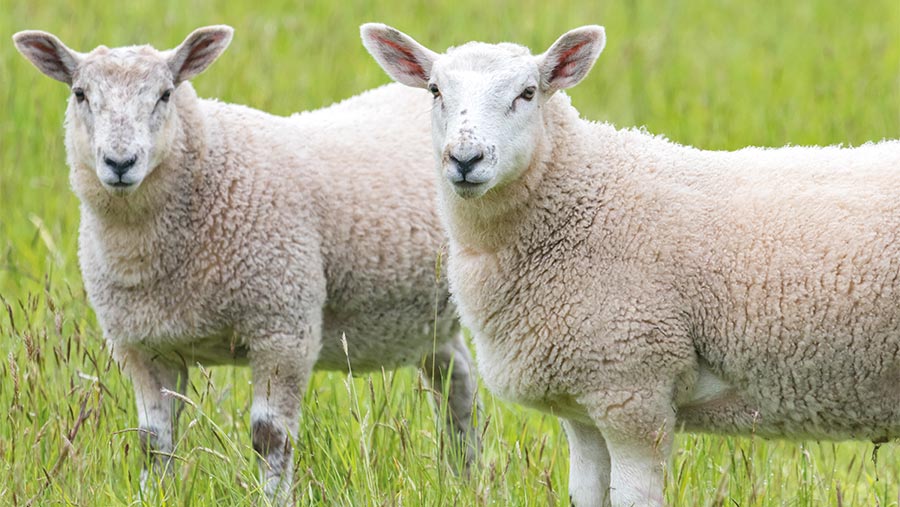 Auctioneers have reassured vendors that the drop – which took up to £20 a head off some lambs on the week – is seasonal and supply driven.

Marts saw numbers up 14.9% last week, with the latest abattoir reports suggesting deadweight vendor numbers are increasing even faster, lifting up to 35% a week in June, according to AHDB data.

Liveweight trade started brightly last week at 236.3p/kg average, but by Wednesday was showing signs of pressure and fell to 214p/kg on Thursday.

Auctioneer Michael Thomas of McCartneys said: “March lambs are certainly coming forward now and dry weather in April and May has brought the crop on – we are probably a fortnight ahead.

“In this area we say the Three Counties Show is when lamb prices start to fall, and it would have been the show last week.”

He added that cooler, wetter weather had put some quality into the lambs, but added that the area around Ludlow was still very dry in early June and lambs were being finished on hoppers.

“If vendors weren’t creep feeding there would be fewer lambs coming forward.”

Mr Ogden said there was still a lot to be positive about, with the country opening up again after lockdown and lambs growing and finishing well.

“Everywhere is seeing high throughputs for the time of year,” he told Farmers Weekly.

“We have sold significantly more lambs from mid-May to mid-June than last year. The price is much on a par with last year’s sale, but we sold 30% more on Monday.”

He added that ewe trade was best for the second-choice sheep that were well fleshed but leaner.

14.9%
Increase in mart throughputs of prime lambs on the week last week as 90,007-head were sold

300g
How much May carcass weights were down across Britain at an average of 20.3kg

54p
Drop in average deadweight lamb prices over the past three weeks, with the base at around 490p/kg in the first week of June.