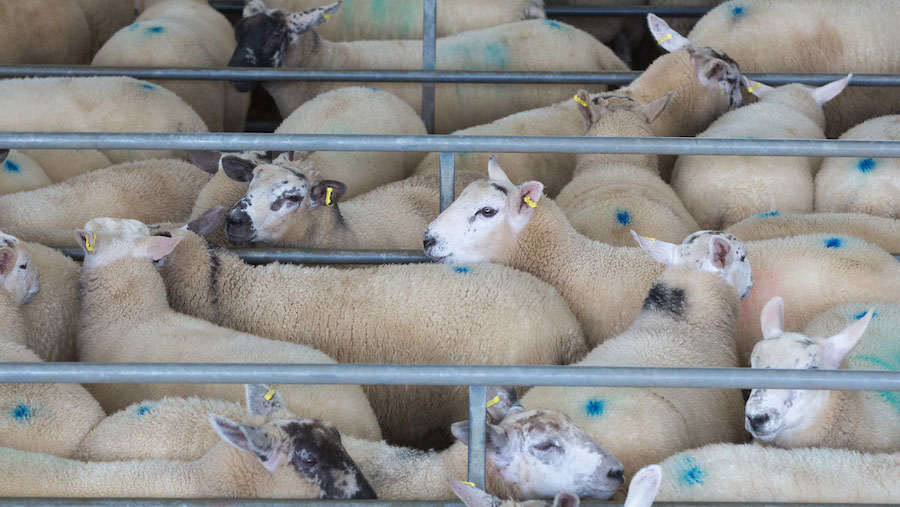 After stuttering slightly in June values have been supported by tight global supplies and strong export and domestic demand.

EU production was down 10% on the year in April, with France and Ireland both producing less lamb. New Zealand shipments to the EU in April and May were down 47% and 37%, respectively, while China has taken more, according to AHDB analyst Rebecca Wright.

See also: ‘Drop and go’ trading sees lambs up on the year

Consequently, last week’s British SQQ averaged 42p/kg higher on the year at 222.72p/kg, despite the biggest throughput of lambs so far.

However, auctioneers expect the passing of the Eid-al-adha or Qurbani festival (30 July-3 August) to put downward pressure on prices, depending on lamb supply. 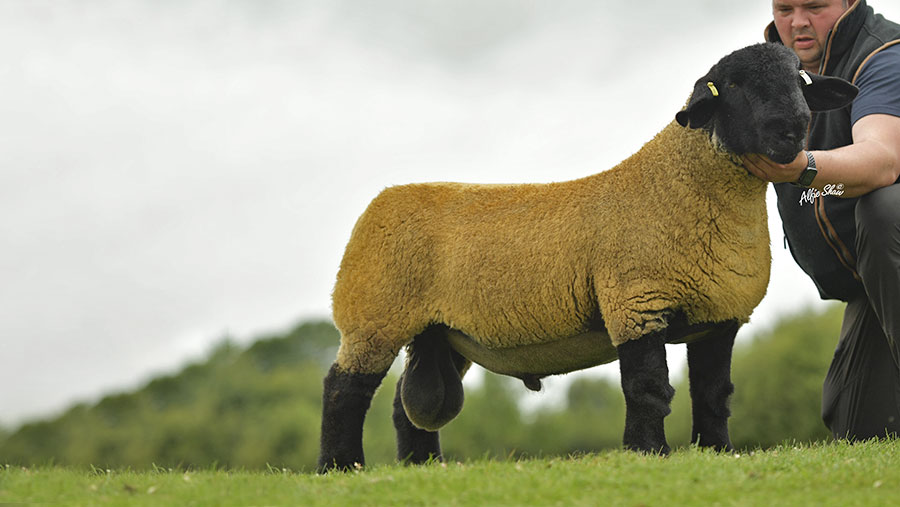 Trade topped with three Suffolk cross lambs at £118 a head and a pair of Beltex lambs for 238.6p/kg.

The bulk of the lambs were in the 38-42kg bracket, with only 158 above 45kg. Mr Kennedy said businesses had sold lambs at lighter weights to cash in on the buoyant trade.

“If the trade does start to get cheaper some vendors may opt to retain lambs for a fortnight or so,” he predicted.

This would add value to each lamb on a per-head basis and, importantly, help moderate supply and keep it in line with demand, he added.

“The festival has helped, particularly for the heavy lambs, which have been easily sold.”

An extra 200 lambs forward on the week did not affect trade at Sedgemoor, where Paul Ashton said farmers had drawn heavy lambs for the Qurbani festival.

Trade held steady at 216p/kg, unchanged on the week, and quality was reasonably good, with rain and grass helping lambs finish.

“Increased festival demand for Qurbani has helped, but once we’re past that it’s looking like dropping, but it’s hard to guess exactly when,” he told Farmers Weekly.

“Weight is paying at the moment and if you can reach 45kg cost effectively, it is worth it,” Mr Ashton said. “There doesn’t seem to be much demand for lambs under 40kg.”