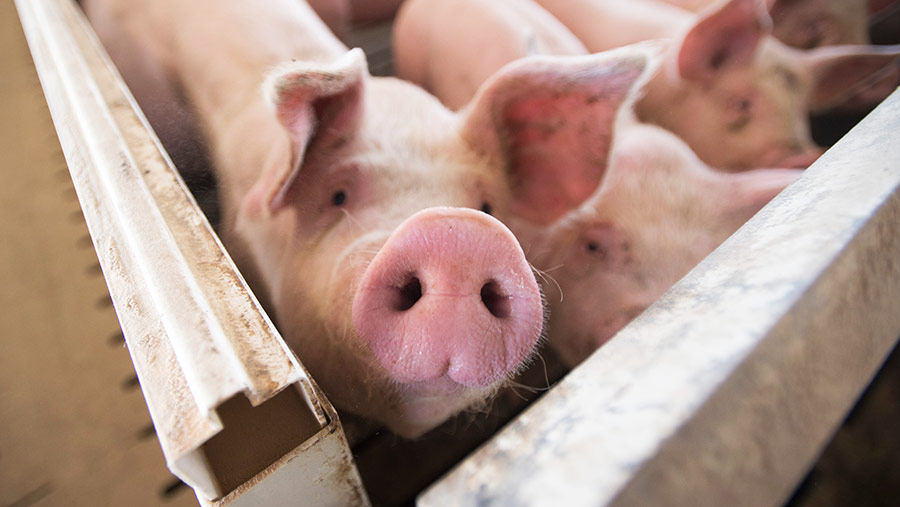 A welcome upturn in live fat pig values over the past month could not have come sooner, auctioneers say.

China’s African Swine Fever crisis has bolstered demand, and analysts say it will be a key market driver after a tightening of EU supply.

The UK’s Standard Pig Price has seen a minor 1.17p/kg lift to hit 139.84p/kg, which is making UK pork cheaper than EU meat to UK consumers.

Last week the National Pig Association criticised processors for “delaying the inevitable”, saying that prices should be rising faster.

Numbers tightened on Monday (6 May) at Market Drayton, where auctioneer Ben Baggott of Barbers sells pigs on the first and third Mondays of the month.

Weaner prices also recovered and are expected to continue lifting, with 99 weaners sold to prices more akin to six months ago, with 17-19kg weaners making £30-£40 a head.

However, prices still have some way to go to match the summer’s trade, when 80-100kg pigs and, occasionally, 60-79kg pigs averaged above 120p/kg.

“Farms receiving a bad price for the fat pigs haven’t been out to buy the store pigs, so it may take a while for things to get back into full swing again,” Mr Baggott said.

“Prices are going in the right direction. However, things can go too dear too quick. We want an increase, but we want a sustainable increase.”

“Sow prices have also improved,” said Mr Baker. “A pig making £110 now would have made £80 through the winter.”