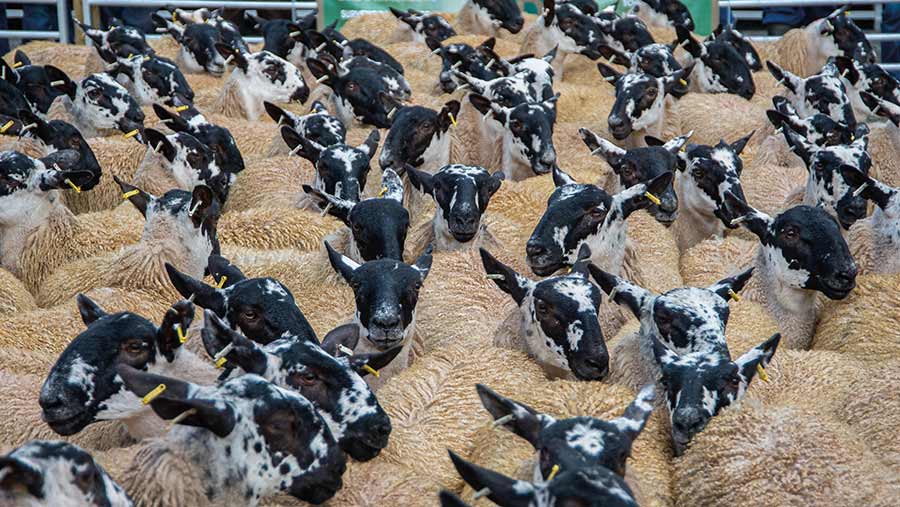 Breeding sheep have readily been £25 dearer on the year and long-keep store lambs £15-£20 more, with many questioning whether such expense is justifiable.

On the one hand, lambs are 40-45p/kg dearer on the year, imports are down and grass is ample across much of the country.

But the huge question mark of Brexit – and whether a third of the sheepmeat market could disappear overnight – remains.

Since they started in mid-July, fortnightly store lamb sales have regularly been £12-£14 dearer than a year ago across the board, according to John Wharton of Mitchells.

“Long-keep Texel cross lambs out of Swaledales and Herdwicks have been in good demand,” said Mr Wharton. “What hit the mid-40s and 50s (pounds) last year made late 50s up to mid-60s this year.

“Many vendors have already marketed lambs. Some new faces have been seen round the store ring who still have a lot of grass and no lambs left.”

Breeding sales had followed suit, he added. Bluefaced Leicester ram trade was £200 up on the year last week (21 September).

Short-keep stores at £75 to £80-plus look like strong money but James Amphlett, auctioneer at Worcester and Ludlow for McCartneys, thinks the smallest lambs are the dearest.

He is hopeful of the fat trade holding until Christmas on account of the industry killing so many lambs already.

“A lot of small store lambs have been making £72-£75 and we don’t know what’s going to happen with Brexit yet,” said Mr Amphlett.

Worcester’s Charollais sale in July was upbeat and set the tone for the rest of the breeding sheep, he added.

“There’s been a lot of interest in securing genetics off farm in August and one or two sticky patches in the sales, but on the whole prices in the ring are up.”

All averages were sharply higher at the English National Texel sale. Good Blue Texel females made 800-1,200gns and a lot of commercial Beltex rams traded for 600-700gns, he added.