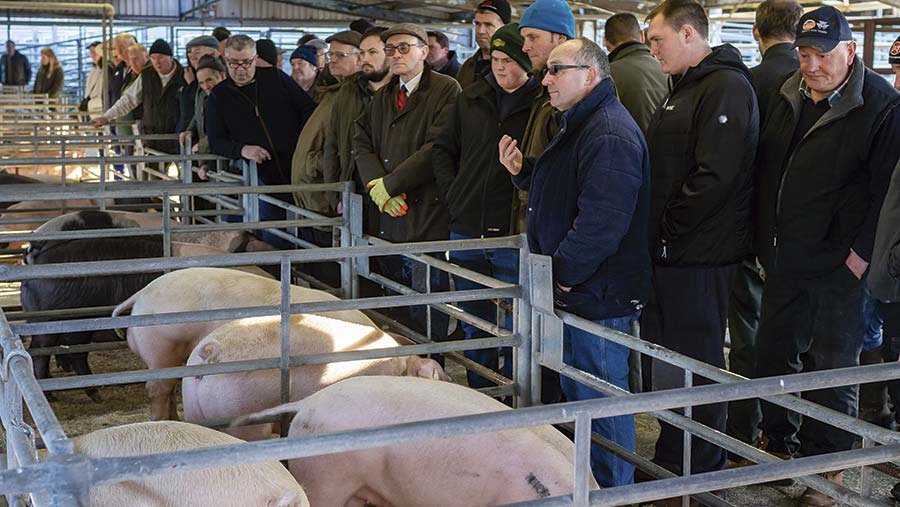 Liveweight steers rocketed 20p/kg to end the first week of December at 203p/kg, the first time weekly steer averages have hit 200p/kg or more this year.

Prime lambs, which have been in demand since the autumn weather hit supply, rose to a five-month high of 194p/kg, with deadweight prices seeing R4Ls at 405p/kg and E3Ls at 444.1p/kg.

An entry of 81 prime cattle included 42 entries in the show classes at Colchester last week (3 December), with the Ketleys of Fingringhoe claim both cattle and lamb championships.

In reserve was a Limousin heifer at 310p/kg (£1,980) from Graham and Heather Blythe, Horsford, which was snapped up by John Coleman, Boxted.

An entry of 789 sheep including 60 show lambs saw the Ketley’s pair of 42kg Charollais-cross lambs make 625p/kg (£300 a head) and take home the red ticket. George Blackwell was in the bidding once again.

This entry won the class of 10 or more lambs sired by a continental breed not exceeding 41kg.

Prime cattle entries were topped by a 650kg black Limousin bullock from A and E Vance, Bridgehouse, selling to W Lindsay, Creetown Butchers, for 300p/kg at Dumfries last week (9 December).

In reserve was a 690kg red Limousin heifer which sold to Border Meats, Lockerbie, for 240p/kg. Galloway cattle topped at 230p/kg.

The centre’s first pig sale for 30 years saw keen bidding support a brisk trade for porkers, cutters, sows and boars, although weaners were harder to cash.