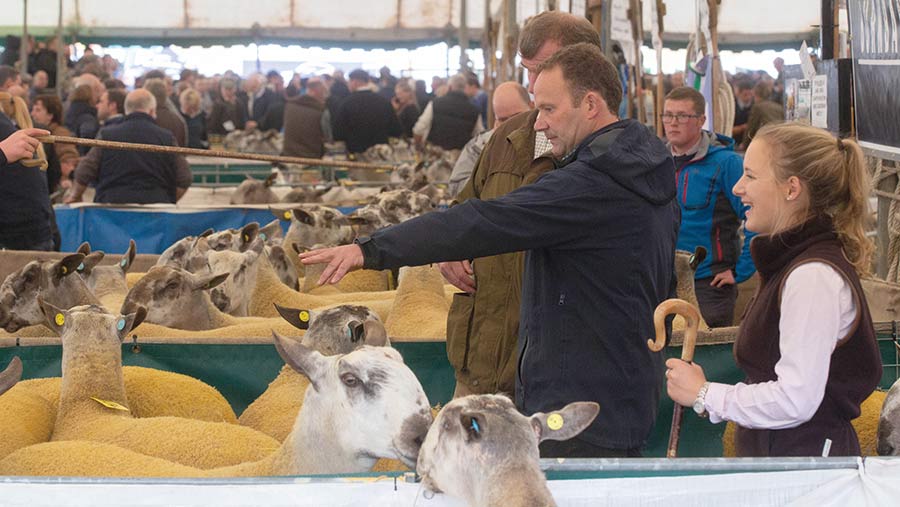 Only strong and well-bred stock met keen bidding at Kelso on Friday (15 September) as very selective buyers saw averages slip £28 on the year despite the highest-grossing ram since 2014.

Bluefaced Leicester shearling trade fell back to £940 a head following some steady Mule lamb trade and poor bottom-end quality in the ring on the day.

However, stronger sheep were a firm trade, according to Archie Hamilton, Lawrie and Symington, who saw shearlings sell to a top price of £8,000 and a ram lamb trade for £2,600 in ring 15.

Commenting on the bottom end of trade, Mr Hamilton said: “Some weren’t big enough or good enough and were showing the effects of the tough weather – perhaps they would have been better sold elsewhere.”

Highlights for the traditional “true blue” tups saw one run average £1,500 and another flock hit the breed’s second-highest money on the day. 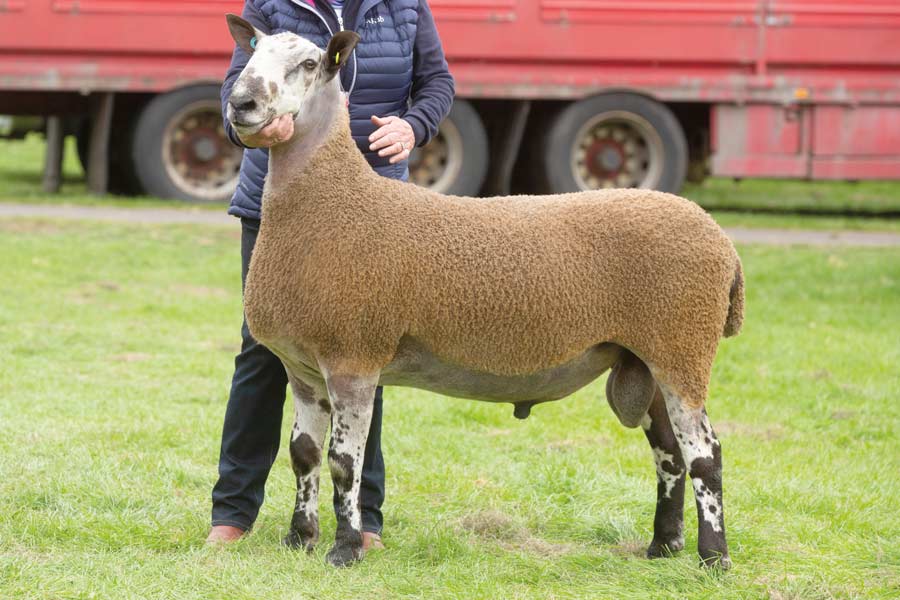 He is by the £15,000 H2 Carry House tup and also goes back to Midlock on his sire’s side and is out of a home-bred ewe by a Duhonw sire. He was knocked down to the McClymonts, Auld Tinnis flock. H2 Carry House is reportedly doing very well for all of the flocks who have a share in him.

A traditional blue type from John Dykes’ Mendick flock made £6,500 as 540 tups sold to a 75% clearance. K4 Mendick is by the D3 Red Cottage sire that was bought at Carlisle and has Rossiebank and Nithsdale breeding on the sire side and Mosser Mains on the dam line. 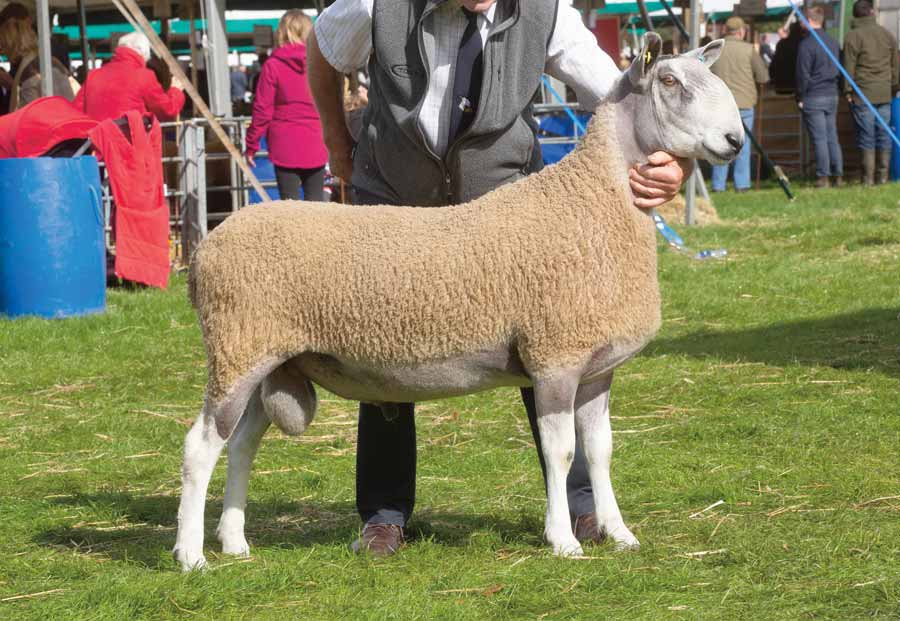 Dona Williams made the winning bid to take him home to her Blackett House flock, Eaglesfield, where she runs 30 ewes. The Mendick flock has been selling at Kelso for over 20 years and this was noted to be one of the best tups produced off the farm to date.

He said a long, costly winter and an easing lamb price (170.9p/kg at Hexham on Tuesday 12 September) were among a range of factors limiting trade.

Recent breeding sheep sales have also looked cautious, with Mr Armstrong adding that vendors were “optimistic but realistic” before the sale.

“For a lot of people, it’s the first ram sale of the season and more prudent vendors put a reserve price on their sheep, as they can sell them at a later date,” he told Farmers Weekly.

“I would expect a very mixed trade to continue as the season goes on. Some vendors actually saw their averages lift on the year, but some might have been a little disappointed.”

At the day’s top price of £29,000 was an outstanding shearling from Alan, Andrew and David Clark’s Gangour flock, Lesmahagow, which caught the eye of commercial producer Paul Slater, who produces 500-550 Texel and cross-bred shearling rams annually in Cheshire. 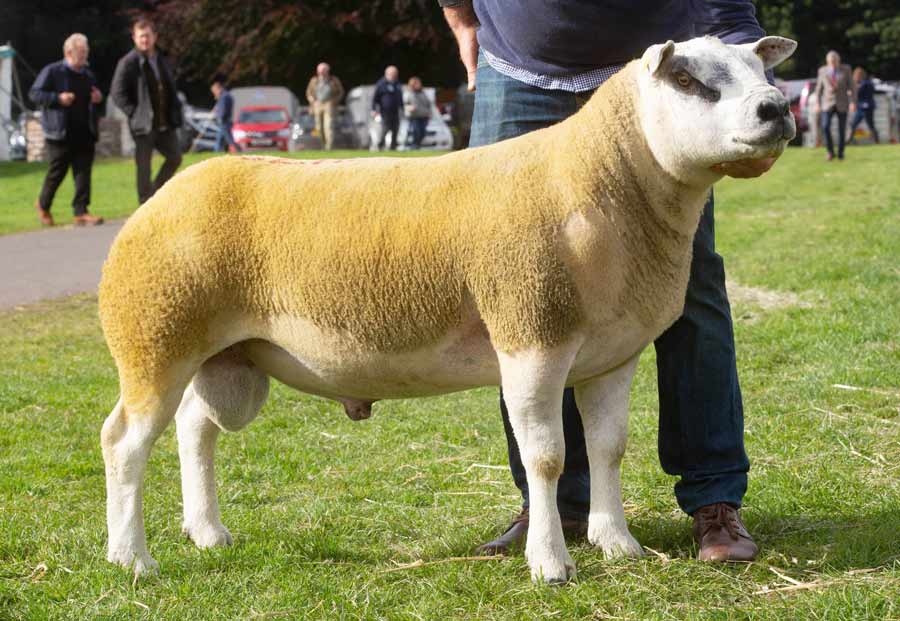 Garngour Awesome made the day’s top price of £29,000 © Tim Scrivener

Garngour Awesome is by the 15,000gns Knock Yardsman, which has already bred ram lambs up to 40,000gns. He is out of a Castlecairn Vavavoom ewe, which was the dam of Gangour Bullet, which made 17,000gns at Lanark last month.

At £16,000 was the pick of Neil Harvey’s Blackadder Mains consignment, Duns, which was from the first crop by the 2015-born Wolfclyde Wawrinka son, a sire that was bought for £1,200 at Kelso and originally bred by Hugh Jackson and Son, Biggar, Lanarkshire. 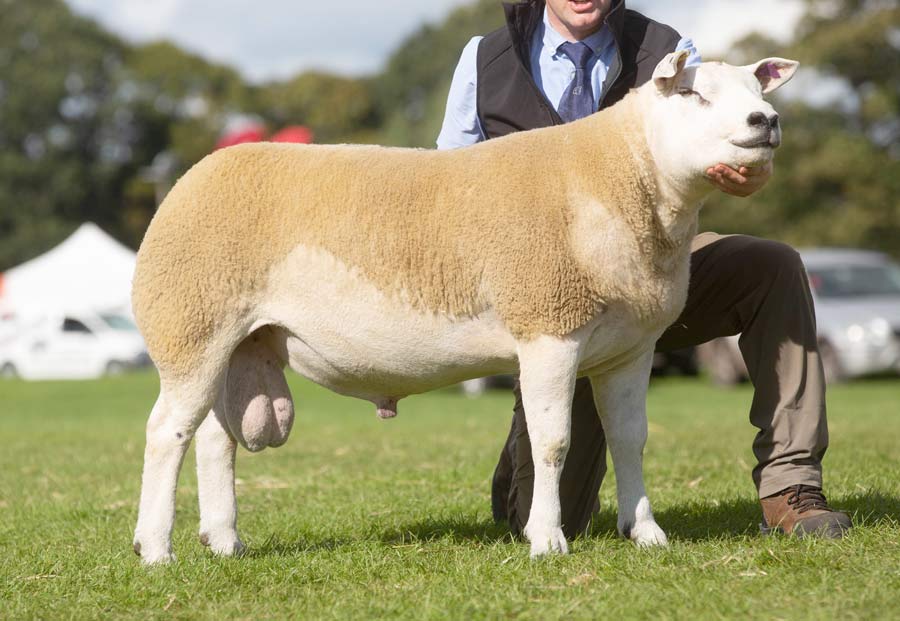 He is out of a Douganhill Taggart ewe and was shared in a three-way split between Iain Minto, Dolphinton, Jim Gibb, Biggar and James Orr, Carnwath. Another bred the same way made £6,500 when selling to Messrs Roots, Kilnford Croft, Castle Douglas.

Suffolk trade surpassed breeders’ cagey expectations, with shearlings down £76 on the year to average £648 and lambs up £47 to hit £520, leaving prices ahead of 2016 levels, which saw an average of £724 for shearlings.

There were 39 more sheep sold as 747 went under the hammer and, although there were disappointments in the shearling ring, Suffolk sheep society chief executive and secretary Robin McIlrath said this was to be expected. 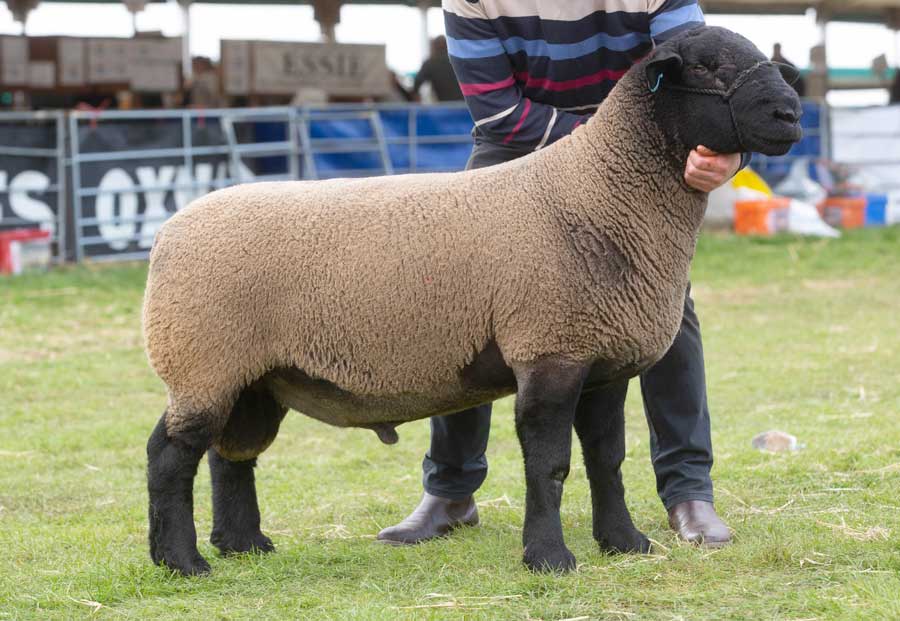 “The sale was not as bad as some breeders were anticipating,” he told Farmers Weekly. “There is considerable uncertainty around agriculture in general, political turmoil and lack of clarity on support for farming.

“Breeders were fearing the worst. And, although shearling prices were back, it looks like last year’s stronger prices were an exception rather than a rule.” 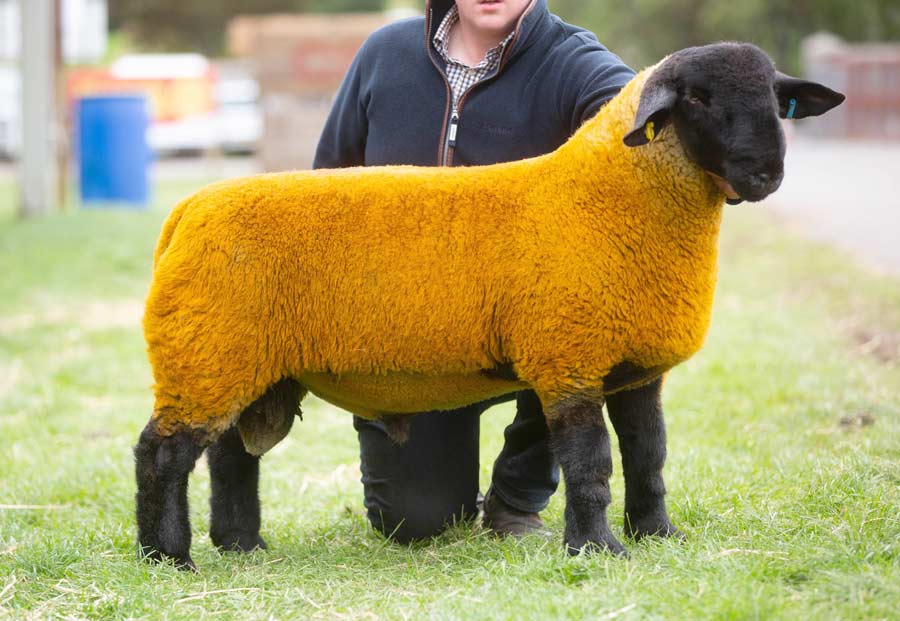