Swiss Holstein judge Patrick Ruttiman was bowled over by the quality on show at the sixth UK Dairy Day at the International Centre Telford on Wednesday (11 September).

But he was in no doubt that Newbirks Jazz 1584 (EX95) was a worthy winner of the Holstein and interbreed championship. 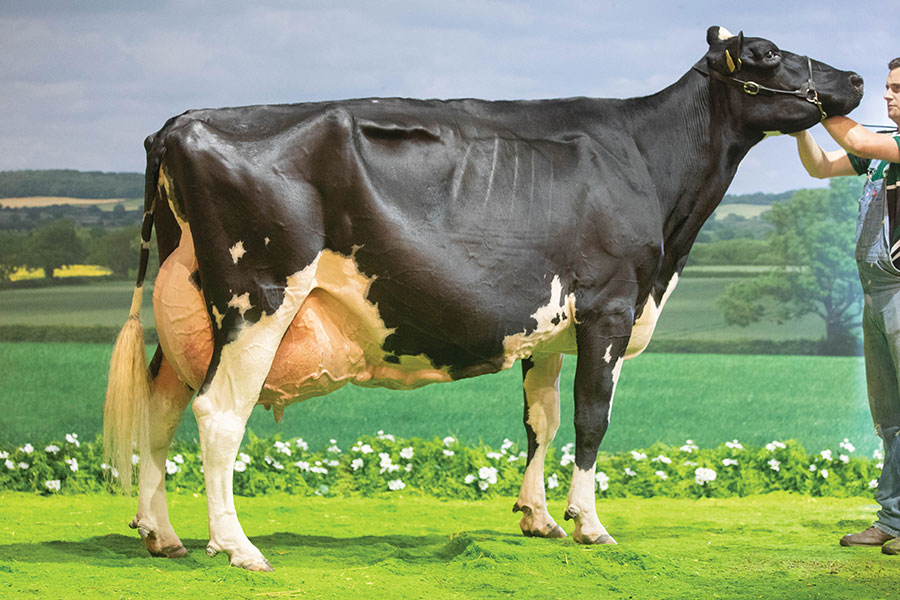 Originally bought from the Lawson family, Arthington, Otley, as a heifer in milk, the Comestar Lavanguard daughter was shown by owners Robert and Elaine Butterfield, Bentham, North Yorkshire.

She may next be exhibited at Agriscot in November.

Joybell was interbreed heifer and overall Ayrshire reserve at the Royal Welsh Show in July. This home-bred heifer is by Sandyford Triclo and out of Allstar Magic Joybell.

She is giving 38 litres after calving in late March and will head to the Bath and West Dairy Show and Agriscot this autumn.

This title capped a strong day for the Tomlinson family, with Ms Tomlinson’s parents, Blaise and Deborah, seeing Sandyford Provider Fragrance take the Ayrshire reserve ticket to add to her Ayrshire champion gong at the Royal Welsh Show earlier this year.

This second calver is out of Hunnington Fragrance 56 and by Richaven Provider. She gave 9,977kg in her first lactation at 3.82% fat and 3.31% protein.

A phenomenal day for the Evening herd of the Wilson family, Thursby, Carlisle, was topped with a Holstein reserve rosette.

Evening Stanleycup Jennifer (Ex95) was tapped out from a final five Holsteins, of which four were Wilson family entries. This followed an impressive reserve senior cow championship at Borderway Dairy Expo.

Jennifer is by Gilette Stanleycup and out of Evening Kingly Jennifer. She last calved in November, is still giving 55 litres a day and yielded 14,802kg in her second lactation at 4.05% fat and 3.15% protein. 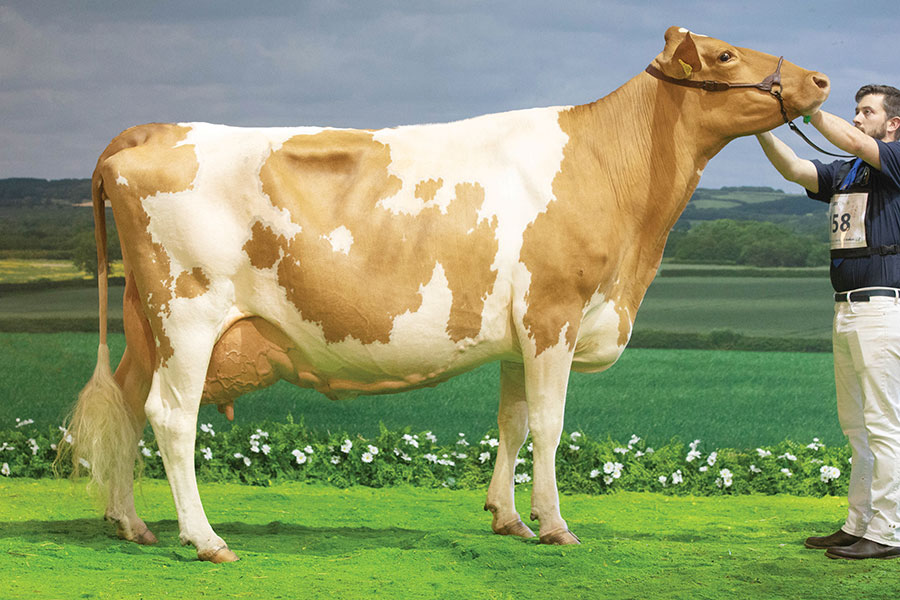 This home-bred fourth calver calved in late May and is giving 46kg. She is by a Tredinney sire and out of Latifa Whistle Mary.

This was Crunch Starsky’s first show outing after being bought at Exeter as an in-calf heifer at the Lower Keigwin dispersal for 1,200gns. She is out of Lower Keigwin Starsky 25 and calved on 10 June, giving 30kg at 5% fat at and 3.1% protein in her first lactation. 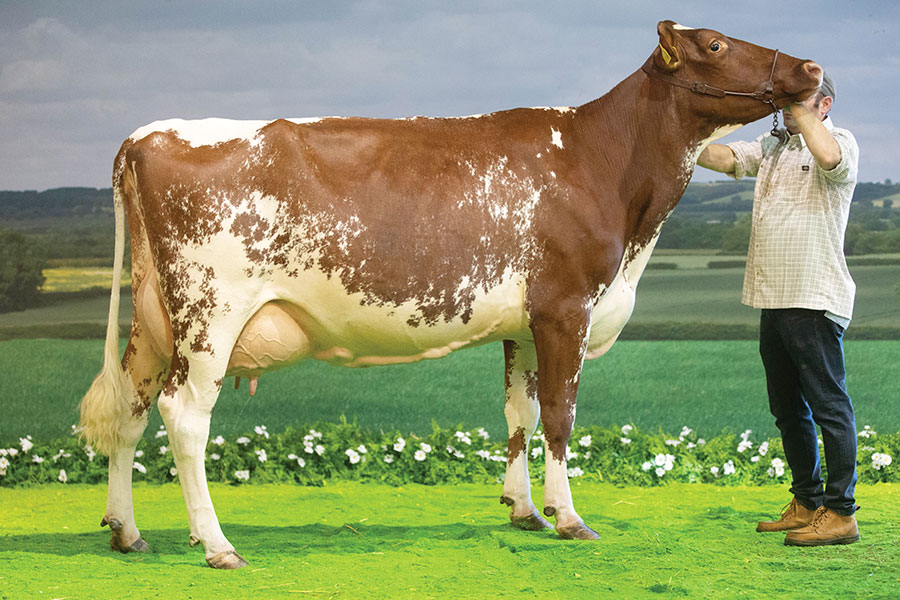 The Shorthorn ring was dominated by the junior cow, Twells Susie 69, from Pearn Wyatt and Son, Snetterton, Norwich, on her debut to Telford.

She clinched the breeding championship after placing fifth at the show as a heifer last year.

She is no stranger to the show ring, having won breed champion at this year’s Norfolk Show.

Staffordshire breeders RD Kite and Son, of the Cotonhall herd, were pipped both to the junior cow championship and breed championship by Susie 69, with the reserve ticket going to Cotonhall Butternut Sapphire on both occasions.

This home-bred second calver classified VG87 as a heifer and is by Blackwood Park Butternut and out of Cotonhall Sapphire 6.

She last calved on 1 July in the Kites’ 200-head herd and will return to Telford next year after her success at this year’s event. 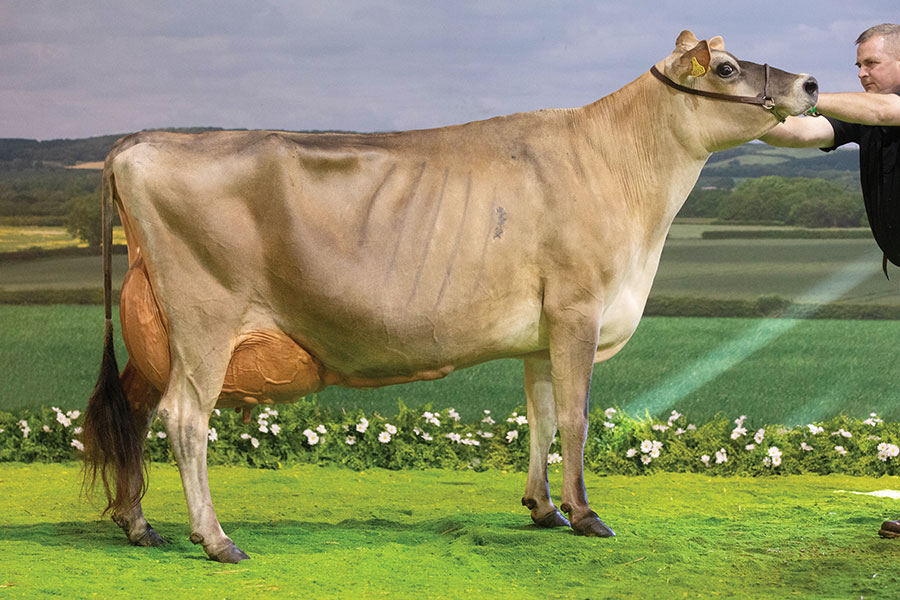 She is by Bluegrass Lord Singing Sam and out of Bluegrass Bobs Dream. She took the breed championship at the Welsh Dairy Show in 2017, second place at the Royal Welsh this year and will next compete at the National Dairy Show in October.

In reserve for the second time in consecutive years was the champion junior cow in milk, Bluegrass Tequilas Blondette.

She last calved in January, is giving 32 litres and already has a Royal Welsh Show breed championship and All Britain Junior Cow championships to her name. 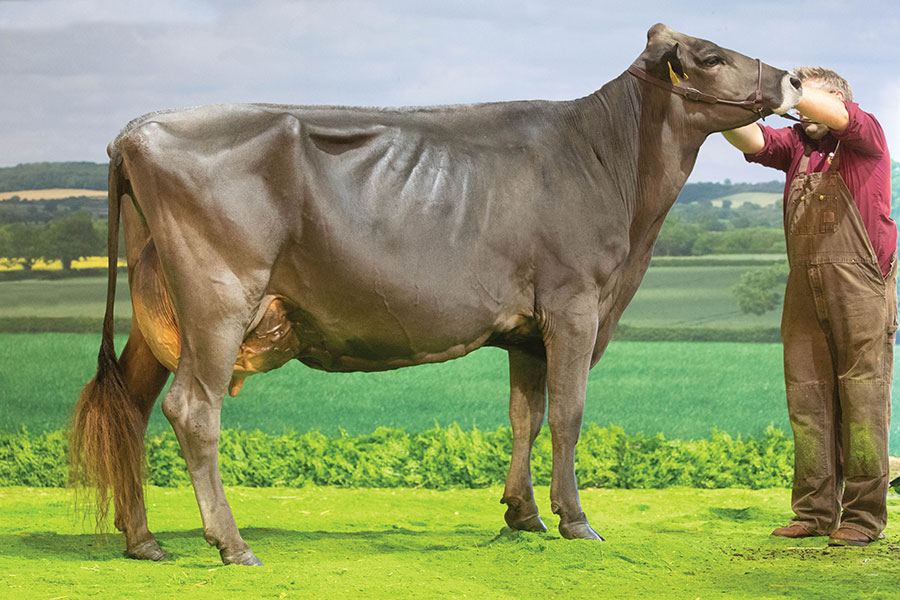 It was a family affair in the Brown Swiss ring as a mother and her heifer took the breed championship and reserve rosettes.

She calved in January and is predicted to yield 10,000 litres this lactation after peaking at 45 litres a day and giving 4.2%. fat and 3.7% protein.

After a phenomenal show career, which includes being crowned junior champion at the 2016 National Show and grand championship titles at the 2017 and 2018 Dairy Expo, Rhapsody could now be set for a break from the show circuit.

Rhapsody’s daughter, Rosa, was tapped out as reserve, returning after winning the heifer champion and reserve interbreed heifer titles at Telford last year.

Rosa calved in June and peaked at 38kg, with 4.2% fat and 3.2% protein. She will head home to the the Lochheads’ 140-head Brown Swiss herd in Scotland, before taking on the Dairy Expo at Borderway next March.