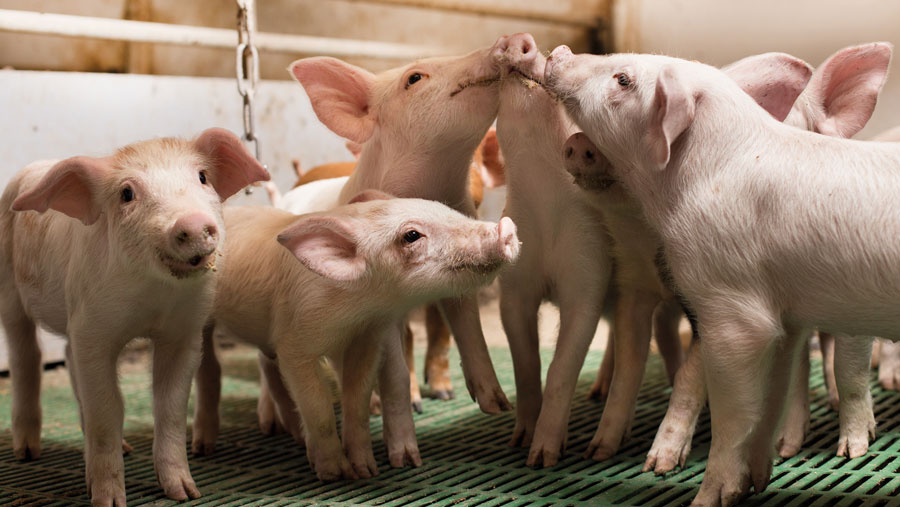 The return of Covid-related staff shortages in processing plants could contain pig prices later this summer, despite a predicted monthly shortfall of 100,000 pigs by September.

The fact that short supplies may not mean high prices is prices is a worryingly negative sentiment for pig farms losing £35-£50 a pig.

If processors fail to take contracted pigs again, a drop in pig production may be balanced by lower processing capacity. The expected supply drop – due to herd liquidation and downsizing to cut losses – is equal to a large abattoir’s monthly throughput, say analysts.

One farmer told Farmers Weekly that 25% of their last two weeks’ orders had been cancelled and they were losing more than £32,000 a week on 930 pigs.

As well as cancellations, some pigs are still being rendered, said independent business consultant Dominic Charman of CharmanAg.

Mr Charman calculated 100,000 pigs could feed the 1.74 million school children eligible for free school meals for about three months. This was based on the recommended 90g of meat for every child, from an 85kg carcass across 100,000 carcasses.

“This shortfall is for a 12.5% reduction in output, but there’s reason to believe the contraction could be 25%,” he said.

“An Agrovision benchmarking dataset that covers half the national herd tells us pig supply will drop about 25%, but whether you extrapolate that across the other half of the herd depends on your outlook. Either way, it’s worrying for food security.”

And imports would continue to undercut UK pork, he said. German pork is 26-33p/kg cheaper than UK product.

“European producers with slatted systems and very often superior technical performance can produce more kg of pork and, in some cases, not even need a tractor. Straw leads to costs in machinery and labour in the UK which disadvantages UK farmers.”

He underlined disease as a major question mark over the sector, including the recent Norfolk disease outbreak (unidentified at time of writing) and African swine fever near Rome. Latest reports show dozens of cases in wild boar as recently as 23 June.

Another major factor was the Ukrainian conflict, and while cereal prices had eased in recent weeks, he said that November London feed wheat at £277/t left no cereal-feeding pig system a chance of making money.

21
How many months UK pig farmers have, on average, been losing money