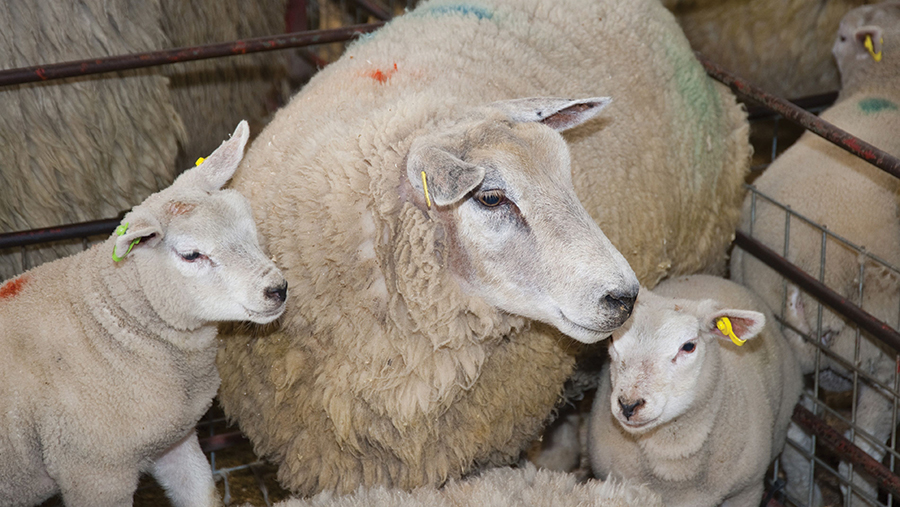 Red-hot cull ewe and hogg prices have lifted trade for breeding sheep this year, but challenging weather took the edge off demand for plainer ewes and smaller lambs.

Sedgemoor saw 191 outfits average £56.64 a life last week, its lowest average of the year and £10 a life back on recent weeks.

Trade has regularly averaged £67 a head this year, with some stronger entries averaging £71-£73 a life in January and February.

Kivells auctioneer Russell Steer said that ewes with meat on their backs and lambs over three weeks old were in demand, but others were seeing resistance.

“Friday was the first day we’ve seen a bit of distance from the buyers,” said Mr Steer, adding that a little backlog had been seen with buyers running out of room to house sheep.

“People with limited room lambing on higher ground are needing sheep sold. Anything with lambs three to four weeks old stood out on Friday and sold well.”

Contrary to the trend further south, a small entry of 40 outfits saw an “electric” trade at Lancaster on Monday (2 March) to average £82.83 a life at its opening weekly sale of sheep with lambs at foot.

Most ewes had strong lambs at least two weeks of age, with a high proportion of ewes being older full-mouthed Mules.

North West Auctions auctioneer Ian Atkinson said that the poor weather had got in people’s minds, with plenty of keen bidding around the ring and buyers turning up expecting bargains to be had.

In comparison, Lancaster’s opening sale last year included a flock dispersal and saw 85 outfits average £58 a life and levelled at £58.25 and £57 a life in subsequent weeks.