Sale leader was the heifer Wormanby Statesman Gloriette, sired by Boclair Statesman and out of Wormanby Fever A Gloriette VG86 (2 year). Her grand dam was the All Britain Nominee Wormanby Aftershock Gloriette Ex93, who was placed second at both UK Dairy Expo and UK Dairy Day in 2014.

She was bought by an undisclosed purchaser. 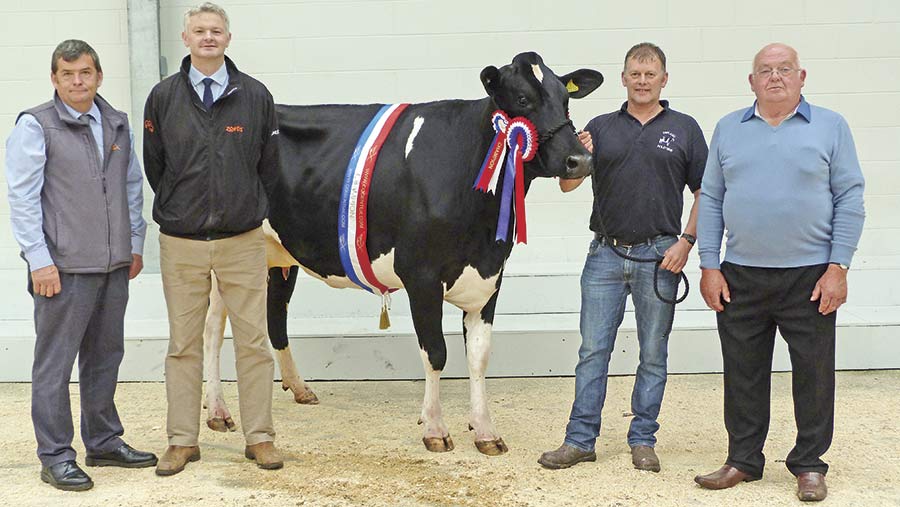 Consigned by DI and AA Cannon, Espland Farm, Appleby, she was sired by Gillette Jordan and is out of Espland Sid Marilyn 4 VG86. She also sold to an undisclosed bidder. 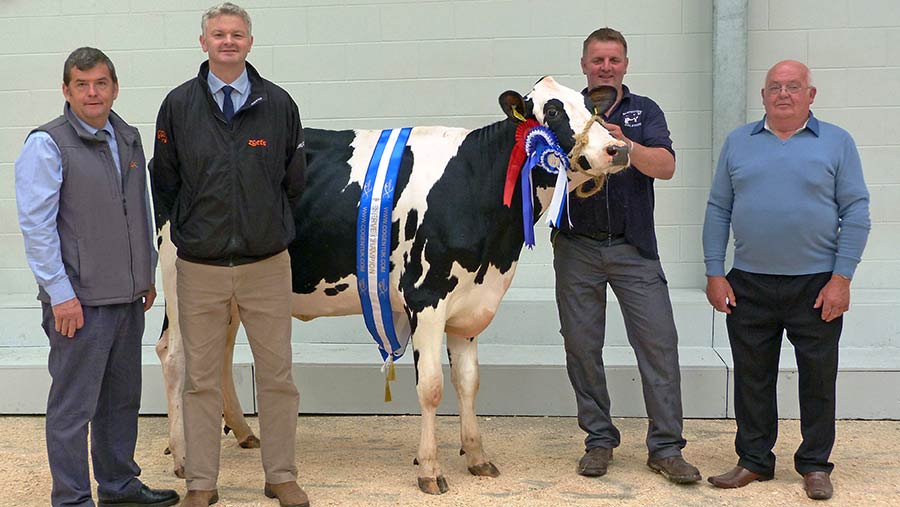 Selling for the same money was the reserve champion Warnelview Fever Silverwings 3, consigned by the Wilson family from Wood Farm, Carlisle. She was sired by Crackholm Fever and traced back to Burwren Midnight Silverwings Ex92, which produced over 60t during her lifetime. She caught the eye of Barr Farm Ltd, Fife.

Gavin and Jonny Lochhead, from Dumfries, sold 30 heifers from their prize-winning Kedar organic herd of Brown Swiss, based in Dumfries.

Leading trade in the group of in-calf heifers, due in July, was Kedar Archie Gill, sired by Kedar Vigor Archie and out of Kedar Ha Driver Glenda PI VG89. She sold for 2,500gns to an undisclosed purchaser having run with Kedar Hotstuff.

Gill is bred from three generations of Excellent cows that are still milking at Kedar. The third dam is the highest classified Brown Swiss cow outside Switerland, Kedar Seattle Glenda EX96 7E, and was grand champion at the Dairy Event in 2009. This month she is due with her 12th calf and is close to producing 100t lifetime.

Leading prices in the young calf section at 1,000gns was the show heifer Kedar TD Lucie PI, which sold to Hannah Lilburn, Northern Ireland. Sired by Webster Ridge TD, she is out of Kedar Vigor Liesa PI VG86 by Sun Made Vigor.