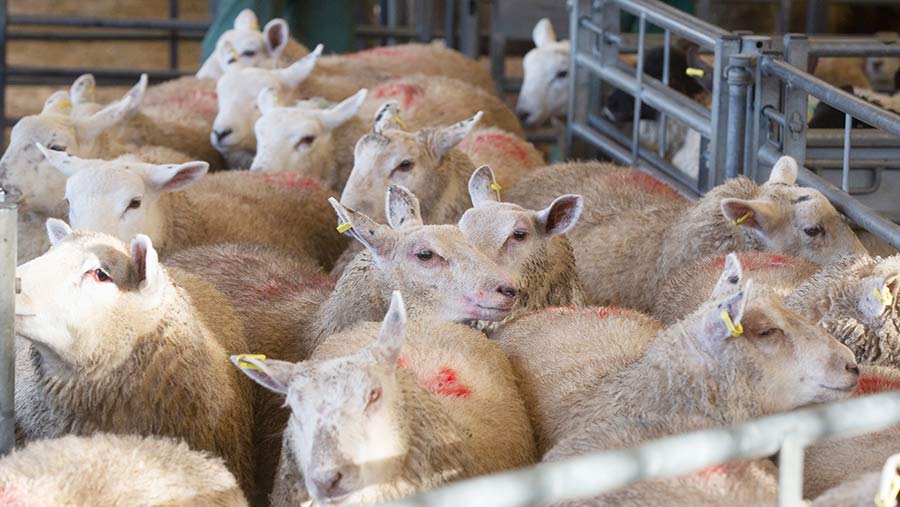 A cautious prime lamb market has seen prices track upwards into 2019 to start the year on a positive note.

Stronger trade is being helped by tightening supply, according to mart throughputs and Defra slaughtering figures.

Furthermore, the AHDB predicts lamb numbers between January and May to be 7% smaller on the year, which analysts say should be supportive of prices going forward.

This is according to auctioneer Drew Kennedy of Craig Wilson Livestock, who has seen average weights drop to 41-42kg from 45kg over the past six weeks or more.

He added that quality was good, after a trend of lambs being penalised for being overfat around November time, and suggested that into February and beyond, supply was likely to tighten.

“I would expect lambs to be getting tight, and by March/April time there will be less about,” said Mr Kennedy.

“It won’t be immediately though. We often see some big draws of lambs at the end of January when dairy farmers want lambs off fields.”

Mr Sealy said trade had improved, even compared to the Christmas sales, which averaged 193p/kg, lifted by championship Beltex lambs averaging more than £3 and topping at £6.74/kg.

“One concern of mine is that store lamb feeders will hold on to lambs too long,” said Mr Sealy, who reported 500 “heavy lambs” on Saturday.

“Heavy lambs can be hard to sell at times and I fear that it will be difficult for another repeat of last year’s phenomenal spring prices.”