A six-figure call was one of the main highlights of Lanark’s opening Scottish National Texel Sale on 23 August, as 325 ram lambs averaged over £3,400.

A total of 20 lots sold at five figures or more, with averages lifting over £700 on the year.

Texel Sheep Society chief executive John Yates said that costs incurred during the long winter and uncertainty about the coming winter and post-Brexit markets had left some commercial bidders more reluctant to spend.

He said this was reflective of a number of early sales but that there was a “broadly optimistic” mood among breeders.

Trade peaked at 125,000gns for the noted Rhaeadr Best of the Best from Welsh breeder Myfyr Evans, who knocked down to Hugh and Alan Blackwood, Audhouseburn flock, Muirkirk, Ayrshire. 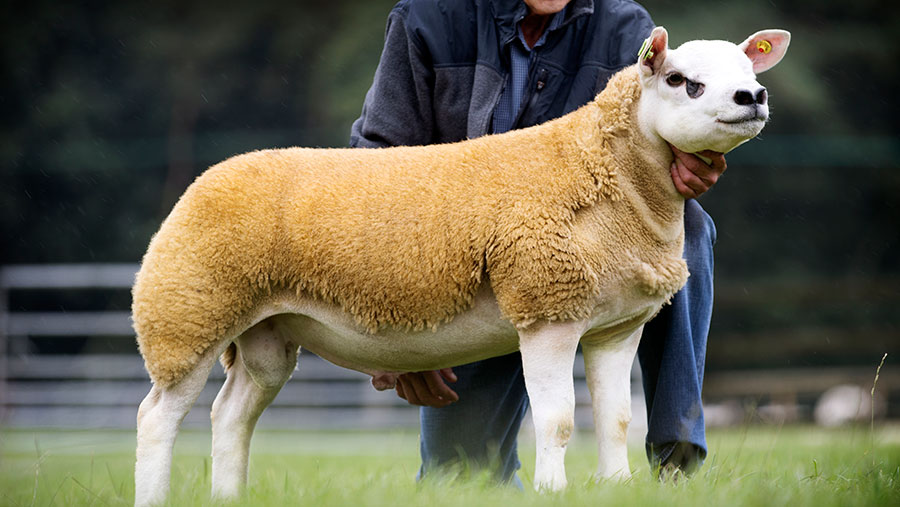 Rhaeadr Best of the Best from Myfyr Evans made top money of 125,000gns

The Blackwoods were back in the action again, this time selling the day’s second top lot for 75,000gns to Keith, Roy and Alan Campbell, Cowal, Argyll.

Audlhouseburn Boss is out of another home-bred Vicious Sid daughter and is this time by the 130,000gns Sportsmans A Star. 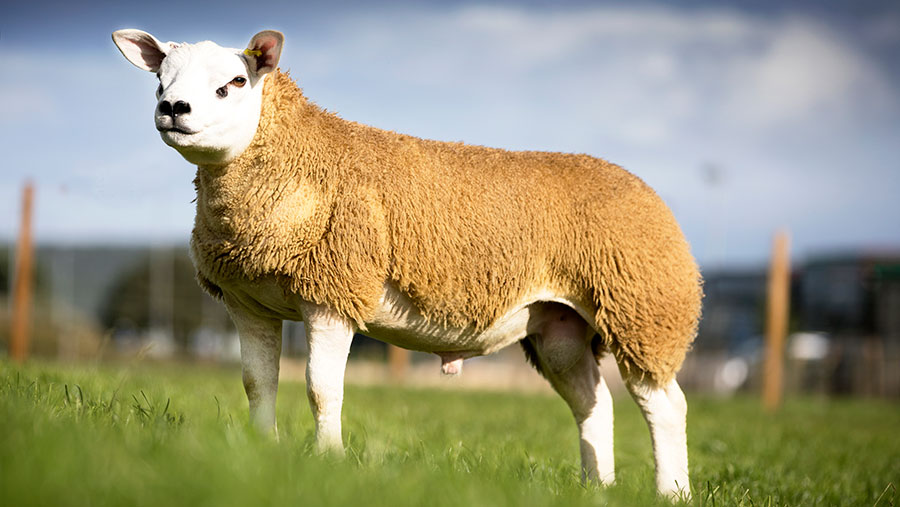 At 40,000gns was the day’s pre-sale champion Haddo Balvenie from the Knox family, carrying a 470 index. He was sold in a three-way share to John Elliot, Roxburgh, Staplegrove Livestock, Foxhill, and Ken Hodge, Greenarch. 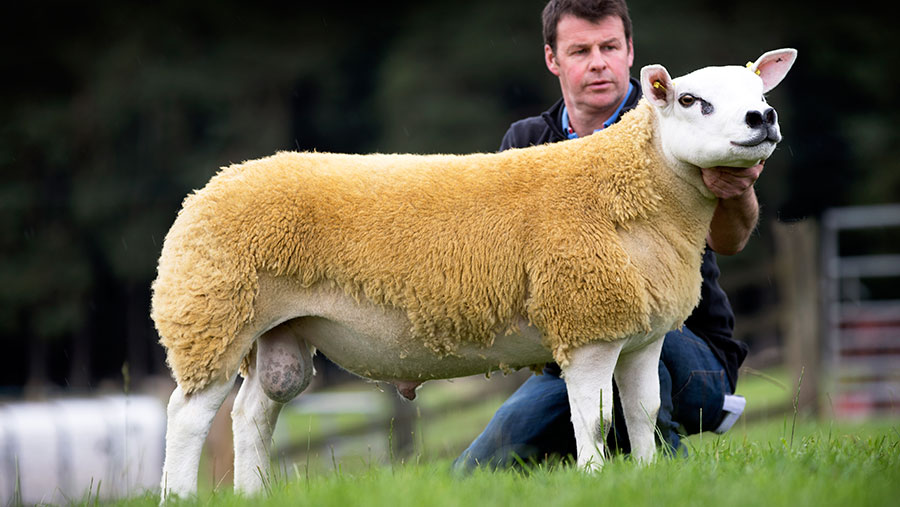 Balvenie – a Highland Show champion earlier this year – is by Clinerty Yugan Khan and out of an Eden Valley Warlord daughter.

Late in the day at 32,000gns was Plasucha Big Gun from Robert Bennett, which boasts a 415 index. He is by Plasucha All Star, a Kelso Wiseman daughter, and was knocked down to Cheshire, to Charlie Boden’s Sportsmans flock.

A yarding of 54 Texel females were £120 dearer at £1,670, with averages helped along by an 18,000gns call for a Plasucha gimmer from Robert Bennett, Welshpool.

The leading female – who has an index of 346 – is an ET-bred daughter of Eden Valley Wiz Kid out of a Garngour Upperclass daughter. 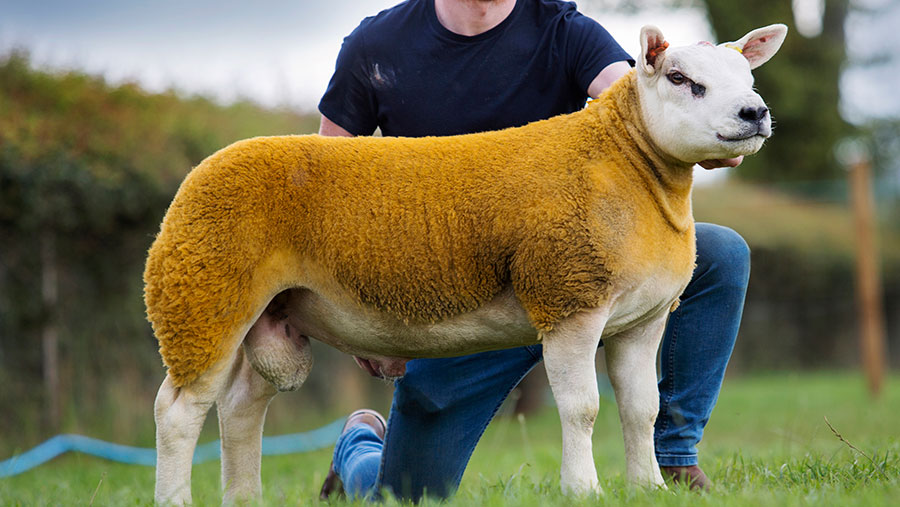 She sold to the Foxhill flock, Staplegrove Livestock, Devon, after claiming fourth place at this summer’s Royal Highland Show and champion at the Shropshire County Show.

Next at 5,000gns was Brian Hanthorn’s gimmer by Glenside Willie Winkie daughter selling to Messrs Turner, Derby. She is out of a dam by Haddo Ringleader and is a full sister to the 42,000gns Mullan Armani and boasts a 387 index.

At 4,800gns was a Bryn-Y-Coed Bear daughter from Ryan Bradley, which knocked down to the Hexel flock of Donald MacPherson. She is out of a dam by Tophill Union Jack.