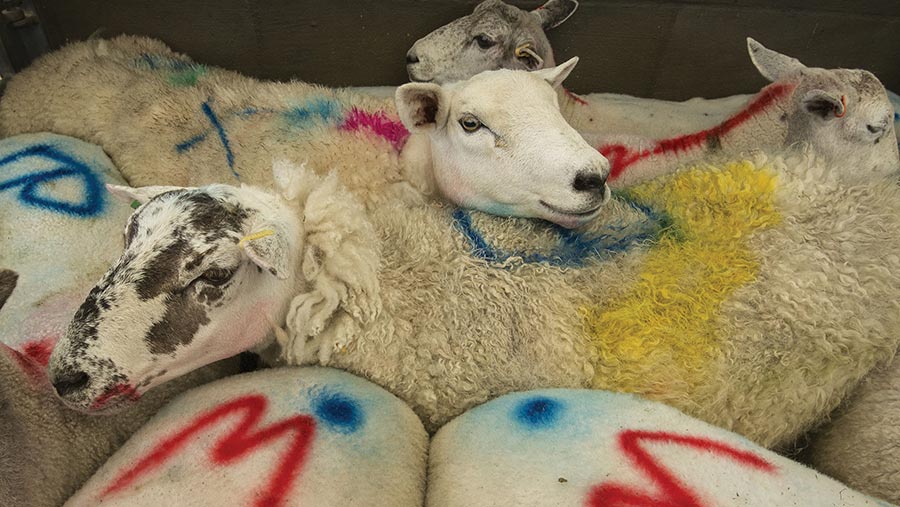 Panic buying of cull ewes in March has tightened supplies this month to maintain reasonable averages, despite Ramadan fasting and communal evening meals being limited by the lockdown.

The frantic cull ewe trade has eased but auctioneers say lower weekly throughputs are helping supply to balance with demand.

Farmers and marts managed supply carefully since mid-March when a bumper 42,690 ewes were sold at a record average of £112.52 a head.

At this point, sheepmeat was reported to be the dearest red meat at some ethnic retailers.

Last week culls averaged £74.95 a head – £5 a head up on the year. Marts are now calling for ewes as Ramadan draws to a conclusion.

Some better sheep were £20-£25 a head less at Hailsham during late April and May, in line with less demand due to Ramadan fasting.

Auctioneer Nick Young of South East Marts is expecting prices to strengthen later in May and again in mid-July.

This is because of Eid Al-Fitr (24 May) and Eid Al-Adha (31 July) – the Festival of the Sacrifice in the Muslim calendar.

“Now might be a good time to fatten plainer ewes in this mid-Ramadan period and then get them gone in mid-July ahead of the next festival,” Mr Young told Farmers Weekly.

He said a very strong trade had become slightly pressured over recent weeks.

Last month the mart reported highs of £140 from Robert Smith, Hooe, £130 from Richard and William Brown, Seaford, and £127 from FG Colls, Uckfield.

-20%
The reduction in cull ewes sold through the marts on the year so far up to 9 May, which currently stands at 529,530-head

Numbers are lower at Rugby, where Tom Wrench and the team are expecting demand to lift as they come to the end of Ramadan and May wears on.

“Numbers are massively back, we would normally expect to be nearer the 1,000-mark,” said Mr Wrench. “I think numbers will come forward for the end of Ramadan and it will be well catered for.”

Mr Wrench said that just small trailers of three or four sheep were worth taking in as they were still valuable.