Averages were back slightly on the year for Beltex males and females at Skipton and Welshpool, which both reported strong lead prices last week.

It was shearling rams and gimmer lambs that were dearer on the year at Skipton where 315 lots were forward, while in Wales it was shearling ewes that saw stronger bidding.

Scottish breeder Stuart Wood of the Woodies flock, Skene, Aberdeenshire, marked his first visit to Skipton with a lead price of 4,000gns for imported lamb Rene de Coquiamont over the weekend (2 and 3 September). 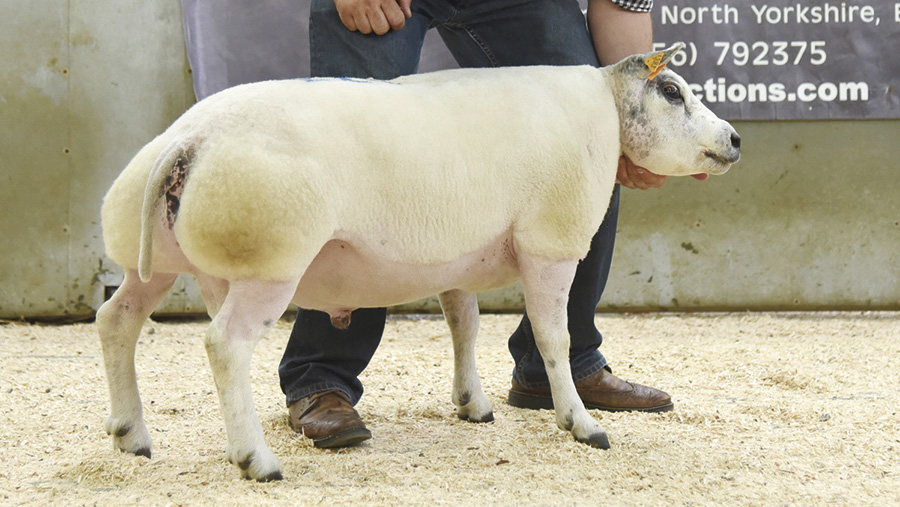 The Belgian sire is by Perfect and out of Olive de Coquiamont and hails from the same flock as The Godfather.

He was knocked down to Richard and Mark Ireland, Whalley, Lancashire, to develop their new Shamrock flock. 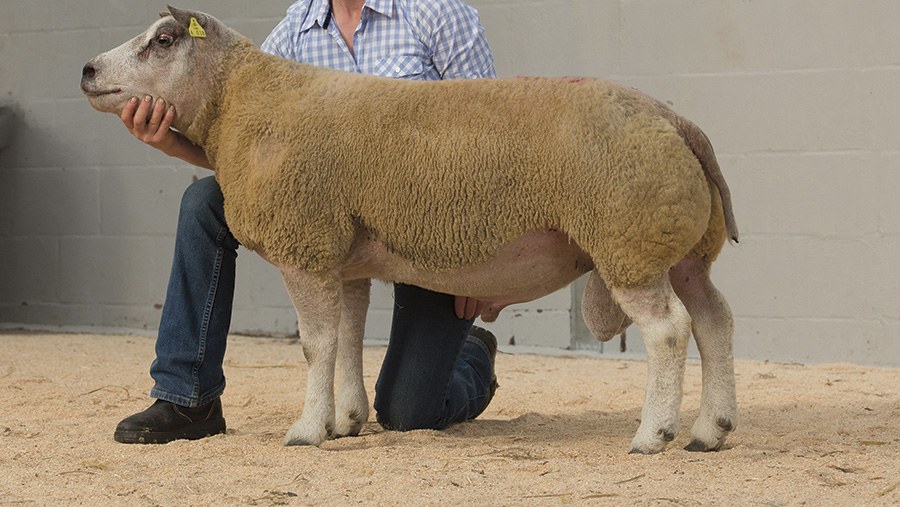 A ram lamb and the supreme champion and female champion then made 2,400gns.

The female was the northern Irish Artnagullion Amazing from Elizabeth and William McCallister, Kells, Ballymena.

She is by a ram imported from Belgium by Andrew Graham, Wigton, Cumbria, and out of Artnagullion Reva, a home-bred, Beach Norman daughter. Buyer was Andrew Wood, Whittingham, Preston.

Commercial demand drove a solid trade at Welshpool last week (31 August), with a top price of 3,700gns and shearling ewes more than £70 up on the year.

He headed home with Steve and Sara Gibbons’ Whatmore flock, Brecon. This Cennen Turbo son is out of a Luggsmill Neely daughter.

Next at 2,000gns was Michael Owens, Llandysul, with Granter Armani, out of a dam by Dooley Racer and by Granter Tywysog.

He went home with Richard Wood of the Kingledores flock, Biggar.