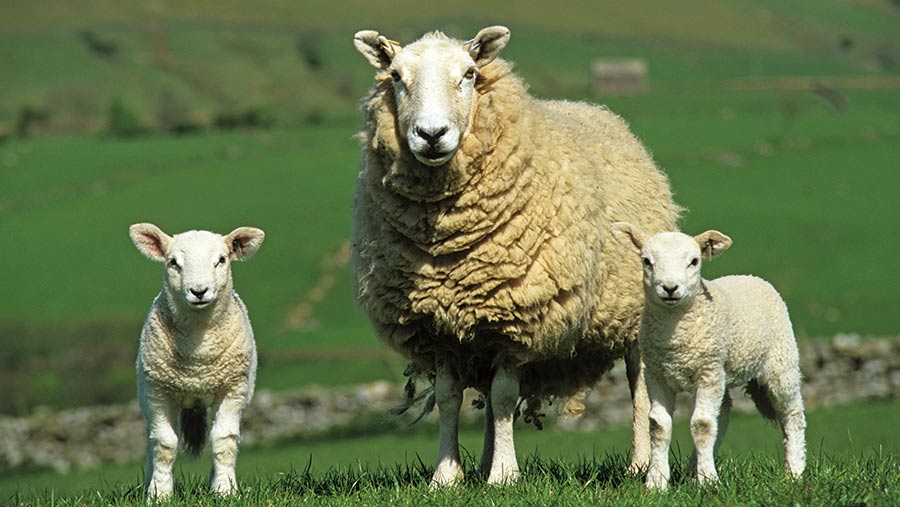 A relatively kind spring has bolstered interest for sheep with lambs at foot in 2019, to leave prices at a similar level to last year, say auctioneers.

This is despite new and old season lamb SQQs (standard quality quotations) being back on the year and continued Brexit uncertainty.

Prices have become steadily dearer each week at Exeter, where three- and four-crop ewes are making up the bulk of the entries with trade now matching last year.

Auctioneer Russell Steer of Kivells has seen buyers that were unable to source shearlings in the autumn because of the drought come to sales in earnest to replenish flock numbers.

“People buying couples are going to have to face the store lamb market in the autumn, so I think an outfit sold at £65 a life looks well sold,” said Mr Steer.

Throughputs are building at Welshpool where Tom Davies, sheep auctioneer and surveyor at Welshpool Livestock Sales, is expecting weekly numbers to reach 700 by late April and more than 1,200 in May for the Bank Holiday sales.

Sales started strongly on 11 February to average of £70.86 a life, but since then averages have been pulled down by hill-bred Welsh Mountain ewes.