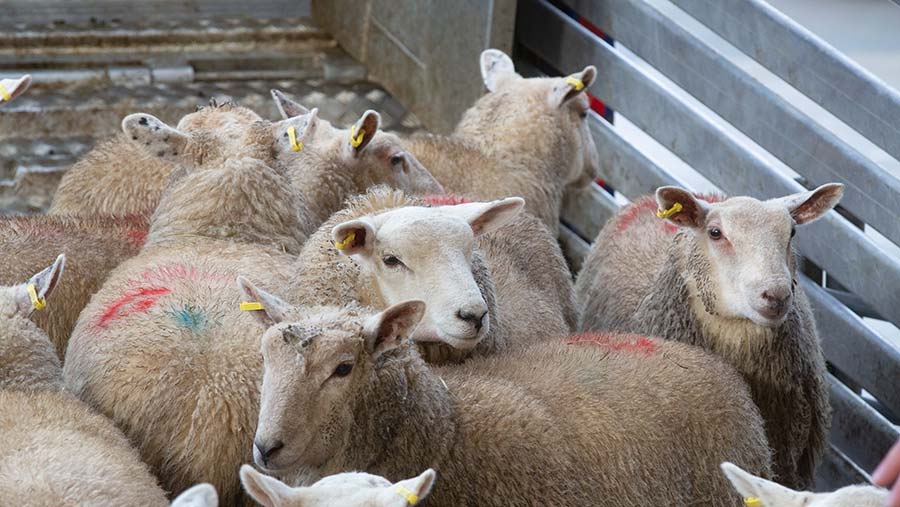 And while the industry now expects prices to start easing back in line with seasonal trends, farmers are reminded that UK prices are falling from above the five-year average and could be supported by lower southern hemisphere production forecasts.

Trade was “hard work” for Russell Steer and the team at Kivells on Monday (3 June), as business slipped back £5 a head on the week to an SQQ of 206p/kg.

“A fortnight ago we had 2,000 lambs and no trade at all, but at least this week there was trade,” Mr Steer told Farmers Weekly. “Lambs around 38-42kg have the most bidders, but aren’t the dearest a head.”

He said increasing supplies of spring lambs, uncertainty on the continent and the tail end of the hogg trade were not helping prices, although hogg supplies were beginning to dry up.

Monday’s sale had seen a glut of lighter lambs come forward,Mr Steer said, prompted by some good trades in May and a desire for early lambers to get through lambs.

“Some people are thinking that if they can make £80 from a light lamb, it’s best to just get them sold.”

New-season lamb prices fell 30p/kg on the week at Bridgnorth on Tuesday (4 May), after a stronger trade the week before.

New-season lambs are being marketed in greater numbers than this time last year, with April 2019 throughputs almost double that of April 2018, according to sheep auctioneer Martin Clack of Nock Deighton Agricultural.

“Buyers have preferred the lighter lambs and hoggets all the way through the season,” he told Farmers Weekly. “Lambs are most definitely coming quicker, even though there has been a trend to save on losses and cut costs by lambing later outside.”