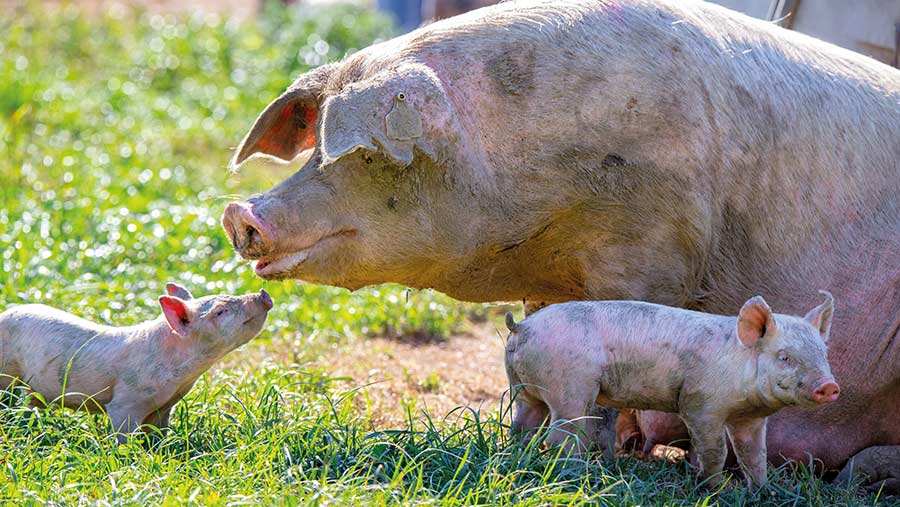 Brexit, Covid and summer holidays have combined to stretch staffing in the supply chain, from haulage companies to meat plants.

Hundreds of job vacancies have been reported, with EU workers now in short supply.

And with Europe’s pork market also falling, this has left a price differential which can be exploited. For example, Germany’s grade E pig price has fallen 20p/kg since mid-June.

Pig market analyst and consultant Peter Crichton reported that UK cull sow prices had fallen by as much as 8p/kg to 38-44p/kg. Farms are now faced with a big depreciation on a replacement gilt worth £200 if a cull sow is worth £50.

Some processors have had to roll prime finished pigs over to the following week, meaning carcass weights are on the up again after holding fairly steady through the summer.

The latest (21 August) average Standard Pig Price (SPP) carcass weight was 87.21kg, 1.17kg heavier than at the start of July, although reports have played down numbers of out-of-spec pigs.

James Morrish, pig auctioneer at Exeter and Holsworthy for Kivells, said large, good-quality, white sows have already dropped in value by £30 a head and were set to drop further this week.

“It’s obvious there is a major problem and I’m hearing on the grapevine that the large sow processing plants in Germany are struggling to find people to chop up the meat,” said Mr Morrish.

“We have been told by the cull sow buyers to expect another drop again this week, which could leave most strong sows at around £80-£90 a head.”

But he stressed that the live markets had seen remarkably strong trade for prime pigs, and white store pigs had made £90 at six weeks of age, which was twice the price of a month ago.

Hobbs Parker’s pig auctioneer Mark Cleverdon also stressed that, while the cull sow trade was difficult, the best finished pigs had still made 120-140p/kg liveweight over the past three sales.

“Best finished pigs are more than a fair price,” he said. “They are coming to the equivalent of 170p/kg deadweight or thereabouts.”