Angus bull averages remained above £5,800 for the second year running at Stirling this week (2-3 February), with a 25,000gns call taking the headlines.

Taking the top call was Gordon Barney U334 from the Trustees of the Gordon Brooke Estate. Barney is by Rawburn Joe Eric and out of the notable Linton Gilbertines Brandy.

He caught the eye of Messrs Fraser, Idvies Herd, Forfar, Angus, after winning a red ticket at the pre-sale show. 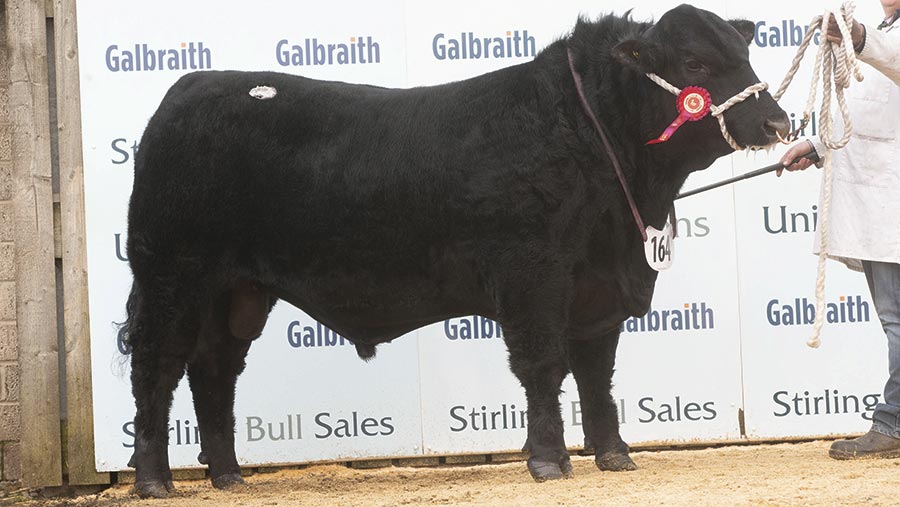 Next best at 17,000gns was Stouphill Marcus Prince U251 from Messrs William D Allen, Humbleheugh, Alnwick. He was bought by K McOscar, Cookstown, County Tyrone.

Prince is a son of Duncanziemere Jigsaw out of the Stouphill Endeavour daughter Stouphill Marsala Pearl. 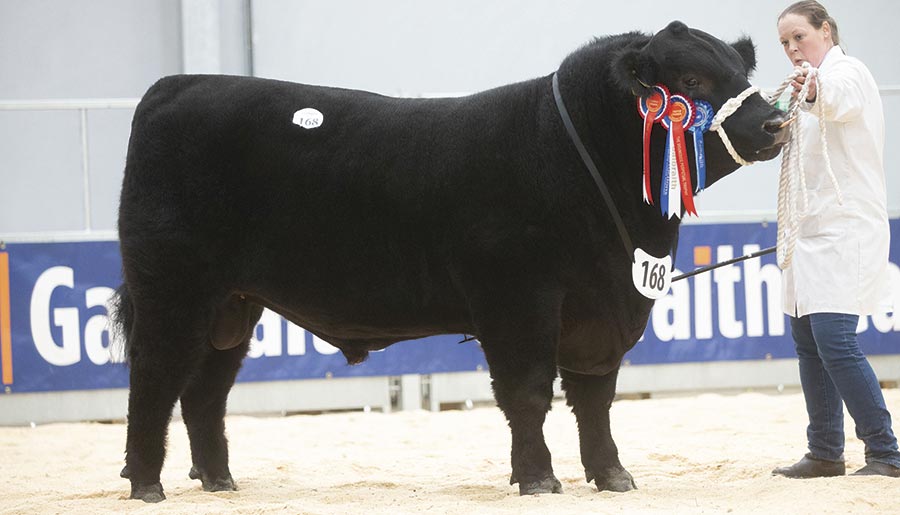 At 13,000gns was the Nightingale Dunbar son Cardona Jewel Eric U054 from JR Galloway, Doune, Stirling. He is out of Cardona Jewelist Erica, who is from the Cardona Jewel Line that makes up 40% of the herd. 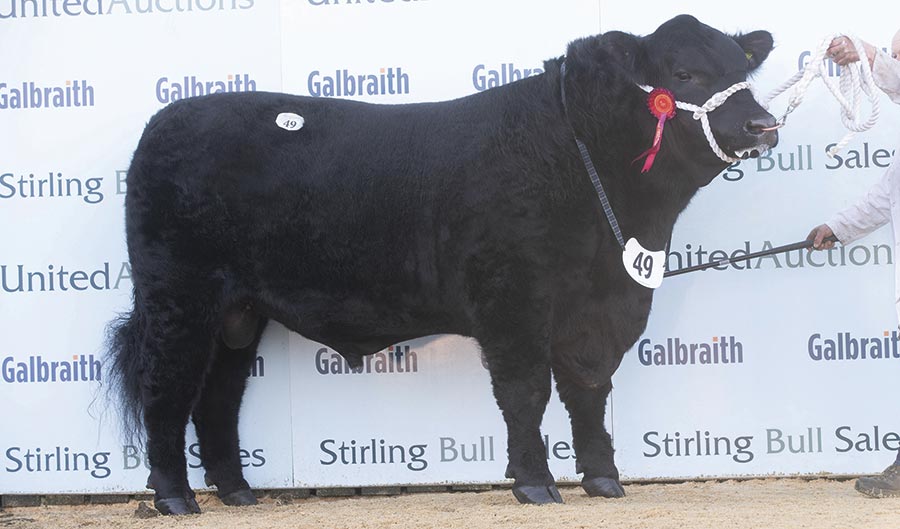 He was knocked down to G & W Henderson of Culrain Mains, Sutherland.

Two Tonley Jester Eric sons then made 11,000gns. Blelack Prince Charlie U931 made this money for NF Massie and Sons, Dinnet, Aboyne. He sold to M and S Wilson, Newbank, Dumfriesshire.

He is out of Blelack Princess Caria, a two-year old Hallington Principal heifer. 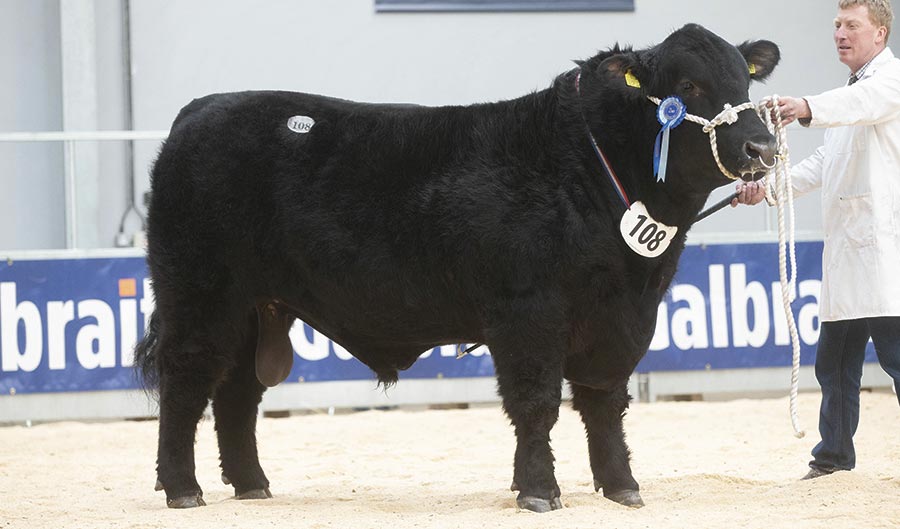 Matching this was Tonley Kasper U512 from Neil Wattie, Alford, Aberdeenshire. Kasper is another Jester Eric Son, this time out of Tonley Kay Pride. 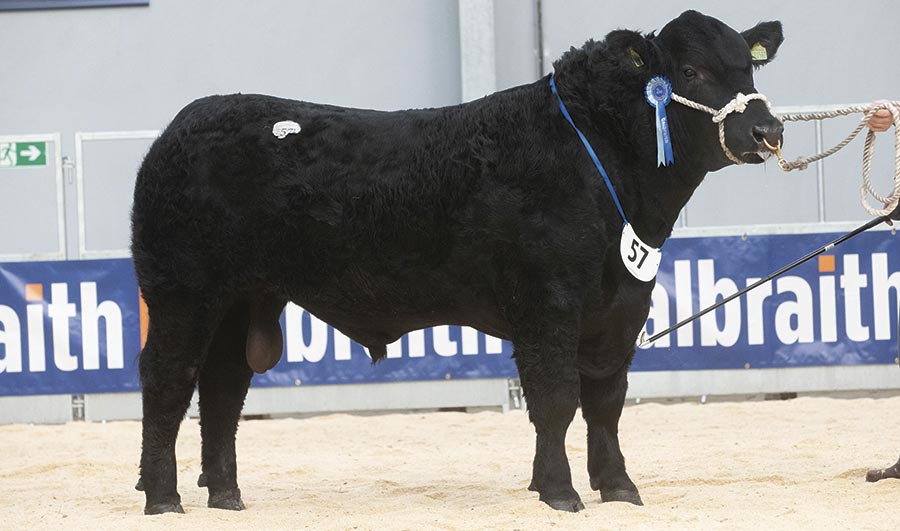 He was shared three ways between JHC Campbell and Son, Northumberland; S and S Medley, North Yorkshire; and Alan Lawson and Son, Newcastle-upon-Tyne.

Mr Massie was in the money again with another Tonley Jester Eric son – Blelack Prince Cooper U938 – who was the first of two sires to hit 9,000gns.

He is out of Blelack Princess Carina and sold to C and E McCombie, Auchincrieve, Aberdeenshire.

Also at 9,000gns was HW Black Barbaresco U459 from Dunblane, Stirlingshire. He is by HW Fabulous and out of Balhaldie Black Beryl.

He caught the eye of Seafield Pedigrees, Redditch.

Next at 8,000gns was Logie Defence U836 from AJR Farms, Milton of Collieston, Ellon, who was knocked down to CW Brooke, Ross-shire. He is by Rawburn Enoch and out of the Netherallan Peter Pershore E025 daughter Logie Delia.

Female trade topped at 3,100gns for an April 2018-born heifer calf from the Tonley herd of Neil Wattie. Tonley Eyrie U520 sold to an undisclosed buyer.

She is by Tonley Emperor and out of Eyrie R179. She is six months in-calf to Tonley Pato N938.