The Charolais ring achieved the Stirling bull sale’s highest price of 23,000gns and the highest average of £5,559 despite difficult trading conditions.

Bull averages were back over £1,200 on the year, but society chief executive officer Peter Pythian stressed that fast-growing and efficient cattle were what buyers were looking to breed with Charolais bulls.

Topping trade at 23,000gns was the 16-month old Goldies Oasis from Hamish Goldie, Ruthwell, Dumfriesshire, which was snapped up by R and N Barclay, Insch, Aberdeenshire.

Oasis is by Gretnahouse Heman and out of Goldies Icequeen, a daughter of Goldies Formidable, which has previously bred sons to 26,000gns.

Two then made 12,000gns. The first at this price was Coolnaslee Oreo from Jonathan Crawford, Maghera, County Derry.

Oreo is by Mortimers Hurricane and out Balbithan Gilly, a daughter of the 10,000gns Chunal Dougie.

He caught the eye of John and Raymond Irvine, Ballindalloch, Banffshire. 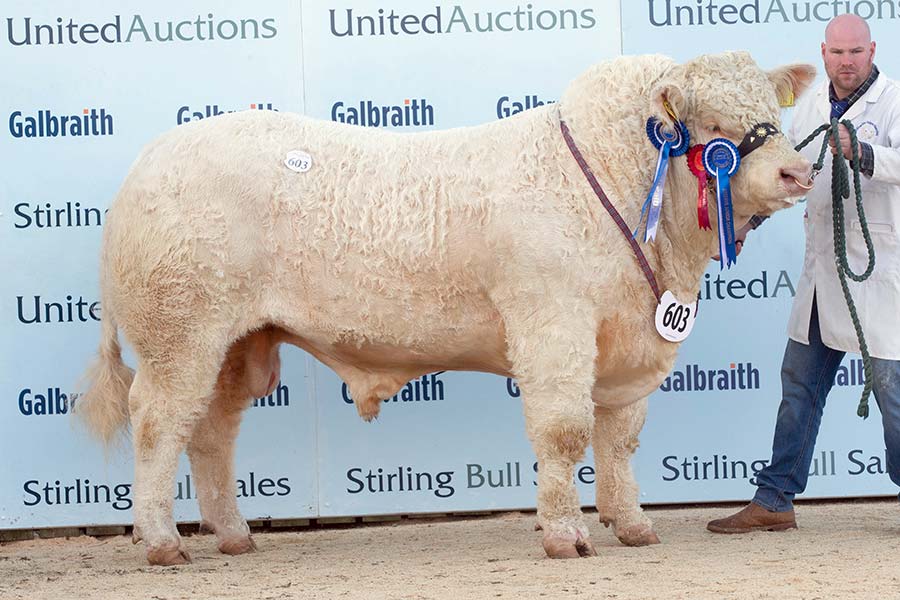 Matching this was Balthayock Octavian from an entry of six bulls from Major David and Nick Walter, Perthshire, to average £6,965.

The winning bid this time was from John Wight and Sons, Biggar, Lanarkshire. 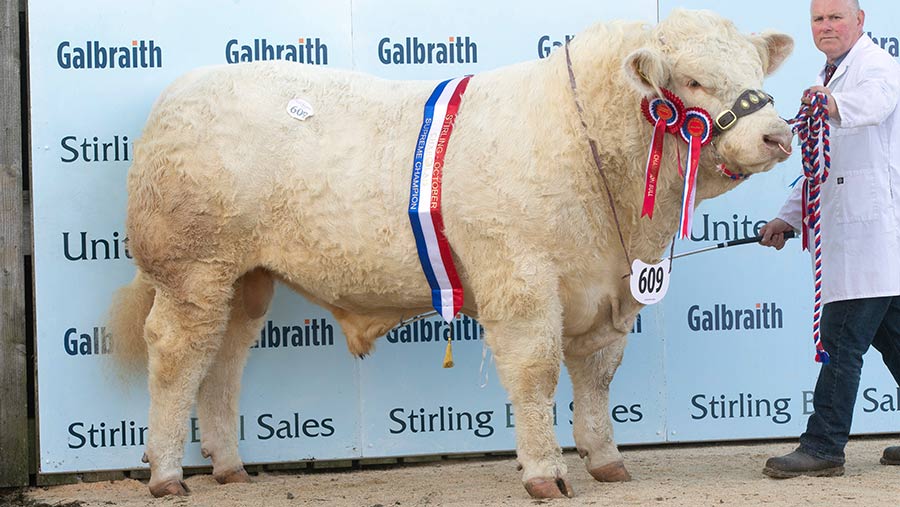 Octavian is out of the Balthayock Valentie daughter Emily and by Balthayock Ferdinand, the herd’s most successful sire to date, siring Justice and Minstral, who made 50,000gns and 46,000gns respectively.

Next at 9,500gns was Balmyle Oscar from Bill Bruce, Meigle, Perthshire, who was secured by JM Cant and Partners, Arbroath, Angus.

Oscar is out of the Maerdy Egret dam Balmyle Heather and is the first son to be offered by the 16,000gns Ovill Lennon.

Next came two at 9,000gns. First at this money was Gretnahouse Orangutang from Alasdair Houston, Gretna Green, Dumfriesshire.

He was knocked down to Edward Scott, Glamis, Forfar. 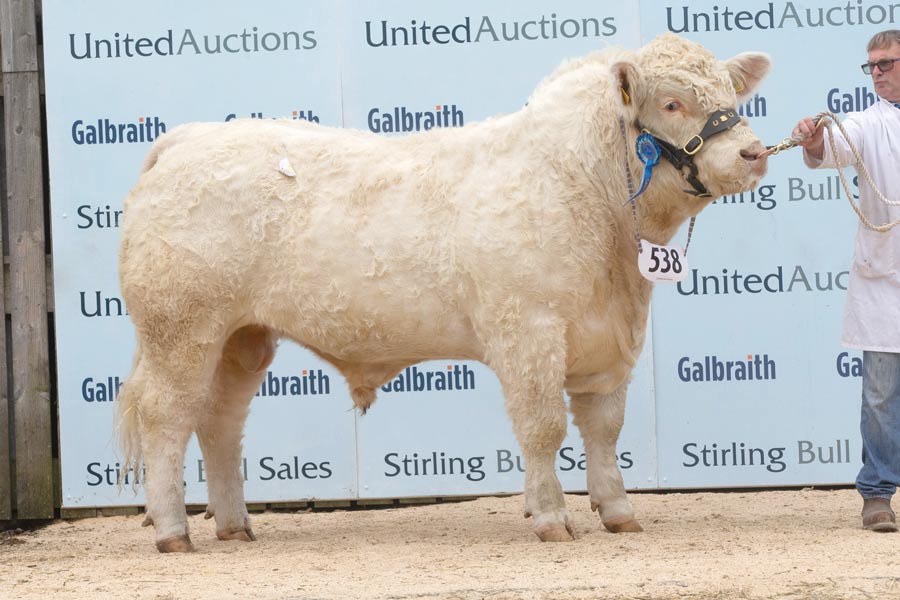 Also at this money was Tophill Olly from Andrew Scott, Canonbie, Dumfriesshire.

He is by Sandelford Harrison and out of Edenburst Georgette and was bought by Ross Farms and Co, Gorebridge, Midlothian. 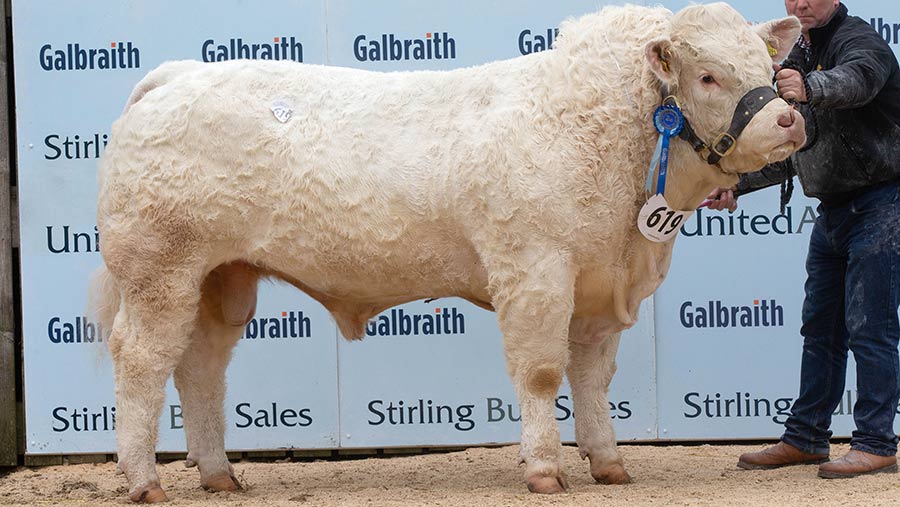