Eye-catching prices were made at the dispersal sale of John Sinnett’s Stockton flock on Saturday (27 October) as 55 shearling gimmers averaged £1,030 and rams hit 10,000gns twice.

The 204-head pedigree Suffolk operation was dispersed on farm, near Stockton-on-Teme, Worcester, ending 45 years of breeding.

A prestigious history included five National Flock competition wins and a 75,000gns bid for Stockton Almighty from the Glenho flock. 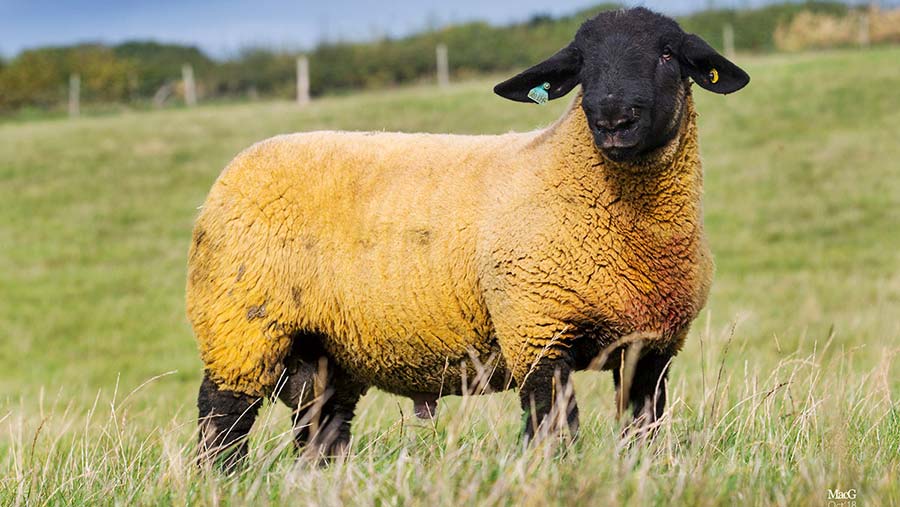 A Birness ram lamb made 10,000gns after being bought for 3,000gns at Stirling

First at this money was Crewelands Megastar son Birness Cracker. He sealed the reserve champion ticket at this year’s Stirling sale where he sold for 3,000gns with 50 straws included in the deal.

Cracker goes back to Ballynacanon Taylor Made and Annakisha Apache on his dam’s side and caught the eye of PW Poole, Battlefield, Shrewsbury.

Matching this was Cairness Corker, a December 2017-born lamb by Cairness Agent and out of a Cairness ewe. He made 20,000gns at the Stirling sale and caught the eye of Messrs Douglas, Cairness, Fraserburgh.

Corker is out of a Cloontagh Chieftan dam and goes back to Cairness Sir William on his sire’s side.

Also of note at 7,000gns was a homebred show ewe lamb, which knocked down to Messrs Turner, Longford, Derby. She is by Dol-llys Bale and out of a Rookery Barry dam. 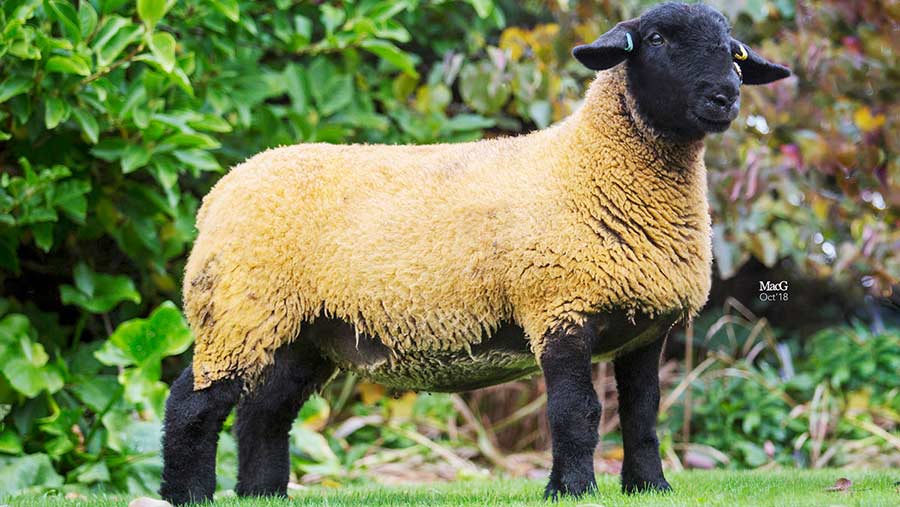 At 6,000gns was a purchase from Russell Poole, Shrewsbury, Shropshire, for use in a new flock. This December 2015-born in-lamb show ewe made history when becoming the first ewe lamb to win the interbreed at the 2016 Royal Welsh and claimed the Three Counties Show interbreed crown the following year.

She is by Irongray Black Magic and out of a Rhaeadr Mad Man dam. She was served in the second week of August to Forkins Tan. 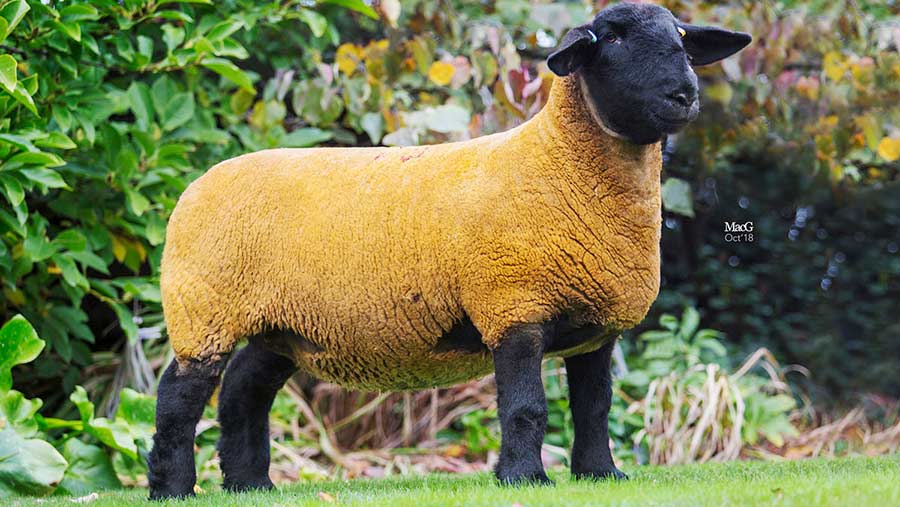 At 6,000gns was a Irongray Black Magic dam served to Forkins Tan

The Cheshire-based Boden and Davies partnership then bought the following five biggest priced lots, twice bidding to 6,000gns, once at 5,500gns and twice to 4,600gns.

First at 6,000gns was a Stockton Last Chance ewe lamb going back to Frongoy Welsh Champion. She was out of a Rhaeadr Mad Man homebred dam.

The Boden and Davies partnership then bought the mother of this female for 6,000gns. The dam goes back to Baileys BMW and Morris Les and was served in late August to Doll-llys Bale.