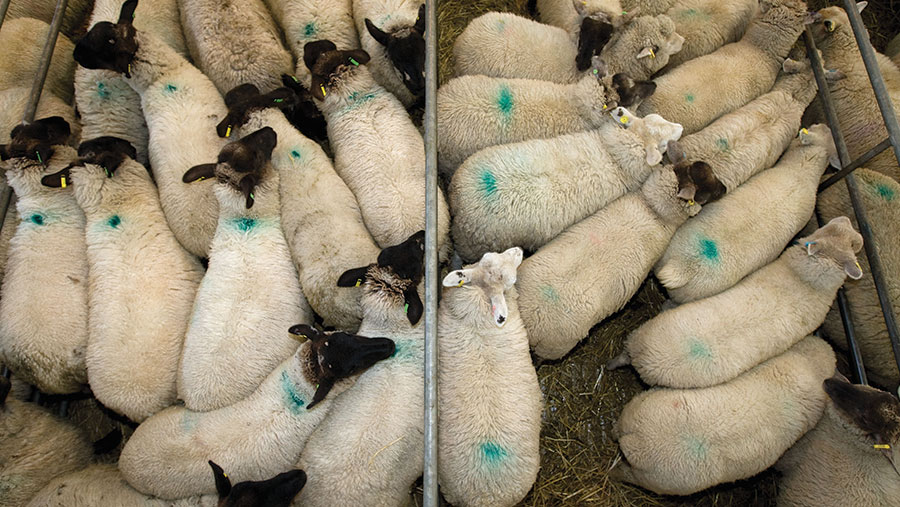 Farms offloading continental store lambs have achieved £85 a head or more, against a backdrop of rising prime prices and processors offering more than 500p/kg deadweight.

Auctioneers say there has been no shortage of confidence from store lamb buyers in the new year, following remarkably firm autumn sales.

Early store trade started on par with or slightly ahead of the previous year, buoyed by store buyers having more fodder and keep than in 2018.

However, trade has been on fire of late, with even weathered hill lambs making either side of £50 a head in the store ring.

Substantial entries of store lambs are still expected at Hereford over the coming weeks, with numbers likely to dry up in March, says auctioneer Greg Christopher.

“Store lambs are £20 dearer than in November and this is often for lesser-quality animals,” Mr Christopher said. “Averages were about £60 a head a few months ago.”

He said a lot of store buyers in Shropshire were short of thousands of lambs due to either difficulties in sourcing them or not having enough quality crops.

“The strong prime trade we’ve seen over the past three weeks has been largely export driven,” he said.

Store lamb season is all over, bar the shouting at Bentham, with an end-of-season showing of 184 head levelling at £52.26 last week (4 February).

“The way some of the fat trade is, some store lambs that are half-meated are being killed,” according to auctioneer Greg MacDougall.

He said trade really kicked off strongly in the new year, with plenty of confidence around.