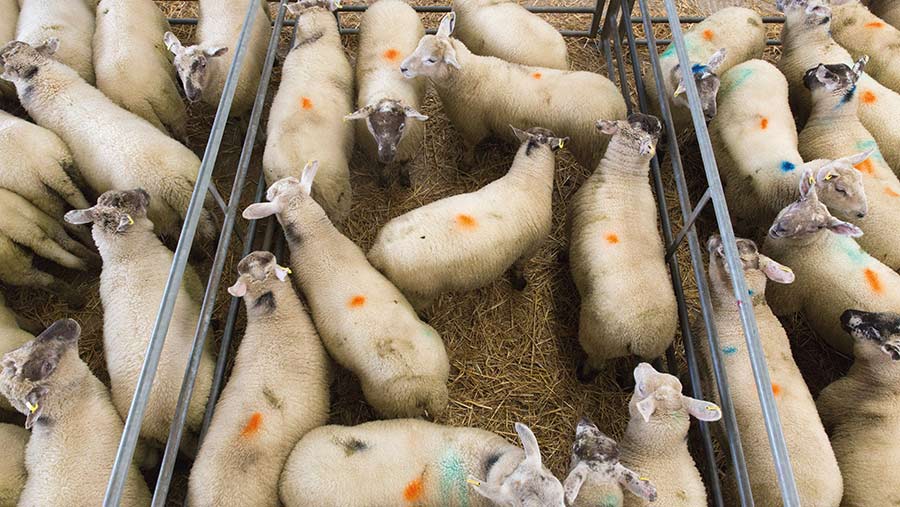 Consecutive hikes in breeding sheep trade since 2019 have sparked debate about the risk of buying running ewe lambs at what could be a market high.

The traditional system of improving young sheep to sell the following spring or autumn will continue, but buyers may show caution after a £30-£50 a head lift in trade over two years.

Analysts and auctioneers say sheepmeat demand is firm, and EU sheep numbers were back 8% on 2010 levels at just over 60 million-head going into this year.

Prime lambs continue to average £100 a head and store lambs were up £15 on the year last week (28 August) at £80 a head. With prime lamb prices so strong, many are questioning how many young breeding sheep will be bought to fatten this autumn.

Structural change in the sheep sector – as revealed by the 2021 Sheep Breed Survey – suggests more flocks are becoming closed, which could reduce the demand for ewe lamb replacements.

Tom Davies of Welshpool Livestock Sales underlined the risk of buying running lambs at such strong prices with no guarantee of shearling trade being strong next year.

Looking ahead to Welshpool’s Welsh Mule sales, Mr Davies said people were forecasting Mule shearlings to average about £185 a head.

Terminal-sired breeding females had met a very strong trade so far, he said. The best Beltex-cross Texel yearlings had made £300-£370.

Of the more maternal crossbreds, an entry of 132 Aberfields averaged £147 and three- and four-year-old Mules averaged £142.

“Trade looks like it is going to stay strong,” said Mr Hamilton. “If it was going to drop it would probably have dropped by now.”

A total of 3,300-head changed hands, which was slightly less on the year, with many farmers opting to kill sheep earlier in the year owing to strong prime lamb and cull ewe prices.

-35%
The estimated contraction seen in pure Scottish Blackface numbers since 2012 (AHDB, Sheep Breed Survey) – other hill breeds are back 15-19%