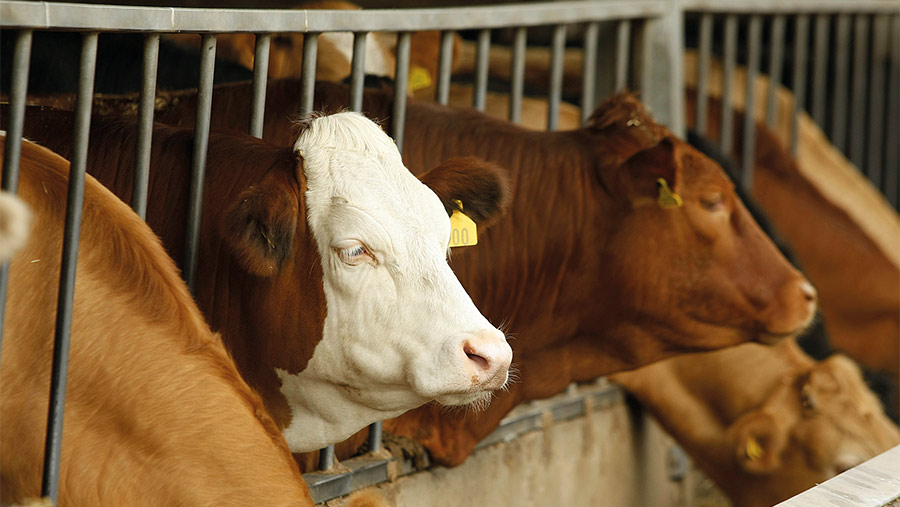 Base prices have lifted about 40p/kg since late April, adding £140-£150 to some carcass values.

But these gains have inevitably been eroded by dearer cattle, with some marts reporting a resurgence in interest in cattle, helped by recent rain and better beef prices.

A slight increase in numbers has not hampered cattle trade at Mold, where forward stores have seen a major change in fortunes of late.

“We are seeing very good numbers for the time of year,” he told Farmers Weekly. “Trade has brought cattle forward and convinced people to come to market who might have stayed away a bit recently.”

He said forward stores had lifted by about £100 a head over the past six weeks as confidence had been reignited due to deadweight contracts, but also by liveweight cattle making £1,500 a head and more.

Forward store cattle have gained 15-18p/kg since the start of the month at Market Drayton.

Auctioneer Ben Baggott of Barbers has seen rain and beef price increases keep demand for all types of cattle very keen as grass covers have increased.

He said vendors of older “yarding type cattle” had seen prices lift over a period of a fortnight in June, adding that a higher proportion of yarding animals had been making above 200p/kg.

“The rain has just helped keep interest in cattle strong again after people were starting to get short of grass,” Mr Baggott said. “The short-keep cattle that will go in a shed for 80-90 days and be finished are a very good trade again.”