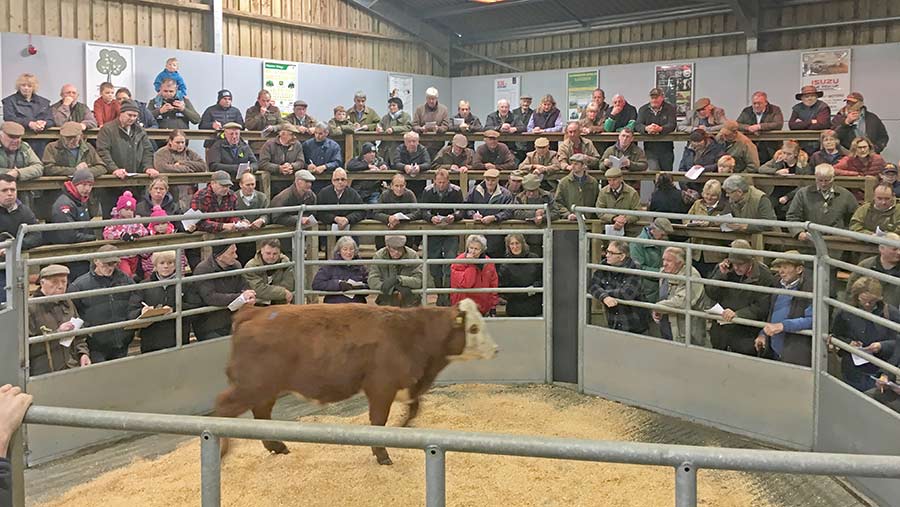 Suckled calf sales are feeling the pinch this autumn, with some averages back as much as 40p/kg, mirroring the year-on-year deficit in the finished deadweight cattle price.

Tight margins in the finishing sector have placed even more emphasis on quality in the calf ring, with heifers keenly sought-after and trade for the best continental stock holding firm.

Calf buyers are faced with a depressed store cattle market, but, with cheaper inputs and plentiful silage stocks in most areas this year, wintering costs should be more controllable.

On Tuesday, a yarding of 436 heifers topped at £700 for Charolais heifers and the show classes were won by a pen of Limousin-crosses making £595 weighing 295kg at six months. 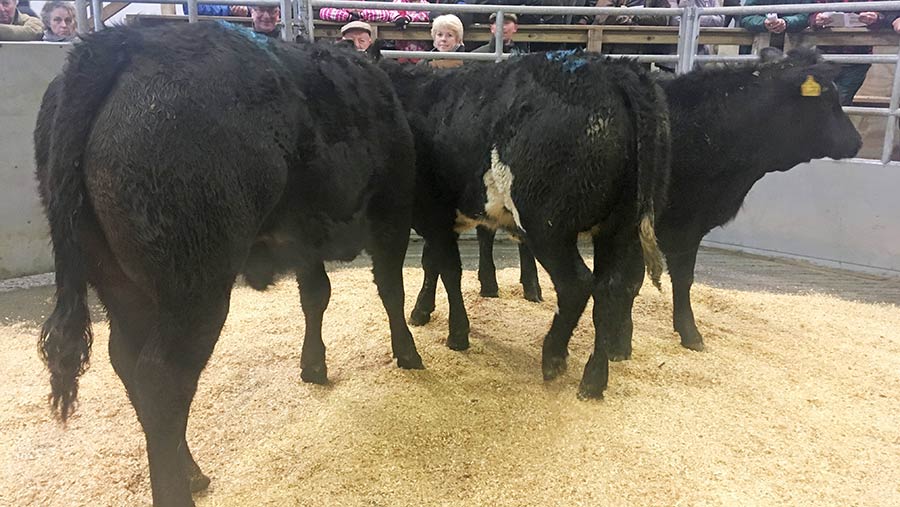 Auctioneers Peter Huntly and Gethin Rees of Exmoor Farmers Livestock Auctions reported that trade was back but stronger than expected for stock in good condition.

One market where suckled calf prices have held up reasonably well is Bakewell, where calves are better grown than last year.

Alastair Sneddon, senior partner at Bagshaws, said there had been strong demand for heifers, which could be due to anticipation of tighter weight restrictions in the future.

“The current prevailing finished cattle trade is dreadful but if you are buying suckled calves you are thinking a long way ahead,” Mr Sneddon told Farmers Weekly.

Commenting on trade for older store cattle, he said: “Finishers don’t want to get caught out and not have full sheds when the trade improves.

“They have to replace the cattle that are sold, and, in a competitive market, even if they want to pay less, they often don’t achieve it.”