Elite Suffolk females from 12 flocks went under the hammer at Borderway market, Carlisle, on Friday (9 November), producing a top call of 7,000gns.

Topping trade was an Irish gimmer from the Castleisle flock of Andrew Wilson, Shannah, Co Donegal. Sired by the 2016 sire of the year, Birness Murray, the trade topper was out of a homebred dam by Shannon Resolve. 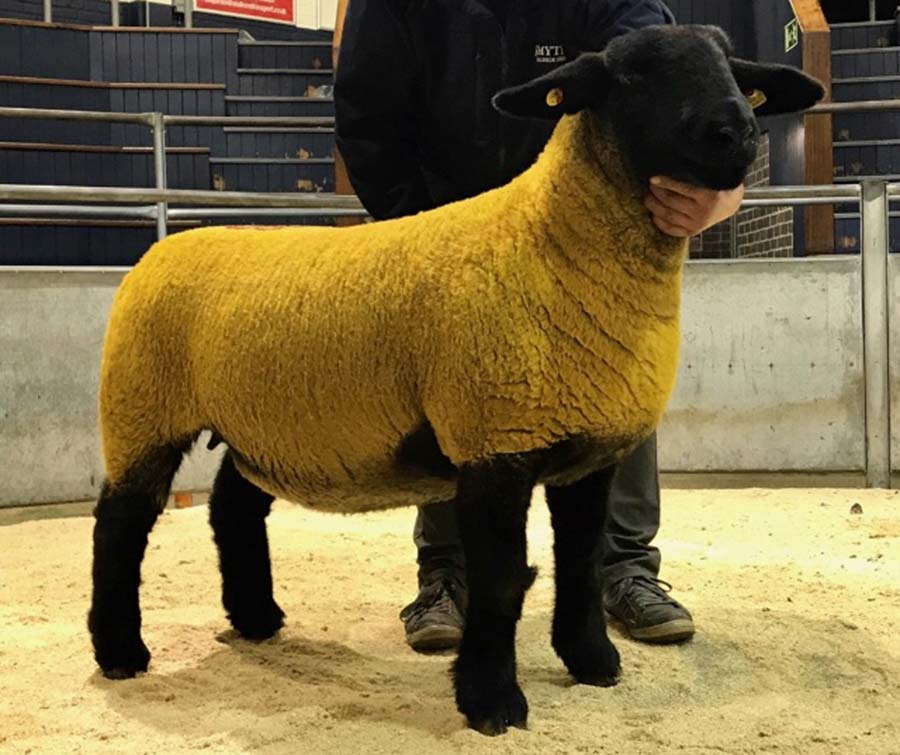 Next at 5,500gns was the Birness flock of George L Stewart, Milltown of Birness, Aberdeenshire, with a Redbrae Rambo daughter out of a Thurston Urastar dam.

This one sold scanned with twins to Messrs Paterson, Huntly, Aberdeenshire.

The Birness flock peaked at 5,500gns for a Redbrae Rambo daughter

Next at 3,800gns was a Burnview Ballistic daughter from the Devon-based Kings flock of TA Irwin, Lower Kingstree, Winkleigh, sold to Messrs Elsworthy, Chumleigh, Devon.

Being unbeaten in the show ring in 2018, this gimmer is very correct and out of a Cairness Carbon dam, going back to a Plasllewelyn female and a 12,000gns Cairness gimmer.

She sold with a recipient ewe carrying her embryo that was sired by Birness Bang Tidy.

At 3,600gns was another Kings gimmer by Burnview Ballistic that sold to a Devon breeder, this time Messrs Lawrence, Winkleigh, Devon.

This lot is out of a Kings Cabul daughter and sold scanned with twins to Lavenham Aven’um.