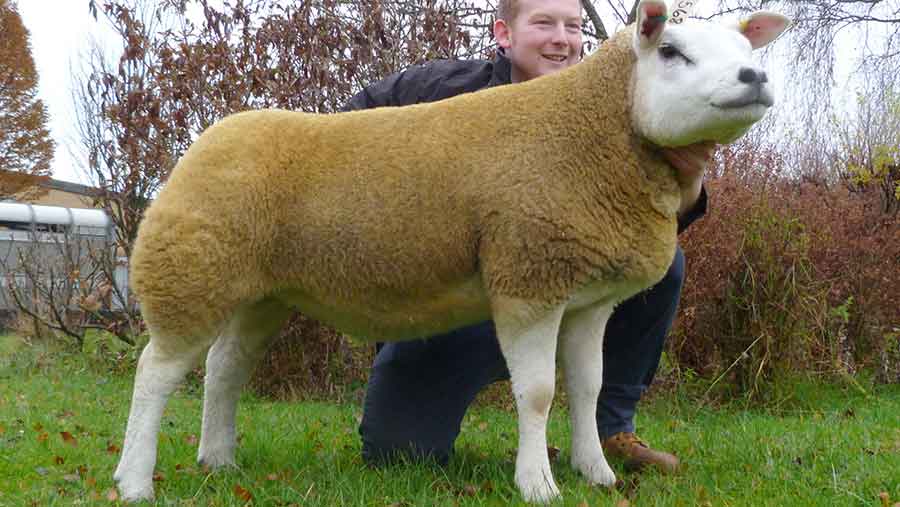 A late entry from the Sportsman and Mellorvale flock led trade at 15,000gns at the Christmas Stars Texel sale at Borderway Mart, Carlisle, on the weekend (3 December).

Trade topper was the flock’s 2016 show gimmer BGS 1501682. Sired by Knap Vicious Sid and out of a dam by Milnbank Special One, she is a maternal sister to the 8,500gns Uniroyal and stood second in her class at the Royal Welsh Show. 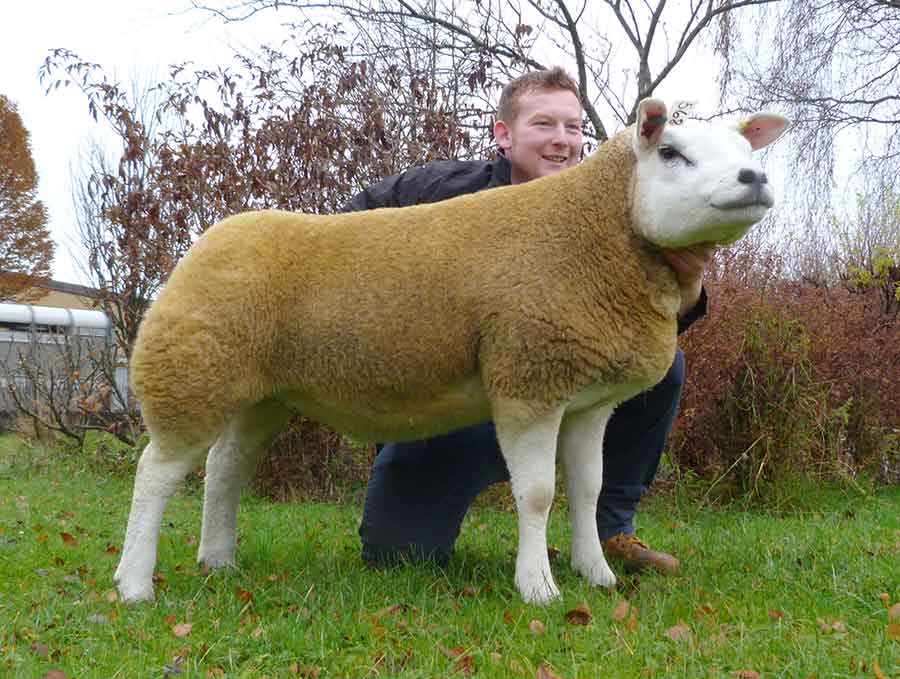 She was the pick of JC Innes and Sons, Huntly, Aberdeen, and sold carrying a single by the 52,000gns Clintery Yogi Bear as luck.

Selling for the day’s second highest price of 13,000gns was gimmer from the same stable and also sired by Knap Vicious Sid and out of a dam by Tullylagan Tonka. This one sold to R Evans, Hope Valley, Shropshire, having also been served to Yogi Bear. 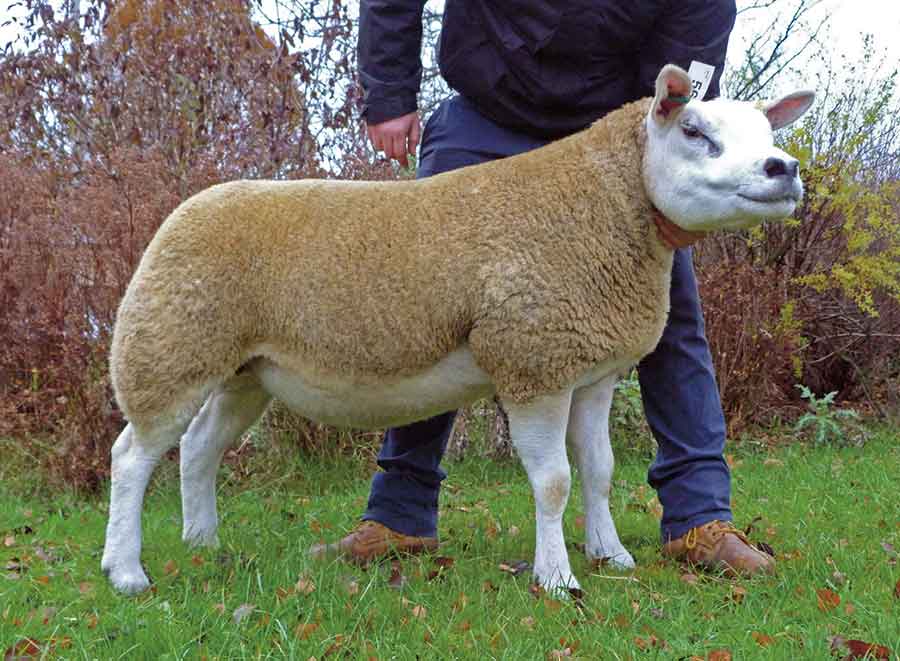 First of these was Knap CKP1500210(E) from Robert Cockburn, Errol, Perthshire. Sired by Tamnamoney Tuborg Gold, this gimmer is out of a dam by Baltier Rascal and sold to KA and R Campbell, Lochgoilhead, Argyll, having been served to Clintery Yuga Khan.

Next at this money and recouping some of his earlier outlay was Jim Innes with IJS1501358. This Aman Vyrnwy daughter is out of a dam by Glenside Razzle Dazzle and sold in-lamb to the home-bred Strathbogie Yes Sir. She was bought by Kenny Pratt for the Hilltop flock, Peterculter.

The final five-figure bid of the sale came for Robbie Wilson’s best of the day, LYM1501843 from his Milnbank flock, Huntly, Aberdeen. This one is a Glenside Valhalla daughter out of a dam by Teiglum Tornado and sold in-lamb to Strathbogie Yes Sir. Buying this one was WK Duthie, Brechin.