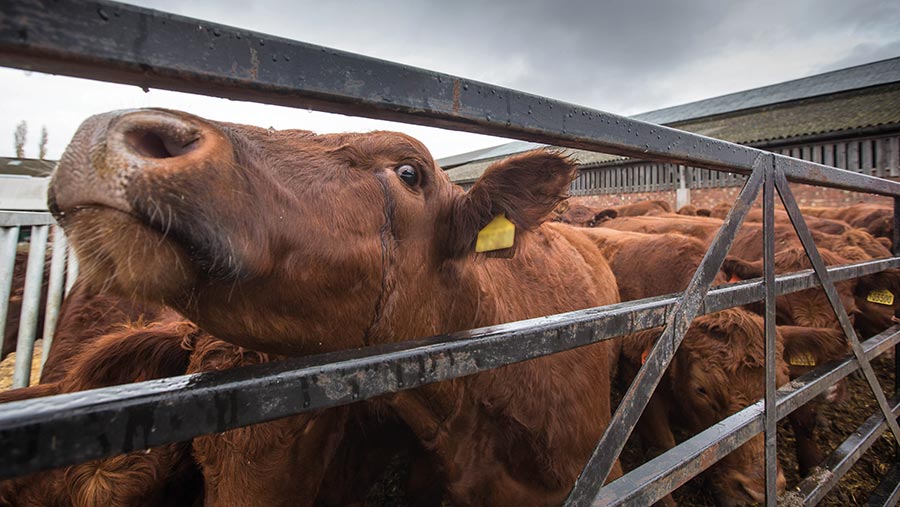 Appalling scenes of conflict in Ukraine have shaken world markets and lifted costs beyond previous breakeven points of 420p/kg for beef finishers.

A £50-£100 a head jump in store cattle in mid-February had already led to calls for higher base prices. This was after the Ukrainian conflict pushed March wheat contracts to £245/t.

Forecasts are for firm prices until May, possibly July. Both Irish (Bord Bia) and UK (AHDB) figures suggest more cattle will be available in the second half of the year.

Trade is flying at Rugby and U-grade cattle are regularly coming to 280-300p/kg. But auctioneer Tom Wrench said lessons should be learned from lamb prices.

He said a shortage of cattle was evident, and was made worse at Rugby by several finishers giving up and TB restricting farms to using approved finishing units.

“Gold can be too dear,” said Mr Wrench, warning that expensive lamb was taken off restaurant menus.

“We can’t price ourselves out of the market – though the saving grace for beef is steak is popular for people eating out.”

Thirsk’s Thursday sales have seen about 250-head of clean cattle and bulls, with the past three months seeing half the cattle making 260p/kg or more.

Auctioneer Tony Thompson added that during one week 31 cattle made more than 300p/kg, underlining how best-grading continentals were in short supply.

“It’s difficult to say whether butchers and retailers can pay more, as trade has already found a new level from 12-18 months ago,” he told Farmers Weekly.

He said seeing 10- to 11-month-old stores at £1,300 was a “bit frightening” for commercial finishers, but he stressed everybody in the supply chain needed to make a bit of profit.

February and March store trade had been as dear as April store trade in recent years, Mr Thompson added.