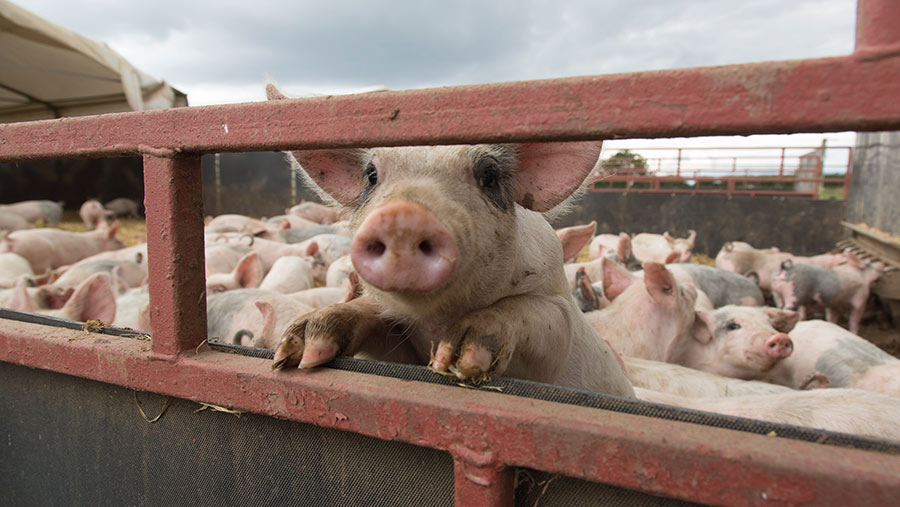 An industry figure of 14,000 pigs welfare-killed and rendered has been called a “massive underestimation” of the rising national death toll of animals being removed from the supply chain.

Pig farmers are faced with the task of killing healthy pigs en masse due to backlogs created by a labour shortage in the processing sector and a pig price 30-35p/kg below cost of production.

The Foodchain and Biomass Renewables Association said one of its members was taking 150t of culled pigs a week, which would amount to 1,000 overweight pigs at 150kg.

Dr Davies predicted a potential hole in supply in the coming years after sow culling and industry exits. The UK standard pig price of 144p/kg is well short of the 175-180p/kg that many farmers need to cover costs.

Weaner and store pigs have become very difficult to value. The AHDB’s most recent 30kg weaner “weekly” price was on July 31 and was £4 a head back on the year at £56.

A steady, if slightly disappointing, liveweight trade in October came under severe pressure from larger numbers of pigs coming to market this month.

This took 26% off the Livestock Auctioneers Association’s finished pig average over four weeks. Values fell from 114.36p/kg liveweight to 84.1p/kg.

This is despite the shorter supply chains and higher-value markets of the liveweight buyers, which have seen prices propped up by catering outlets, direct selling and farm shops.

Best pigs tend to be around £90, with the very biggest finished pigs grossing £100 or slightly more at some centres.

Jim Long of genetics company Genesus said this could mean pork supply is tightening because of disease and farms exiting the industry after losing £75-£140 a pig.

Dr Davies said rising Chinese demand should help the woeful labour situation because processing plants – apart from the three sites that have been delisted for Chinese trade – needed to cut a carcass into only six cuts for export.